In Conversation With Doug Aitken: What Is the Future of Landscape Art? 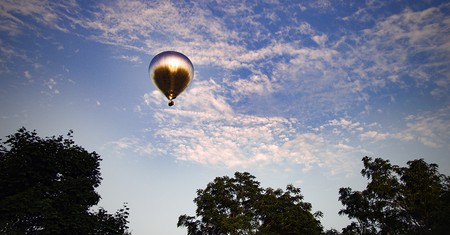 With one of the most inquisitive minds in contemporary art, Doug Aitken is characterized by his lateral thinking and perennial musing on modern culture. Aitken’s newest project ranks among his most ambitious to date: a reflective hot air balloon that facilitates multidisciplinary discussions about the future, while also elevating the idea of the American road trip. 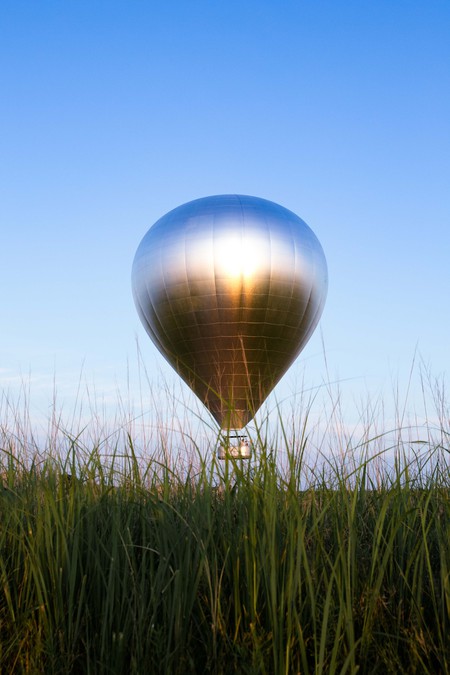 It’s morning at Long Point Wildlife Refuge, an Arcadian stretch where woodlands meet salt and freshwater ponds, sand dunes and beachfront. Long Point is one of the largest publicly accessible properties on the island of Martha’s Vineyard – its 600-plus acres (250 hectares) of sundry landscape are meticulously tended to by the historic Massachusetts-based conservation organization The Trustees.

On a grassy field inside the reserve, a powerful fan battles coastal gusts to inflate a 100-foot (30-meter), Mylar-coated hot air balloon by the LA-based contemporary artist Doug Aitken. The imposing mobile sculpture is Aitken’s lofty vision of a 21st-century journey and the centerpiece of New Horizon, a project designed to mirror the landscape and reflect upon the future of humankind. 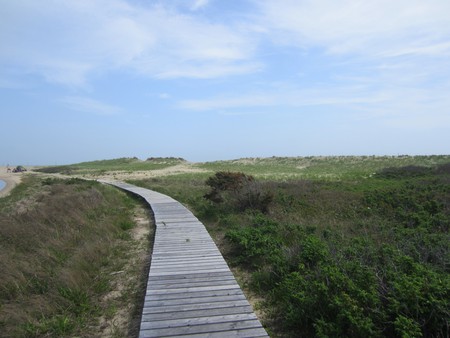 Aitken is like a Pop artist for the modern age – not in terms of his style but because of his acute sensitivity to the forces that make contemporary society tick. His projects hover in conceptual spheres like time, technology and migration – from the way we move through the world to the matrix of interactions that occur along the way. In an effort to promote an exchange of thoughts about our collective future, he honed the idea for an aerodynamic vessel fit to travel across seven Trustee-run properties from Martha’s Vineyard to the Berkshires. Each flight is paired with a so-called ‘happening’ wherever the balloon touches down, an event that includes evening discussions with leading visionaries across disciplines as well as live musical performances. Outfitted with thousands of lights, the balloon itself becomes a luminary in the darkness.

New Horizon is the fourth iteration of Art & the Landscape, a recurring public art program organized by Boston-based independent curator Pedro Alonzo in partnership with The Trustees. Aitken chose to deviate from the format of all three preceding Art & the Landscape commissions; while Sam Durant’s The Meeting House (2016), Jeppe Hein’s A New End (2016) and Alicja Kwade’s TunnelTeller (2018) were stationary monuments forged in reaction to singular Trustee-owned properties, Aitken created a variable and migratory phenomenon with the capacity to travel across any and, theoretically, all of the 118 Trustee sites in Massachusetts. 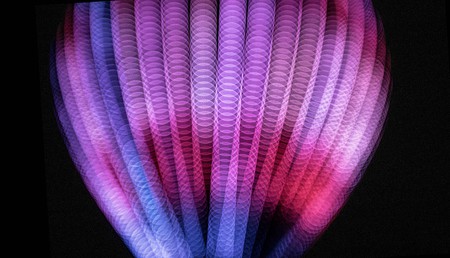 “Landscape projects are incredibly important to culture,” Aitkens explains. “The possibilities are infinite, but the idea also speaks to how we see reality in the 21st century. We’re moving faster and there’s more information than ever – images and experiences speed by, and they’re flattened and they don’t have roots. It’s created a [demand for] natural things. We want physical, tactile experiences in a completely new way. It’s different from the Land Art movement of the 1960s and ’70s. I challenged myself to come up with something that could change continuously.”

At the vanguard of the avant garde, Aitken works in the outermost reaches of each art form he employs, whether it’s film, lightbox, sculpture, sound or installation. The California native has sought innumerable ways to buck the conventions of art since his youth, when he cultivated an early practice of experimenting with found objects. Following his formal studies under illustrator Philip Hays at the Art Center College of Design in Pasadena, he temporarily relocated to New York City in the 1990s and found lasting representation with Manhattan’s powerhouse 303 Gallery, where some of the biggest names in cutting-edge contemporary art – including Thai performance artist Rirkrit Tiravanija, German photographer Andreas Gursky and American video, performance and installation artist Vito Acconci – have exhibited.

While Aitken’s work has been the subject of innumerable museum and gallery exhibitions around the world, he’s certainly no stranger to place-based projects. His seminal showcases include Underwater Pavilions (2016), a trio of submerged sculptures moored to the seabed off the coast of California’s Catalina Island, and Mirage (2017), a mirrored ranch-style house that traveled from a SoCal desert to the derelict interior of Detroit’s once-grand State Savings Bank and the Alpine heights of Gstaad, Switzerland, where it will remain on view until January 2021. In 2013, Aitken transformed a train into a kinetic light sculpture and sent it from New York City to San Francisco with 10 stops-turned-events in between. 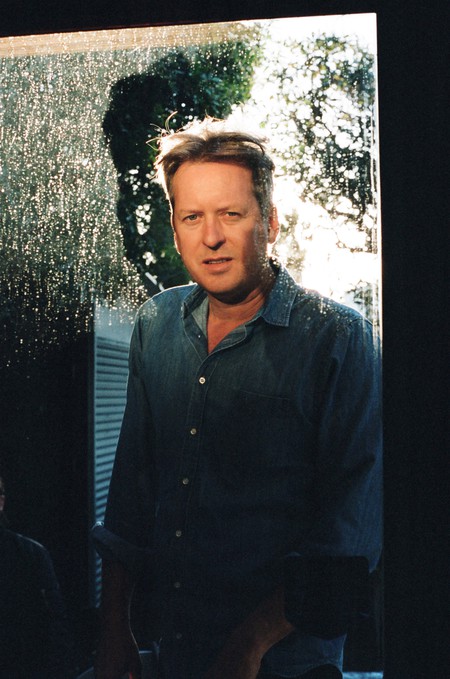 Movement is an integral and recurring theme in Aitken’s work. “I guess I’m just restless,” Aitken says with a laugh. “[Migration is] a subject that taps into the history and probably the future of humankind. We find ourselves in constant motion with a sense of discontentment, always seeking something else. The idea that there’s this continuous flow and flux not only in the landscape around us but the planet itself is such a relevant topic to our time.”

In keeping with the artist’s penchant for perpetual motion, the Mylar laminate composition of his latest venture makes New Horizon mutable throughout the day and from site to site as it reflects the mercurial New England weather, shifting light values and, most important, the landscape below. Alonzo calls the balloon’s airborne journeys between stopovers “spots for the unexpected”: an unforeseen, wonder-inducing experience for anyone who happens to catch the balloon in transit.

Up next for Aitken is a show this fall at London’s Victoria Miro gallery, “which is intentionally inside a white cube gallery space,” the artist says. “But the show is completely kinetic, so all the sculptures create a composition of light and sound as you walk through. I want each of my projects to have a distinctive personality. As a result, you create projects and they take you somewhere. Sometimes it’s comfortable, sometimes it’s uncomfortable, but they take you on a journey. That’s one of the most compelling things about art.”

As for New Horizon, the fate of Aitken’s levitating spectacle remains to be seen; but the artist is known to breathe new life into existing projects across locations, so keep an eye on the sky.

“Art can be anything – it can take any shape or form. I think great art happens when the viewer merges with something that’s been created, and the space in between evaporates,” Aitken says. “I also love the idea of a dialogue. Culture isn’t singular. Culture is a dinner where you can talk about anything with anyone. It defies genres.” 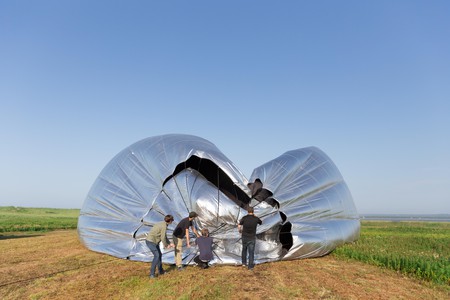 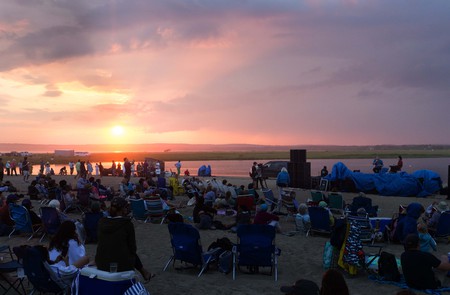 New Horizon launched from Long Point on Martha’s Vineyard on July 12, 2019, and went on to stops at the Holmes Reservation in Plymouth, July 17-19; deCordova Sculpture Park and Museum in Lincoln, July 20; Castle Hill on the Crane Estate in Ipswich, July 21-22; Field Farm in Williamstown, July 25-26; a stopover at Naumkeag on July 27; and a return to Field Farm for its final appearance on July 28. Visit The Trustees’ website for ticket information. Aitken’s London show will be at Victoria Miro gallery from October 2 to December 20, 2019.