If You Live in These U.S. States, Drone Deliveries Might be in Your Future 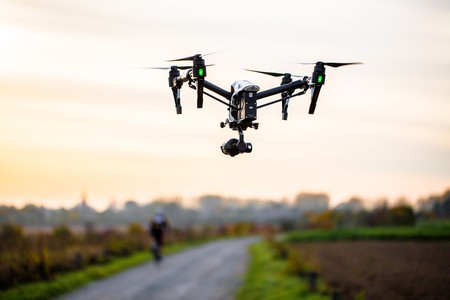 Drones are the future of delivery | © LaurentSchmidt / Pixabay

There are 10 states that are testing out autonomous drone piloting systems, and shockingly Amazon is not involved.

Don’t be surprised if you soon see unmanned drones soaring through the night sky, delivering goods, checking agricultural crops, or even acting as search and rescue teams—all beyond the line of sight of a human pilot. The future is here, and the future is robots at your door.

In May, the U.S. Department of Transportation and the Federal Aviation Administration (F.A.A.) announced 10 regions chosen to participate in the Unmanned Aircraft Systems (U.A.S.) Integration Pilot Program.

Overseen by Trump-appointed transportation secretary Elaine Chao, the new initiative’s goal is to speed up the integration of autonomous drones into the U.S. airspace by teaming up with drone-technology companies and small regions countrywide to conduct tests, in the hopes of informing future nationwide regulations on drone deployment. In layman’s terms: drone deliveries are coming to the United States. 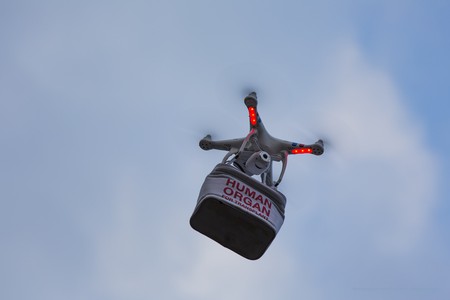 Over the next three years, the chosen areas will conduct various drone operation tests, such as food and medical supply delivery, border patrol, and agricultural inspections. What’s even more interesting? The F.A.A. received 149 proposals for its pilot program and carefully chose 10 companies to participate. Surprisingly, Amazon didn’t make the cut.

“While it’s unfortunate the applications we were involved with were not selected, we support the administration’s efforts to create a pilot program aimed at keeping America at the forefront of aviation and drone innovation,” said Brian Huseman, vice president of Amazon Public Policy, in a statement. “At Amazon Prime Air, we’re focused on developing a safe operating model for drones in the airspace and we will continue our work to make this a reality.”

Although the thought of drone pilots is scary to some, the technology, when implemented correctly, can actually help save lives. Drones helped Puerto Rico turn the lights back on after Hurricane Maria, and are rescuing beachgoers in Australia. When it comes to delivering goods, they can help expedite shipments (who doesn’t want that?) and reduce the environmental footprint of home deliveries. 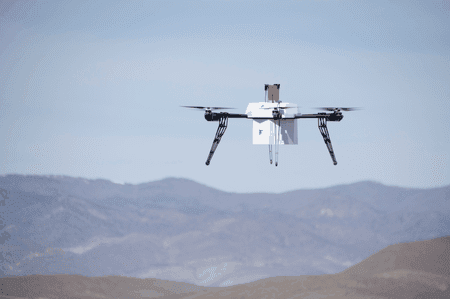 Here’s the lowdown on the regions that will be participating in the U.A.S.:

Nevada can now add robots to its list of mysterious inhabitants. Reno will be working with Flirtey, one of few drone companies to carry out officially-sanctioned unmanned drone tests in the U.S., to test delivering medical equipment. The hope is that a single drone could save 28–34 lives a year because of its ability to fly across the city at any hour of the day and night.

North Carolina’s transportation department is teaming up with Zipline, a medical drone delivery startup, to test delivering blood around the state. Zipline is already doing something similar in Rwanda, where it is currently delivering 20 per cent of the blood shipped across the African country. Additionally, North Carolina is working with the Israeli startup Flytex—which recently launched an autonomous drone delivery service in the suburbs of Reykjavik, Iceland—and Apple to help improve its mapping app by using drones.

The city and surrounding county are partnering with the Tennessee Airport Authority, Agricenter International (an agricultural research nonprofit), Flirtey, and FedEx, to inspect FedEx aircrafts and potentially develop drone deliveries.

The county is teaming up with the local mosquito control group to control and manage the mosquito population with a 1,500-pound autonomous drone. (Note: commercial and hobbyist drones weight a few hundred pounds, at most.)

Drones are the future of delivery | © LaurentSchmidt / Pixabay

Kansas is partnering with state universities, Flirtey, AirMap, and the local department of transportation to find ways to safely integrate drones into the airspace, and will test drones in agricultural operations, disaster response, and power plant inspection.

Oddly enough, North Dakota has become a hub in drone research in recent years. The state’s transportation department released a statement saying they wish to “explore new uses for unmanned aircraft, such as monitoring critical infrastructure and working with law enforcement and emergency services to speed up response times during events such as flooding, blizzards, and finding missing persons.” The state plans to work with local universities, including the drone research facility in Grand Forks, and AirMap.

The state is teaming up with the University of Alaska-Fairbanks to inspect pipelines in harsh weather conditions, and also plans to test using drones to inspect wildlife and fish stocks, aid in search-and-rescue operations, and deliver packages to remote areas.