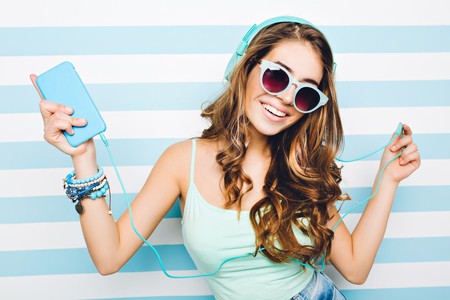 Even psychopaths enjoy a banging tune and scientists have revealed that they’re more likely to kick back to Justin Bieber’s music.

A new study by Pascal Wallisch, professor of psychology at New York University, and Nicole Leal, a recent NYU graduate, tried to establish whether there was a correlation between music taste and psychopathy.

Bieber’s What Do You Mean, Eminem’s Lose Yourself and Blackstreet’s No Diggity are all included in the list of songs found to be more popular among individuals who score high on the psychopathy scale.

But if you’re a fan of Dire Straits’ Money for Nothing, country song Wayward Wind and The Knack’s My Sharona, you can breathe a sigh of relief as these weren’t popular.

The researchers gave a questionnaire to more than 190 NYU psychology students asking them to rate their level of psychopathy.

Students were presented with phrases such as: ‘for me what’s right is whatever I can get away with’ and ‘love is overrated’. Then they listened to songs from a variety of genres ranging from classical to recent Billboard 100 songs and rated them on a seven-point scale.

The study found that there was a general trend of likes and dislikes for about 20 songs.

Asked about his own taste in music, Wallisch replied: ‘I’m really not interested in music at all.’

The findings have yet to be published but were presented recently at the Society for Neuroscience meeting in Washington, DC.