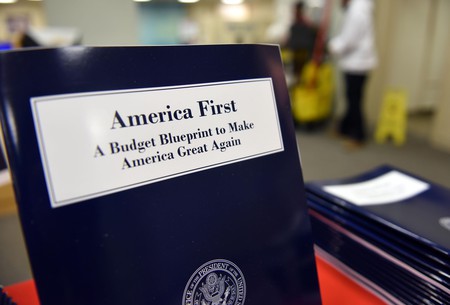 When Trump first unveiled his proposed budget plan last Thursday, one thing became immediately clear: the American people can expect a lot of changes. Totaling $54 billion in spending cuts, few agencies and federal programs will be spared the guillotine in Trump’s new administration.

When running for president, Trump’s rallying cries to “Drain the Swamp” resonated with many fed-up Americans who presumed a drained swamp in Washington would mean a purge of corrupt politicians. Flash forward to today and it seems “draining the swamp” means depleting funds for education, health and travel.

Trump’s budget proposal impacts every facet of American society – regardless of political leanings – only promising to increase spending on Homeland Security, Defense and Veteran’s Affairs. One of the industries taking a hit in Trump’s proposed budget is transportation and travel.

“While the Trump Administration’s discretionary budget outline will be changed significantly by Congress before being enacted, it does show the administration’s priorities on travel and transportation,” says Skift senior staff writer, Andrew Sheivachman, to Culture Trip. “The administration envisions targeted cuts to the TSA, along with serious cuts to Amtrak that would essentially limit its operations outside the Northeast United States.”

The Department of Transportation is expected to receive $2.4 billion less than the previous year (a 12.7 percent decrease in funding). The budget cuts promise to reduce or completely eliminate funding to Amtrak, TIGER Transportation Grants and the TSA. Let’s break this down.

Trump’s current budget proposal will provide fewer regional flights and trains to states that, ironically, voted for him. Notably, Amtrak would lose significant federal support as efforts are focused on Amtrak servicing its Northeast Corridor over nationwide routes.

Perhaps Comedian John Oliver said it best during his recent episode of Last Week Tonight: “Trump’s rise was fueled by people in red states who were justifiably irritated that liberals sometimes refer to them as ‘flyover country.’ But this budget could literally turn some of them into flyover country, because there would be no other option.”

Budget Cuts to the TSA
TSA would face a $500 million budget cut under Trump’s proposed plan. “What you’re seeing is a strategy to use cuts to the TSA (and Amtrak) to pay for increased border security and a new border wall,” explains Sheivachman. “Many travelers will likely be affected by increased border security when traveling by air or ground, and cuts to the TSA could help exacerbate problems in an organization that is already understaffed. This could mean longer security lines at airports around the country.” 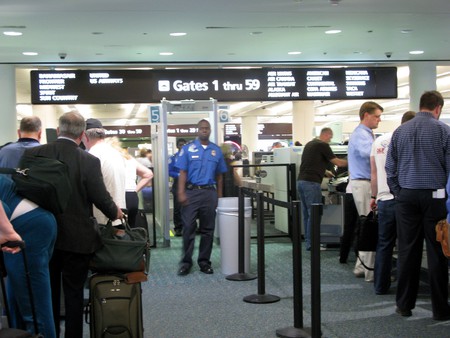 TIGER is responsible for investing in road, rail, transit and port projects around the United States. The cutting of TIGER – along with many of the other federal programs facing budget loss – hardly makes sense. According to a statement from TIGER, “Demand for the 2016 TIGER grant program continued to far exceed available funds. The DOT received 585 eligible applications from all 50 States, and several U.S. territories, tribal communities, cities, and towns throughout the United States, collectively requesting over $9.3 billion in funding.” Despite the need for TIGER Grants and investment in transportation projects across the country, Trump’s plan seeks to eliminate the program entirely.

Trump’s budget plan impacts Americans regardless of economic standing, education level or political leaning. It doesn’t matter if one is living in a large metropolitan area or rural America, the federal programs that Trump’s administration hopes to defund are essential to protecting the environment and aiding our society.

From a travel standpoint, Trump’s budget cuts offer the greatest irony to a campaign platform that promised to ‘Make America Great Again’. On the campaign trail, Trump made sweeping promises to unite the American people, but his budget cuts will quite literally sever the transportation routes that connect metropolitan and rural America.