How to Spend a Wonderful Week in Jackson Hole This Winter 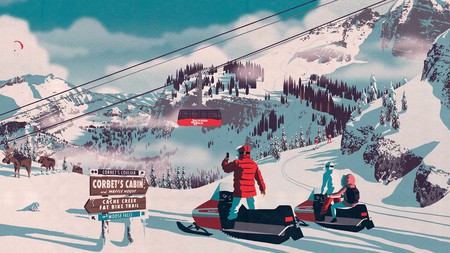 With world-class skiing, abundant wildlife and easy access to both Yellowstone and Grand Teton national parks, its outdoor adventures make Jackson Hole, Wyoming, a perfect winter escape – especially in a time of social distancing. While there’s plenty to keep you occupied for a longer stay, it’s possible to fit the highlights into a shorter trip. This one-week itinerary will guide you through the best Jackson Hole has to offer.

Pick up a locally roasted coffee and a breakfast sandwich from Cowboy Coffee Co on Jackson Town Square – you’ll need energy for exploring Grand Teton National Park. For spectacular views of the 13,775ft (4,267m) Grand Teton, take the Taggart to Jenny Lake section of the Teton Park Road, which is groomed for skiers and has a snowshoe track – cross-country skis and snowshoes are widely available to rent from local outfitters such as Skinny Skis. After a day of skiing, make the short drive from town to family-owned Dornan’s for a beer and pizza overlooking the Tetons and Snake River. 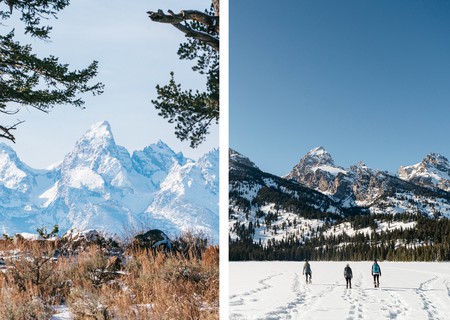 Get acquainted with Jackson Hole’s original inhabitants on a four-hour wildlife tour with Jackson Hole Wildlife Safaris. A naturalist guide will take you through the National Elk Refuge – where the largest migrating herd in North America spends the winter – and Grand Teton National Park, to spot critters such as moose, foxes and trumpeter swans. After the tour, have lunch at Palate, the in-house restaurant at the National Museum of Wildlife Art, which overlooks the Elk Refuge, before exploring the museum’s robust collection of wildlife art, some of which dates back to 2500BCE. Finally, head to Teton Village to shop for locally designed cold-weather gear at Stio and chic womenswear at Rodeo, then treat yourself to a dry-aged steak and cocktail at Westbank Grill inside the Four Seasons. 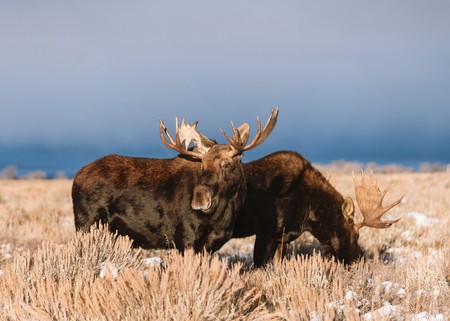 For skiers and snowboarders, spending at least a day at Jackson Hole Mountain Resort is a must. Catch Big Red, the resort’s famous aerial tram, which soars 4,139ft (1,261m) in just 12 minutes, all the way to the summit of Rendezvous Mountain. Once there, grab a breakfast to-go of gourmet waffles at Corbet’s Cabin, a converted 1966 ski patrol shack that overlooks Corbet’s Couloir, a chute with a 20ft (6m) free fall that’s often described as America’s scariest ski run. Those still finding their ski legs can take the Sweetwater Gondola for easy access to intermediate and beginner terrain, or visit Solitude Station, a new learning center for kids aged seven and up, as well as adults of all ability levels. For an après-ski option that you can enjoy outside, grab a to-go “sloshie” – Jackson’s take on a frozen daiquiri – from Bodega, in Teton Village, followed by a hearty dinner from James Beard semifinalist Teton Thai, which also offers takeout. 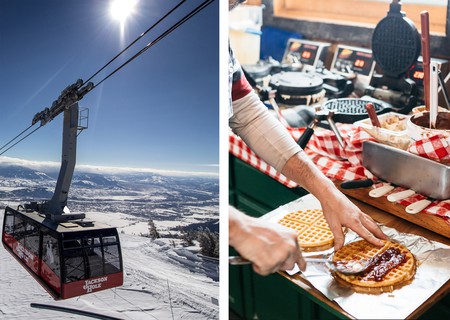 Take the aerial tram to the summit of Rendezvous Mountain, where you can chow down on fluffy waffles from Corbet’s Cabin | © VisitJacksonHole

Start the day with a latte and a cinnamon brioche from Persephone, a James Beard semifinalist French bakery in downtown Jackson. Rent a fat-tire bike from Teton Mountain Bike Tours, and make your way to the Cache Creek trailhead for 15mi (24km) of groomed trails and elevation gains that will get your heart pumping. Afterwards, head back into Jackson for a burger and shake at Jackson Drug, a rehabbed century-old soda fountain. Spend the afternoon browsing locally crafted gifts and accessories at MADE, chef’s knives etched with Teton silhouettes at New West Knifeworks, bison fur hats at Mountain Man Toy Shop, and high-end home décor at Mountain Dandy Showroom. End the day with an aperitivo and some homemade pasta at Glorietta, the cozy trattoria at the Anvil Hotel. 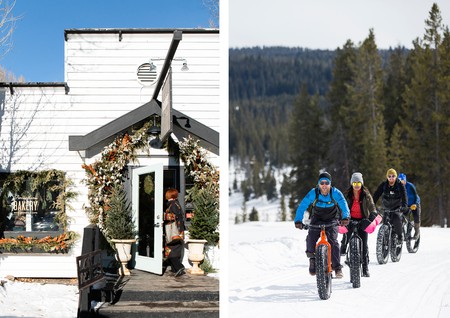 Left: stop by the French bakery Persephone for a pastry breakfast | Right: Fat biking is a more thrilling way to get to know the landscapes of Jackson Hole | © Lindley Rust / VisitJacksonHole

Though summer is the most popular season at Yellowstone, the park is at its most magical in winter, with its steaming geysers and shaggy bison dusted in snow. Due to seasonal road closures, the best way to see the park at this time of year is to book a tour via snowmobile or snow coach – an enclosed, over-snow vehicle with fat tires – that will take you to sights such as the Grand Canyon of the Yellowstone and, of course, Old Faithful geyser. For a shorter adventure, you can drive to the park’s South Gate, and hike just over a mile (1.6km) to see the 30ft (9m), geothermally heated Moose Falls. Upon returning to Jackson, eat dinner at the Snake River Grill, which has been serving acclaimed New American cuisine, in a homey cabin setting on Jackson Square, for over 25 years. 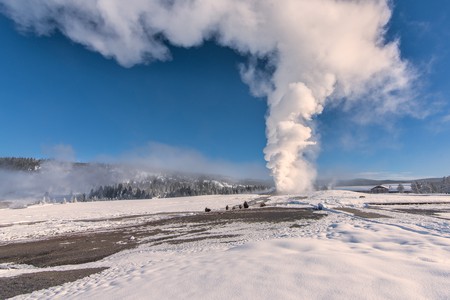 Fuel up with a breakfast burrito from local favorite DOG, before heading to Wyoming’s oldest ski resort, Snow King Mountain, a 15-minute walk from the center of town. In addition to 400 skiable acres (162ha), the mountain has three groomed snow-tubing tracks, as well as the Cowboy Coaster, a thrilling mountain ride that boasts stunning views of the Tetons. For those who really want to get a workout, the mountain also offers uphill passes so you can hike or ski up and ski down, while night skiing is possible Monday to Saturday from 4pm to 7pm. At the end of the day, pick up some sashimi, sushi rolls or ramen at King Sushi, which offers some of the freshest fish in the valley from a former blacksmith’s cabin, and is currently open for pick-up only. 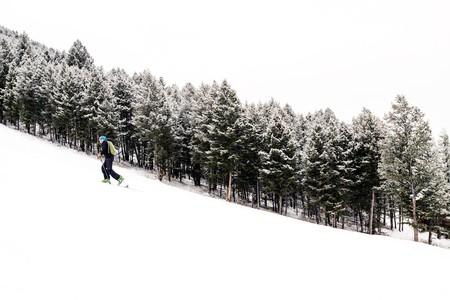 For a serious workout, try hiking up mountains with an uphill pass at Snow King Mountain resort | © VisitJacksonHole

About 30mi (48km) south of Jackson sits Granite Hot Springs, which reach up to 112F (44C) and can work wonders on sore muscles. The springs are inaccessible by car in winter but can be reached via cross-country skis, snowmobile or even dog sled. Jackson Hole Iditarod Dog Sled Tours, run by an eight-time Iditarod veteran, will take you on a full-day trip to the hot springs and give you the chance to try mushing their Alaskan sled dogs. After the tour returns to Jackson, sidle onto a saddle stool at the Million Dollar Cowboy Bar, which is still holding small live music performances on Fridays and Saturdays, though the dancefloor is closed. For dinner, walk over to Bin22 to pick up Spanish- and Italian-inspired small plates and wine. 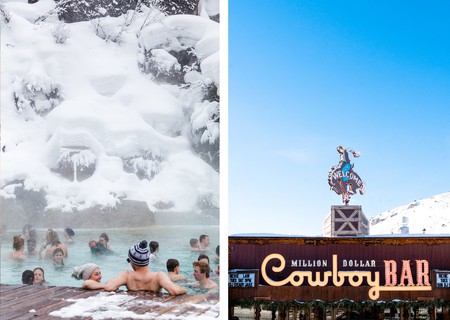 For more information and to plan a trip to this wonderful winter destination, head to visitjacksonhole.com, and be sure to check the Covid restriction information and border status before travelling.