How to Have a Car-Free Holiday in the Capital Region 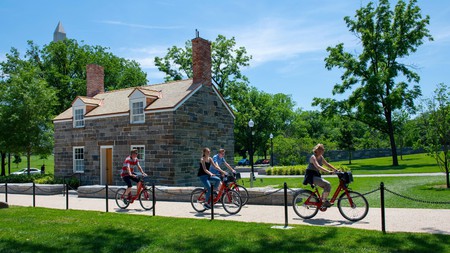 Built in 1837, the Lock-Keeper's House is the oldest building on the National Mall in the Constitution Gardens, which can be explored by bike | © Michael Ventura / Alamy

Road trips across the US are on most people’s list of things to do before they hang up their traveling shoes for good. It makes sense, when there are such large distances to cover and so little time to see it all, but there is an alternative way to get around and make the most of a trip to the Capital Region. Hop on the rails and explore the Northeast Corridor by train, for a truly relaxing way to see this special corner of America.

The national rail network in the US – Amtrak – celebrates its 50th anniversary in 2021. Although the West Coast isn’t as well connected as other parts of the world for regular train travel, it’s a different picture on the Eastern Seaboard.

The Northeast Regional route is a fantastic alternative to the classic American road trip, as eco-conscious travelers and non-drivers can explore the region without a car. Sustainability has also been highlighted as a reason for a rise in passenger numbers in recent years, with the reliability of the service also proving to be a contributing factor. Here’s how to take a car-free trip around the scenic region, starting with your arrival in the capital itself – Washington DC.

Travel along the Northeast Corridor

Most journeys here begin in Washington DC. Thanks to the newly expanded Dulles Metro, you can take a train from Dulles International Airport and end up at Union Station, one of the biggest transport hubs in North America, with high-speed trains that can take you to Maryland in the north and Virginia to the south. 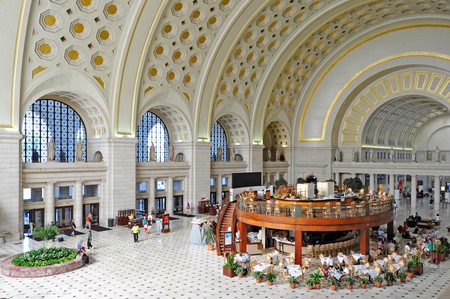 Explore the culture of Maryland

Baltimore is seen as the cultural hub of Maryland. Step off the train at Penn Station and head down to Baltimore’s Inner Harbor – a 30-minute walk – where you’ll find the best restaurants, shops and museums in the city. If you’re keen on seeing a little more of Maryland, then head up the coast to Aberdeen, which was founded by early settlers from its namesake city in Scotland. 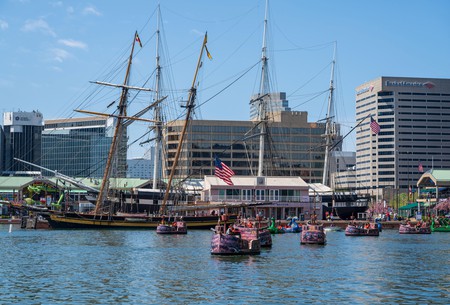 Take a ride on a paddle boat in the Inner Harbor, Baltimore | © Joe Benning / Alamy

Take a detour to Frederick County

Though not on the Amtrak Northeast Corridor Route, travelers can easily take a short detour to Frederick County and then continue on from Maryland to Washington DC on the Brunswick Route. Jump on the MARC commuter train, and arrive in the city in just two hours. While in Frederick County you can enjoy a variety of small-town activities, all within walking distance. Visit the city’s National Museum of Civil War Medicine, one of the many spectacular parks or explore the local antique shops. 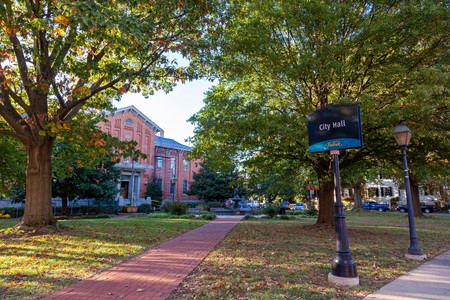 Frederick, Maryland, is known as a city ‘where the past meets the present’ | © Grandbrothers / Alamy

Back in Washington DC

You might have already explored the capital city if you started your journey here, but just in case you opted to head straight to Baltimore first, here’s a look at the greenest city on the East Coast. The city was the first to introduce a bikeshare system in North America and has a network of over 4,000 bikes and 500 docking stations. It’s really never been easier to see Washington on two wheels. If you really want to keep cycling, you can even venture to some of the previously mentioned destinations in Virginia and Maryland by bike, too.

Of course, the home of US politics is also home to some unbeatable historical buildings and museums. The famous Smithsonian Museum celebrates its 175th anniversary in 2021, and there are also a number of smaller places to visit which a free to enter. 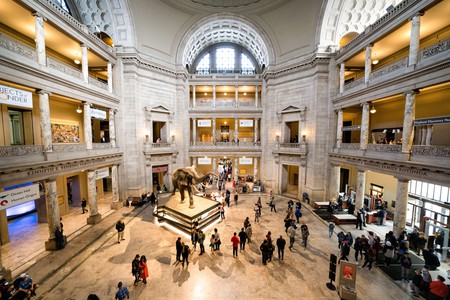 If you’re continuing your journey south to Virginia, you now have two options when getting back on the Amtrak. Do you want to see the peaks of the Blue Ridge Mountains or take the coastal route to the Atlantic Ocean?

A few hours away from the buzzing metropolis of the US capital is Roanoke, a quiet Virginian hideaway with easy access to the incredible Blue Ridge Mountains. There are numerous cycle routes throughout the area with urban greenway sections, while others take you right into the mountains themselves. The downtown area, where you can rent everything you need, is a short walk from the train station. This is also an excellent place to stay while preparing from some of the best cycling trails in the world. 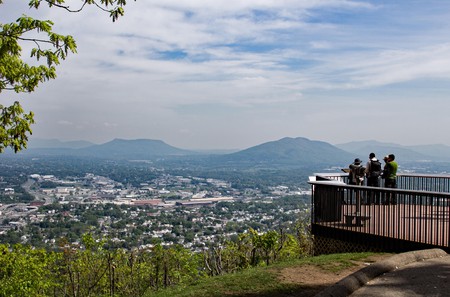 Relax in Norfolk and Virginia Beach

On the other end of the travel spectrum you’ll Virginia Beach and nearby Norfolk. They offer an entirely different experience to the rest of the Northeast Corridor, with a thriving food scene and great cultural attractions. Norfolk is also one of the most bike-friendly cities in America, offering safe routes and fresh-air trips with incredible scenery. There are miles and miles of boardwalks that you can cycle on, so if the mountains were too challenging, then this is the sedate alternative. 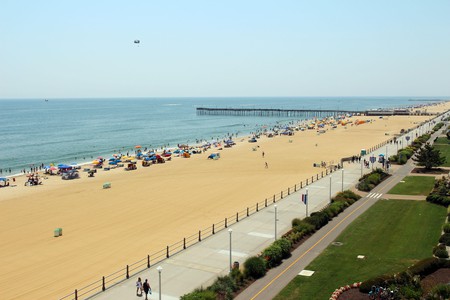 These are just some of the highlights of the train route through the Northeast Corridor, which is well worth exploring if you’re looking for a responsible way to travel on your next trip to the Capital Region.