How to Hack Cardi B's Style, So You Too Can Make Money Moves 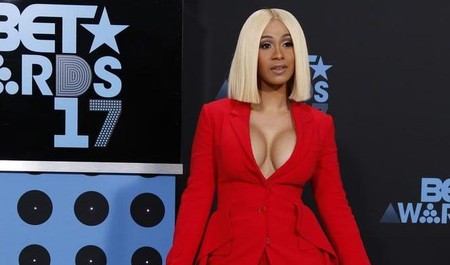 In her record-breaking, history-making number one hit, “Bodak Yellow,” exotic dancer turned rapper, Cardi B, 24, marks her success by talking about all the red bottoms (Louboutins) she can afford now that she’s reached iconic status after signing a lucrative deal with Atlantic Records. She also shouts out Bape and Yves Saint Laurent in “Bodak Yellow,” mixing Japanese street wear with Parisian couture. It doesn’t hurt that the fashion industry is obsessed with the mélange between street and haute right now, but let’s face it, Cardi can pull a look like no other.

The singer isn’t just known for her raunchy flow and aggressive rhyming that knocked Taylor Swift’s “Look What You Made Me Do” out of the number one spot on the Billboard’s 100. Cardi’s also known for her look, or looks, I should say, because the woman can pull off just about anything and turn heads. Below are some favorite ensembles to inspire you to feel yourself just like Cardi B, and “make those money moves.” 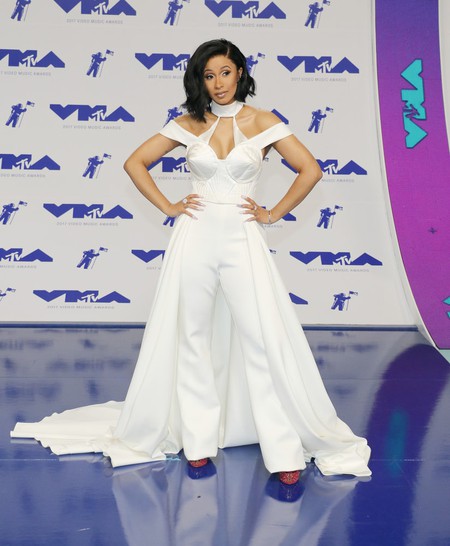 People called this look “Cardirella” in Cardi B’s Instagram comments. But honestly, Cardi’s one up on the famed princess. She can buy her own red bottoms; she’s not waiting for her glass slipper.

This cut out look is pretty street, but the grey hair is haute. Cardi B mixes it it up and keeps it fresh.

Here, Cardi B channels Prince and Bowie while inhabiting a look that’s totally her own.

Want more Cardi looks? Check out her video for “Bodak Yellow” for inspiration.