Here's a Simple Way to Avoid the Flu as You Travel 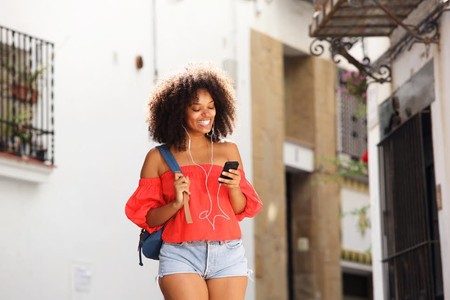 Getting sick can turn your dream vacation into a total nightmare. If you’re traveling in the United States at this point in the flu season, it’s more likely than not that you’ll come in contact with someone who’s sick. But that doesn’t mean you have to catch what they have…

This year’s flu season has been worse than usual in the United States, with the U.S. Centers for Disease Control and Prevention (CDC) declaring the 2017–2018 strain both widespread and difficult to treat with this season’s much-advertised influenza vaccine. A majority of American cases are the H3N2 strain which, according to The New York Times, caused multiple deaths and hospitalizations in Australia. So far in the U.S., there have been at least 30 child deaths related to the flu and close to 23 hospitalizations per 100,000 Americans.

“Flu seasons every year are bad, so there’s never a mild flu season,” said Dr. Dan Jernigan, director of the CDC’s influenza division, during a recent briefing. “I think the simplest way to describe it is that flu is everywhere in the U.S. right now. There’s lots of flu in lots of places.”

So how do you travel from state-to-state and remain unscathed?

Well, the CDC recommends getting this year’s flu vaccine. Even though it’s proven to be not so effective on this year’s H3N2 strain, the flu shot is still your first line of defense against contracting the virus. But, where the flu shot fails, a simple phone app may help.

SickWeather is an app that literally maps sickness by area. The app uses an algorithm to scan data from social networks and third party reporting from the CDC and actual emergency room and urgent care visits. It doesn’t just track the flu. Other diseases like bronchitis, chickenpox, and even the common cold are all tracked on the app. The maps show areas with higher concentrations of each disease or infection in order to help you avoid them.

Similarly, Flu Near You collects flu data from volunteer disclosure and crowdsourced information to create maps that show where people are experiencing flu-like symptoms and where people aren’t reporting any symptoms at all. Both SickWeather and Flu Near You map sickness on the state level, and locally neighborhood by neighborhood. So, even if you have to visit a flu-ridden state, you can choose a place to stay based on the neighborhoods with the lowest concentrations of flu symptoms.

Don’t let the flu ruin your vacation. Get the flu shot, keep an eye on flu data, and do everything you can to stay healthy.