How The Health Benefits of Quinoa Became Mainstream 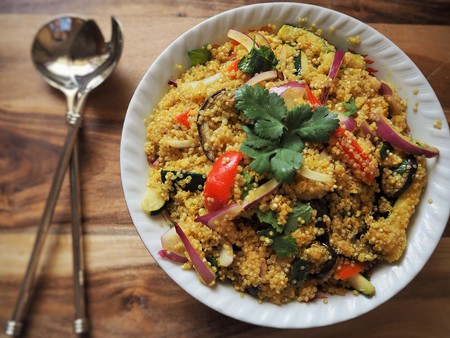 As nearly everyone worldwide hopes to lead more healthful lives, whole grains come in any number of varieties. But, in the U.S. at least, quinoa seems head and shoulders above the rest. Quinoa bowls and quinoa salads have somehow managed to make it onto menus at some of the most trendy restaurants. But it’s hard to tell where the quinoa craze came from and why.

Quinoa (pronounced “keen-wah”) is a tiny grain packed with nutrients, which makes it perfect for those hoping to achieve a balanced diet. According to Medical News Today, quinoa is a great source of magnesium, potassium, and B-vitamins among other things. It’s also packed with protein and fiber. The grain is most commonly used as a refined white rice substitute, since white rice is processed, can be carbohydrate-heavy, and is less nutrient-dense than its counterpart, brown rice.

“In many cultures, rice is a dietary staple,” Kimberly Page, creator of fitness and nutrition brand Lifestyle by Kim, told The Culture Trip. “Rice and beans, chicken and rice — it all tastes great, but the process used to make the rice removes nutrients. For my clients who want to make their traditional dishes in a healthy way, I always recommend quinoa.”

So we know quinoa is nutritious, but why has it all of a sudden become so popular? Let’s start at the very beginning. 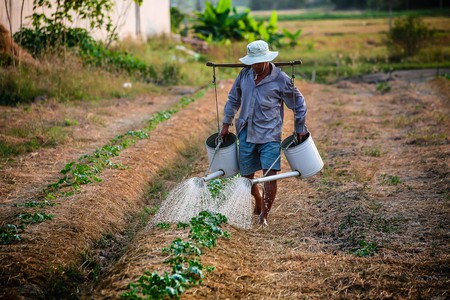 Quinoa is considered an “ancient grain,” a title (unofficially) given to grains whose use can be traced back to the very beginning of human history and have pretty much remained unchanged. Quinoa as we eat it is in seed form, but at its initial inception, people ate the leaves as a source of food as well. According to the United Nations Food and Agriculture Organization (FAO), which named 2013 the “international year of quinoa,” the grain is native to areas in Bolivia and Peru that surround Lake Titicaca.

To this day, quinoa is almost exclusively grown in South America. Between 2013 and 2014, there was a significant increase in demand for quinoa in developed countries and, consequently, a significant rise in quinoa production. In 2014, the United States alone imported 68.9 million pounds of quinoa, according to statista.com.

“Quinoa has been around forever,” Page said. “I think it became popular in recent years because of an astounding rise in obesity rates worldwide and the constant search for ways to fix that.” 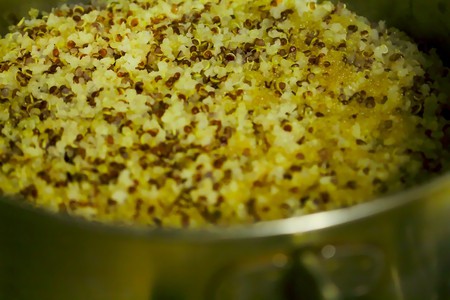 Cooked quinoa in a large pot.

According to the World Health Organization (WHO), global obesity rates have more than doubled over the last 35 years. In 2014, a little over half of the world’s adult population was either overweight or obese. With a rise in obesity rates has come an increase in consumer spending on healthy food items, including quinoa. According to Euromonitor International, global sales of healthy food products are expected to reach one trillion dollars by 2017. Though people are now willing to spend more on nutritious food items, the price of quinoa seems to be coming down as the grain becomes more commonly used. Page says this is a good thing.
“The more the price comes down, the more people can access it,” she said. “The bottom line is, quinoa is a great grain that makes eating healthy taste good.”