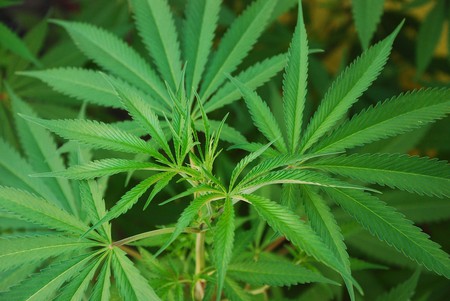 The latest count this year has San Francisco’s homeless population at approximately 7,500. Homelessness has been a much-talked-about epidemic in San Francisco for many years, and drug addiction and mental illness are the two major underlying issues causing this high number of people living on the streets. Now there seems to be a new, though controversial, possibility of bringing that count down. The new strategy? To fight drug addiction with cannabis.

San Francisco-based activist, homeless advocate and one-time candidate for mayor, Amy Farah Weiss is the founder of Saint Francis Homelessness Challenge, a non-profit dedicated to ending homelessness in San Francisco. Weiss is personally working on a new strategy to address opioid addiction and believes that providing the homeless with access to medicinal cannabis will help.

Although this solution to fight drugs with more drugs seems counteractive, the same argument can be said for needles exchanges, where people suffering from needle-distributing drug addiction can come to acquire safe and sterile syringes. Professionals in the public health sector have known for 30 years that needle exchanges are effective, showing decreases in the spread of blood-borne diseases such as HIV/AIDS and hepatitis C. The exchanges also serve as a safe place for the homeless to seek other services, such as counseling for mental health or other drug abuse problems. These results prompted the World Health Organization and the American Medical Association to give needle exchange programs their credited stamp of approval.

That same way of thinking is applied to the idea of distributing free marijuana to the homeless in San Francisco living in the tent encampments. If free syringes could help the homeless find a way off the streets and treatment for their addiction, why couldn’t the same be said with free marijuana? 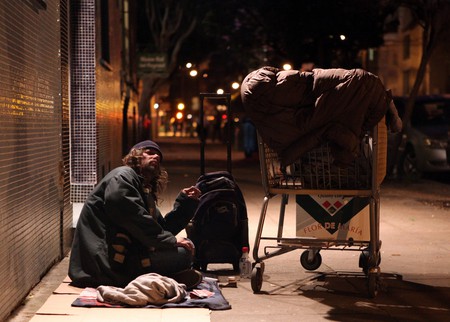 California’s legalization of marijuana allows individuals 21 and over to give up to an ounce of cannabis away for free; medical marijuana evaluations; and the purchase and personal use of marijuana medication. To qualify for medical marijuana, you must have a valid ID, which most of the homeless community and tent encampment residents do not have or are unable to get.

Though a controversial idea, other states have already seen similar statistics to those of needle exchanges. In the country’s states that have legalized marijuana, as California has, the number of America’s opiate abuse cases has begun to decrease. The National Institutes on Drug Abuse has confirmed earlier this year that states with legal cannabis have seen opiate overdose deaths drop 16–31%, and the numbers for hospitalizations caused by opiate abuse have decreased by 28–35%.

Despite the access to legal marijuana available in San Francisco, drug addiction still plagues the homeless. Why? Dispensaries, though groundbreaking business for the economy, is still a business. The bottom line? Medical marijuana is expensive.

Weiss wants to create the opportunity for the homeless community to make a real cannabis evaluation appointment with a real medical physician; this would create a space for the residents of the tent encampments to come and speak to a medical professional about any and all of their health issues and concerns.

The idea still remains in the consulting phase, with plenty of stigma-related, as well as legality and budget, obstacles to overcome.

For now, however, sometimes you just can’t ignore the numbers and statistics. Access to free marijuana for San Francisco’s homeless may give the population the help and resources they need to get clean, get off the streets, and hopefully improve their overall quality of life.