How Do Vampires Differ Around the World? 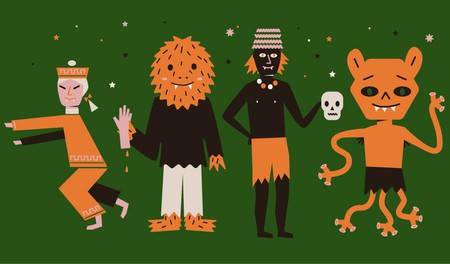 Their legends range from the hair-raisingly creepy to the darkly comical, but no culture’s vampire folklore is the same. Across the world, bloodsucker mythologies run deep and can differ wildly, from Dracula’s Romanian roots to India’s skull-drinking menaces. With Halloween around the corner, we dive into the world of the undead and their international idiosyncrasies.

Romania and the origins of Dracula

Reigning supreme in the age-old terror of vampires, Romania and its rich folklore formed the inspiration for Bram Stoker’s Dracula (1897), which, in turn, influenced the better part of Hollywood’s entire revenant oeuvre. From the German expressionist classic Nosferatu: A Symphony of Horror (1922) to the CGI-heavy blockbuster Van Helsing (2004), the Transylvania-based bloodsucker sparked by Slavic myth has become the single most recognisable vampire figure.

Original Romanian belief dictates that the males of the species can father children with human women, whose babies would consequently be born as moroi, live vampires, in comparison to so-called strigoi, dead vampires. Proof of the locals’ persistent fear of the undead came as recently as 2005 when a group of six village men exhumed the corpse of a fellow villager they were convinced had become a strigoi. Being Romanian, they remembered an ancient – and, well, yucky – local rite to get rid of the monster for good: besides sprinkling the body with garlic, they removed the heart, burnt it, and drank the ashes in a glass of water.

Hairy, tall and surprisingly friendly – a short description of Mexico’s Chorti brings to mind a type of vampire-Wookiee hybrid. Add to that claws and a fondness for life in nature, and a second Chewbacca isn’t that far off – except for maybe the occasional devouring of human blood and flesh. Still, Mexicans believe you could do far worse when it comes to the undead: an encounter with one of the Aztec-originated vampiric beings for example. There is the Civatateo, a white, shrivelled creature believed to lurk in temples and crossroads that takes children as its prey, and the Tlacique, who are just as likely to turn into a ball of light as they are to disguise themselves as an innocently clucking turkey. 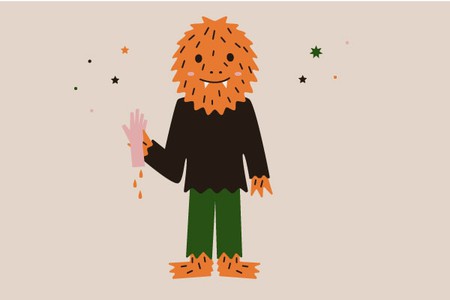 Greece and its island revenants

Greece mirrors its Slavic neighbours with an abundance of undead-themed lore, and its vampires have a tendency to be island folk. Santorini is considered particularly dense with them, and even Crete, with its pink beaches and quaint old towns, was at one point deemed infested with vampire colonies. Called vrykolakas by most and katakhanades by Cretans, their presence in the Greek conscience stretches back millennia. Their beliefs of why vampirism takes hold of someone run the gamut from committing a serious crime or being excommunicated from the Orthodox Church to more random reasons, such as having the bad luck of a cat jumping across your grave.

Australia and its outback monster

A repeat of the last syllable of its name is often the initial reaction when foreigners first hear of the Yara-ma-yha-who, but Aboriginals shake at the thought of this little fiend. Depicted as a short, red man with a disproportionately large head and octopus-like suction cups on its hands and feet in sketches by locals, this blood-craven fella has a particularly drawn-out and gruesome feeding process. Dropping from fig trees onto unsuspecting passersby is its lazy MO, and it uses its suckers to drain its victim until he or she teeters on the brink of death. At this point, the Yara-ma-yha-who wanders off a bit before swallowing the person whole. After a well-deserved nap, the creature regurgitates the human, who is alive but a little bit shorter and with a newfound red glow. Get caught by a Yara-ma-yha-who too many times and say hello to life as a tree-dwelling vampire yourself. 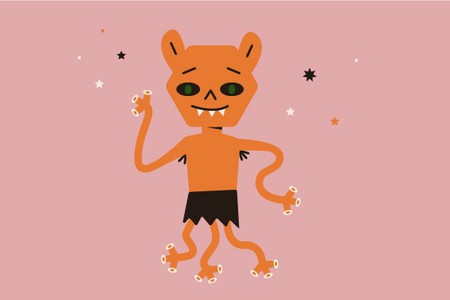 With its endless dark woods, the northern regions of Germany have given life to many an undead legend. There’s the Nachzehrer, who likes to snack on family members – an especially horrific diet other European species such as Greece’s Callicantzaro and Poland’s Upier are also rumoured to enjoy – and is created by suicide or a fatal accident. And then there’s the even more menacing Neuntöter. The latter’s pus-dripping boils bring death in the form of plagues and epidemics everywhere it goes; however, leaving a simple lemon on your doorstep is said to get rid of this disgusting fellow easy-peasy

India and a bowel-wearing menace

Way up there in terms of voracious specimens, northern India’s lore describes a type of vampire with a pretty horrific sense of fashion. After having torn open its victims and having sucked out their brains (its favourite treat), the Brahmaparusha goes about wrapping the person’s intestines in a turban around its head. Besides considering humans’ smelly intestines as trophies, it further carries around the now brainless skull of the poor sod that bumped into him like a cup from which to leisurely drink his or her blood. 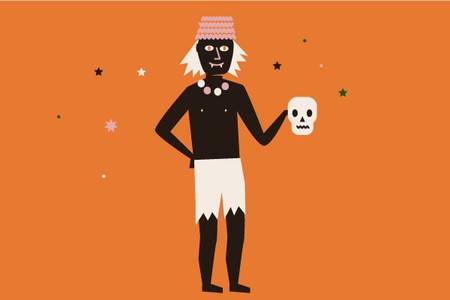 This Southeast Asian country has a whole pantheon of bloodsucking ghouls. Some of them, such as the Langsuyar and the Penanggalan, have the power to appear as young, beautiful women. Imagine the surprise when they start looking for babies to suck dry at night. The Penanggalan becomes a particularly bloodcurdling sight when the sun goes down. As she severs her head from her body to fly around and look for houses with children to prey on, her spinal column and entrails dangle behind like some kind of nightmarish cape. The frightening look has even earned her a monster role in the popular Dungeons & Dragons game.

The Chinese refer to their undead as Jiangshi, which translates to ‘stiff corpse’, an apt name for a bloodsucker that goes around with their arms out in front, similar to a zombie. Their rigidity even prevents them from walking properly, with the result that they end up hopping their way to wherever they need to go, thus, leading to their English nickname: the ‘hopping vampire’ (vampire because they still enjoy the blood of humans and animals). Stories of these Jianshi, usually dandily dressed in uniforms of the Qing Dynasty, have been around since the 15th century and are still prevalent in popular culture today, to such an extent that they have their own literary and cinematic genres. 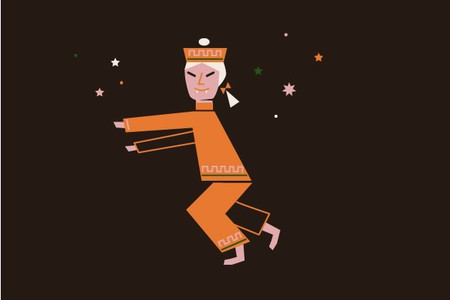 A surviving ancient legend has it that they were originally ‘brought to life’ by necromancing priests as a cheap way of transporting Chinese who had died far from home back to their towns of birth. Instead of carrying them, they simply enchanted the bodies to hop their way home at night. The belief slipped niftily into the pocket of the truth since there were a lot of Chinese workers during the Qing era that required ‘corpse drivers’ to take their bodies back to their relatives when they died. Jiangshi are usually placed into six different categories according to their strength, with the ‘white-haired Jiangshi’ as the harmless wimps of the group and the fierce ‘demon king’ as an almighty malevolent being.