How Did In-N-Out Become So Popular?

In-N-Out Burger, a family-owned burger stop, is the West Coast’s most talked about fast-food joint. Starting with just under ten square feet of space in Baldwin Park, Harry Snyder and his wife, Esther, opened California’s first drive-thru hamburger stand in 1948; since then, In-N-Out has expanded to over 300 locations in California, Arizona, Utah, Texas, Nevada, and Oregon. Praised for sticking to traditional values and a simple menu, In-N-Out has become somewhat of an icon in the food industry, frequented by everyone from celebrities to first-time visitors from the East Coast – and even amidst hard times such as the Great Recession of 2008, this hot spot still thrived, with profit margins higher than its competitors. But how did In-N-Out become so popular?

Since the late 1940s, Harry was known as the man who would visit the markets before dawn, leaning over the shoulders of customers as he eyed the best cuts of meat. Using only the freshest ingredients, Harry would prepare everything that morning, including hand-chopping the potatoes for fries and molding the beef patties – In-N-Out has maintained these standards even after his passing in 1976. With the idea of maintaining quality over mass production and money-saving shortcuts combined with Harry’s idea of work culture and the way employees should be treated, In-N-Out was already a recipe for success since the day it first opened its doors. 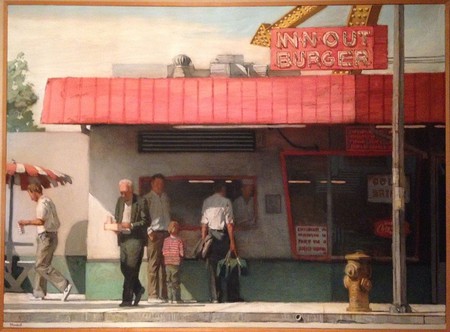 One of the company’s well-known mottos, ‘our customer is everything,’ also contributes to In-N-Out’s wild success, with customers being able to order pretty much anything they want. Want four patties and four slices of cheese? You got it (that’s called a ‘four-by-four’). Want extra crispy fries with cheese on top? No problem. The modification of the simple menu became so popular that In-N-Out developed a secret menu based on its regular customers, with things like ‘animal style,’ ‘protein style’ (no bread), and the ‘Neapolitan’ shake – chocolate, vanilla, and strawberry mixed into one. All of this not only developed a ‘personal relationship’ with In-N-Out amongst its customers but also created a buzz in the food culture (thanks to the growing trend of food photography and social media).

In-N-Out has also been praised for its employee wages, which are said to be well over those of its competitors – some managers earn $100,000 a year, plus bonuses and company benefits, with the lowest turnover rate in the industry (the average manager stays for 14 years, but some have stayed for 30-40 years). Training is rigorous, and managers are held to high standards – something customers have felt in the company’s culture (think extra kind employees). And unlike other chains, In-N-Out has stayed within the family, with strict guidelines on growth (i.e., stores cannot be outside 500 miles from their produce and meat supplier) in order to maintain consistency and quality across every location. 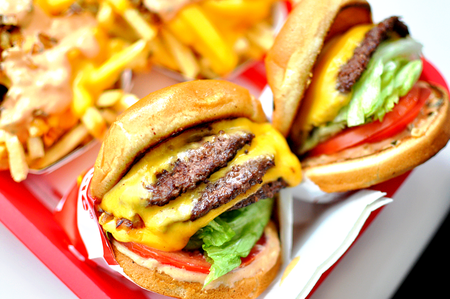 In-N-Out has stuck to what it’s good at it, and this could be one of its biggest successes – other fast food chains are always changing the menu, with food quality ranging from store to store. At In-N-Out, the menu never changes, so customers can count on getting the same great food, every time – and at every location. Plus, with prices that are reminiscent of past decades – $2.45 for a cheeseburger and $1.65 for fries – this spot keeps people coming back. But, even without its admirable values, genius marketing – the red and white theme, iconic sign, and Bible verses printed on everything from cups to placemats – and dedication to quality, In-N-Out puts out a solid burger, one that even burger snobs would tip their hats to.

In the words of Harry Snyder, ‘keep it real simple, do one thing and do it the best you can.’ 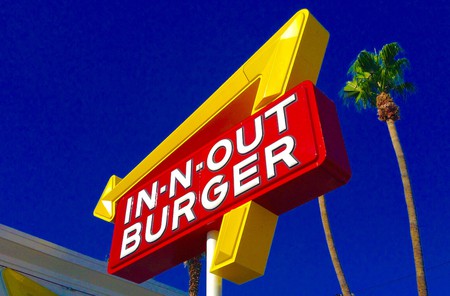