How Airlines and Travelers Can Fight Human Trafficking 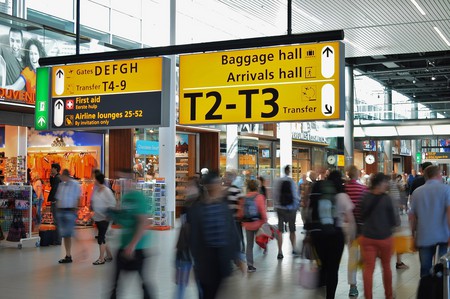 An estimated 800,000 people are trafficked each year, often being transferred via airports or hotels before being engulfed in the sordid world of sex trades. In an effort to stop these nefarious acts, the travel industry is fighting back with education.

It was 2009 when Deborah Quigley first spotted Somnang. Somnang was a malnourished three year old who was the end result of a prostitution ring in Cambodia. Known as a “karaoke baby” – a nickname for Third World infants born from prostitution rings attached to karaoke bars – Somnang was an all-to-real representation of the consequences of human trafficking.

Quingly was with other members of Airline Ambassadors International (AAI) when she found Somnang. She was there to fight the $32 billion dollar a year industry of sex trafficking – one of the main missions of AAI. While Somnang’s story ended happily – having been taken to a clinic and eventually finding a foster family – not all trafficking tales end this way. It is why AAI is leveraging education to teach flight attendants and travelers alike to spot traffickers and their victims in airports.

“Last year, U.S. Immigration and Customs Enforcement found 400 victims and arrested 2,000 traffickers,” according to an article by Refinery 29. “AAI is hoping for legislation to require all U.S. airline staff to be trained so that even more people can be helped.” 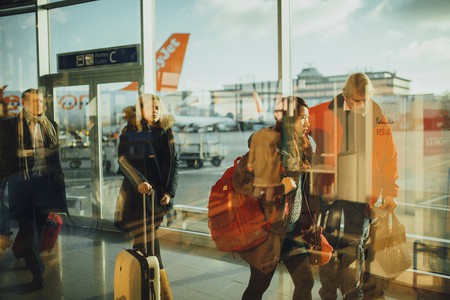 Former American Airlines flight attendant, Nancy Rivard, founded AAI back in 1996. Since then, AAI has raised $60 million in aid, supported 3,000 children for life-changing medical care, and blown the whistle on human trafficking on four flights back in 2009. Of the many board members and organizations supporting AAI, it is American Airlines that leads the charge on the fight against trafficking.

“American Airlines is taking exemplary steps to ensure its flight crews are equipped to notice and respond appropriately when human traffickers attempt to use airlines to traffic women and girls internationally,” said Rep. Chris Smith of New Jersey to American Way. “It is my sincere hope that all U.S. airlines will soon follow their example of visionary corporate responsibility in the fight against human trafficking.”

Signs of Trafficking and What to Do if you Spot it: 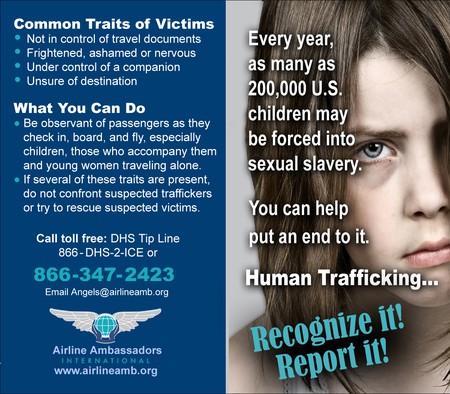 If you believe you’ve spotted evidence of trafficking, please call either the DHS Tip Line listed above or the US National Human Trafficking Hotline: 1 (888) 373-7888.