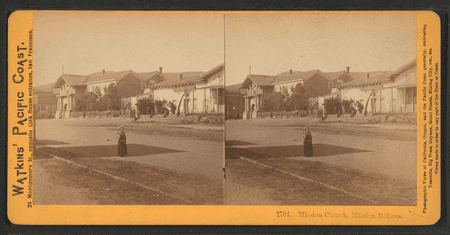 The first Europeans to explore the Bay Area (even though Englishman Francis Drake made claims to discovering it) were the Spanish explorers Don Gaspar de Portolà and Father Juan Crespi. Quickly realizing the natural benefits that the bay would offer, Lieutenant José Joaquin Moraga and Francisco Palóu settled the Mission on June 29, 1776 – five days before the American colonies declared their independence from the British Empire. The Mission was named after Saint Francis of Assisi, the founder of the Franciscan Order, but it quickly became became known as Mission Dolores due to its close location to a creek called Arroyo de los Dolores, or ‘Creek of Sorrows.’ Founded with only a handful of settlers and soldiers, Mission Dolores quickly grew in size and rapidly became the most culturally significant building in all of San Francisco. 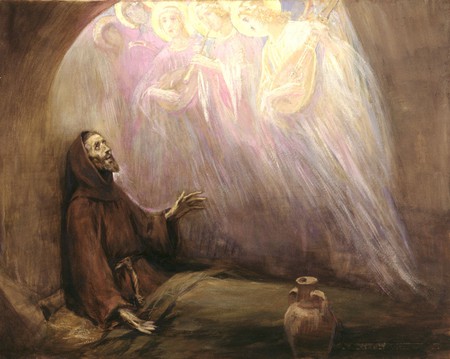 The San Francisco Mission was the 7th mission founded by Spanish settlers in their quest to colonize and evangelize the native peoples of California. Today, it is the only intact Mission Chapel in the chain of 21 established Missions under the direction of Father Junípero Serra. Originally, a small log-thatch building was built as the mission chapel, but was quickly replaced in 1791 with an adobe chapel that still exists today. 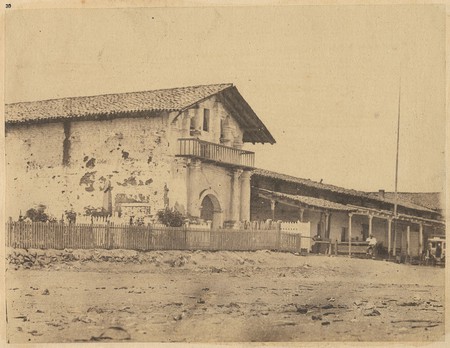 One of the most pivotal figures in California Mission history was Father and Saint Junípero Serra, who spearheaded the movement to create the Mission system in California. Serra founded numerous missions and even officiated at Mission Dolores. Although he traveled extensively throughout Alta California (and is known as the Apostle of California), his guidance and willpower created such a powerful system that we still have an entire district named after one of his Missions; indeed, numerous streets, buildings, and entities throughout the state are named after him. Serra was posthumously made a saint by Pope John Paul II in 1998, even though this act was criticized by native California peoples due to Serra’s controversial treatment of natives. 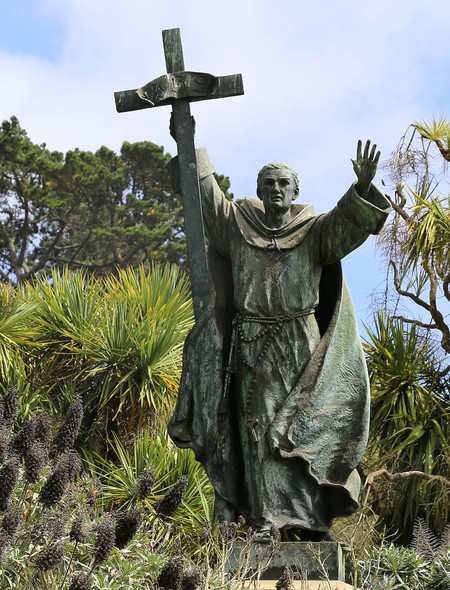 The Mission quickly grew in the 19th century and became one of the most important and large settlements in Spanish Alta California. Although many people erroneously think of Missions as just religious institutions, they were actually centers of communities that included soldiers, farmers, traders, and native peoples. It is estimated that at its height in the early 19th century that the Mission housed over a 1,000 people and owned thousands of livestock that they used for farming and ranching. In the later parts of the 19th century, the Mission slowly stagnated as issues revolving around disease, native rebellion, and the Mexican government intensified. By the time of the 1848 Gold Rush, the Mission San Francisco de Asís was a shadow of its former glory. 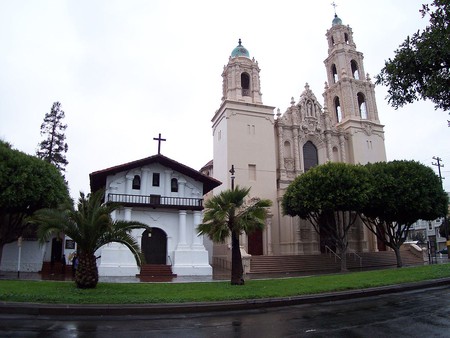 Exterior of Mission, the white building on the left is the surviving adobe chapel | © Robert A. Estremo/Wikipedia Commons

One of the most tragic aspects about the California Missions was how they were essentially slave systems used to destroy and convert the native peoples of California. Originally, the natives and the Franciscans were quite friendly (most likely due to the allure of new technology/goods), but things quickly soured as time went on. Oftentimes, natives were baptized without fully understanding the consequences of such a religious act. Once baptized they were essentially laborers under the Church, and if they left the Mission they were hunted down as runaways. Natives were carefully guarded while on the Mission and not allowed to leave for any reason. Use of physical punishment was prevalent, and diseases unknown to the California peoples took a heavy toll. 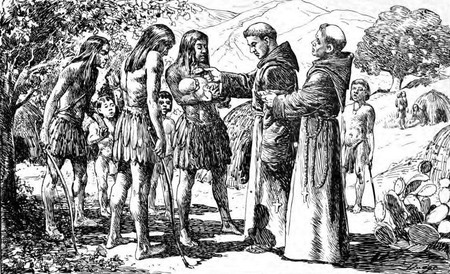 When the 1906 Earthquake decimated most of the city, the Mission was relatively lucky that the original adobe chapel survived even though most of the neighborhood burned down. Sadly, the brick church that stood next to the adobe chapel was destroyed in the fire, and plans were made to rebuild a church in 1913. Completed in 1918, the Mission Dolores Basilica has become a well-known symbol in the neighborhood. The church was redesigned with Churrigueresque ornamentation (inspired by the Panama-California Exposition) that transformed the Basilica into one of the most visually stunning buildings in the entire mission complex. 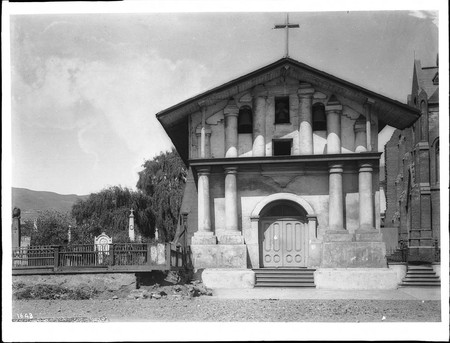 Close up of Mission Dolores ca. 1900 with cemetery on the left | © Pierce, C.C./Wikipedia Commons

Today, there are only two standing cemeteries within the city limits, the one at Mission Dolores and the San Francisco National Cemetery within the Presidio. The original cemetery at Dolores was once quite large and housed the remains of some 5,000 Ohlone, Miwok, and other First Californians who built Mission Dolores. Also buried at the cemetery is the first Mexican governor, Luis Antonio Arguello, the first commandant of the Presidio, Lieutenant Moraga, and victims of the Committee of Vigilance. Although the cemetery has been largely paved over or reduced, it still stands as a testament to the Mission’s long and storied history.