Linen, Lubrication, And Latex: A Feel-Good History Of The Condom 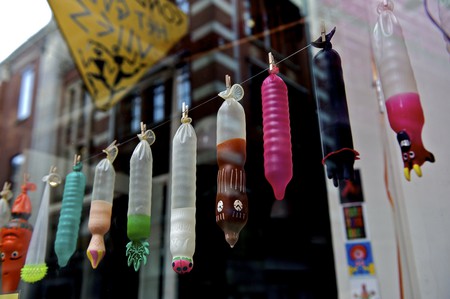 If you’ve ever complained that sex “doesn’t feel as good” with a condom on, here’s a little perspective: Imagine being in the throws of passion with your partner and, instead of grabbing a thin latex condom, you have to use the equivalent of a linen sock…or a bicycle tire inner tube… or, even worse, a piece of leather.
The history of condoms dates back further than most people can even imagine, with some historians reaching back as far as 15,000 B.C. Medicine has come a long way since the days of the black plague, but in a time when disease was rampant and sexual libidos were high, how did people have sex without passing along infection?
As ineffective as their mechanisms may seem to us now, people found a way.

Joe Gillard, history researcher and founder of HistoryHustle.com, says that early condoms weren’t necessarily used as contraception. In fact, many of the items people used during sex as “protection” couldn’t prevent pregnancy at all. However, early condoms were used to prevent the spread of disease in a time when prophylaxis technology hadn’t quite caught up with what people somehow knew were the consequences of unprotected sex — which, in some cases, could’ve been death.
“The ancient Egyptians had a penis ‘sheath’ made of linen. It was probably not used as a contraceptive, but instead as a way to prevent disease, particularly bilharzia, a tropical disease of the region,” Gillard told The Culture Trip. “In ancient Rome, the use of early condoms is known, but again not for the purpose of contraception, but to prevent venereal diseases, which the Romans were quite familiar with.”
Today, condoms are a multi-billion dollar industry worldwide, with new innovations being developed every year. But if you’ve ever wondered where condoms started in the first place, we’ve got you covered. Here’s our brief history of the condom:

Condoms in a cave

To be fair, the idea that modern archeologists were able to see condoms in ancient cave paintings has its skeptics. But for the most part, people (on the internet, at least) agree that penis sheaths can be seen in cave paintings that date back to 15,000 B.C. 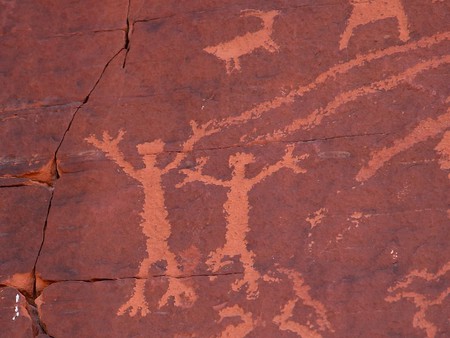 Ancient Romans and Egyptians wrapped it up

Condom use in ancient Rome and Egypt is pretty much undisputed. According to a paper published in the Indian Journal of Urology, Egyptians used color-coded glans caps on the heads of their penises to protect against disease. The colors on the caps connoted social class. Ancient Romans used animal bladders to protect against venereal disease.

In his 1564 book entitled De Morbo Gallico, Gabriele Falloppio (who is largely credited with discovering the function of the Fallopian tubes) describes linen sheaths that people used to prevent syphilis. The sheaths covered the head of the penis, were lubricated with saliva, and were tied at the base with a ribbon.

From the 16th century to the 18th century, condoms were made of everything from goat bladders to lamb intestines.

Not just for disease prevention anymore

The 17th century saw the beginning of penis sheaths being used as a means to prevent pregnancy in England.
“King Charles II became troubled by the number of illegitimate children belonging or associated with him,” authors of the 2013 article wrote. “To stop these illegitimate conceptions, his doctor prescribed a sheath made of lamb intestine. The doctor, known as Colonel Condom, prescribed this with prior knowledge that sheaths were used to prevent venereal disease transmission.” 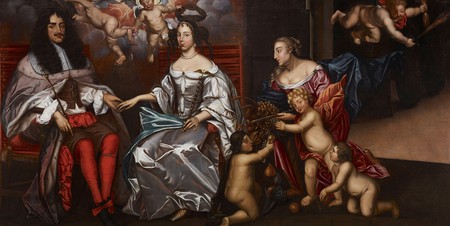 In the 1800s, it was out with intestines and bladders and in with rubber. According to history researcher Joe Gillard, rubber condoms changed the game.
“The first major turning point in condom production, use, and distribution occurred in the latter half of the 19th century,” Gillard told us. “The Goodyear company revolutionized the rubber industry and began mass-producing the world’s first rubber condom. However, progress was stymied in 1873 when the U.S. passed the Comstock laws preventing the sale and advertising of contraceptives, including condoms.”

Nothing says war like…safe sex? With World War I soldiers traveling abroad to fight for their countries in 1918, prostitution business worldwide saw a boom. Unfortunately, sexually transmitted disease rates did, too. Gillard says condoms were widely distributed to European armies to prevent the further spread of disease. That same year, a court decision allowed condoms to be sold and advertised in the United States.
Two years later, the condom as we know it was invented. “The invention of latex in 1920 dramatically revolutionized the condom manufacturing process, and clever marketing campaigns in the 1920’s helped launch condoms into wide use throughout the world, doubling their use in that decade alone,” Gillard said.

These posters, from World War II, warn against the dangers of prostitutes and venereal disease.

Both government officials and religious leaders struggled to embrace the condom throughout its history. Birth control faced fierce opposition from the Jesuits in the 17th century and through the 20th century from the Catholic church. Though condoms were legal, advertising for them was not always easy, Gillard explains.
“During most of the 20th century until the late 1970’s, condom use still faced many cultural boundaries,” he said. “U.S. regulators banned condom ads from television from the late 1950’s until 1979.”

The U.S. Centers for Disease Control and Prevention (CDC) used the term “AIDS” for the first time on September 24, 1982. As research on autoimmune deficiency syndrome progressed, so did calls for methods of prevention. “It wasn’t until the 1980’s when the AIDS epidemic hit, that condoms finally overcame the cultural stigma and became a staple product of disease prevention and contraception,” Gillard told us. 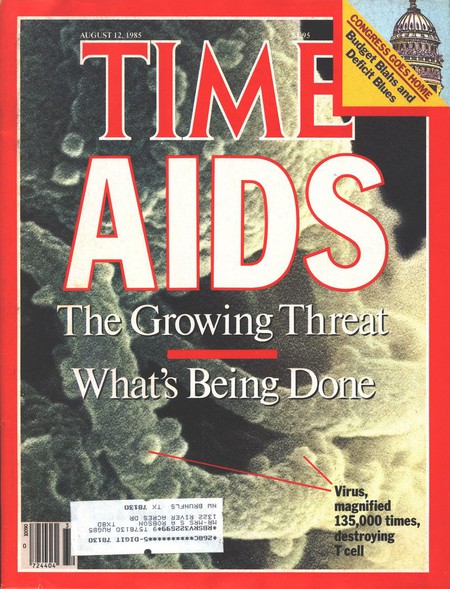 The 90’s: Condoms in pop culture

Once most of the public decided we needed condoms, condom manufacturers began creating ways to redesign the prophylactics to make them more fun and creative. Flavored condoms, multicolored condoms, and condoms “ribbed for her pleasure” were all released in the 90’s. Safe sex became a pop culture phenomenon, with actors and musical artists using their platforms to promote safe sex.

Condoms in the new millennium

Once condoms made it to the mainstream, researchers began looking for ways to make them thinner and more pleasurable for all parties involved. In 2008, Lifestyles condoms released the “Skyn” condom, which the company describes as “the first clinically-approved polyisoprene condom, the closest thing to wearing nothing.”

A 2013 study found that condoms help maintain pH balance in the vagina by allowing important bacteria to flourish. “We have proved that [condoms play] a positive role in protection of women’s reproductive health by promoting the colonization of L. crispatus,” the authors wrote. “When used consistently and correctly, condom use can prevent sexual HIV transmission, decrease the risk of BV […] As a perfect barrier, condom use can help maintain the vaginal acidic buffer system and the vaginal lactobacilli population when sperm enters vagina during sex.”

Swedish company LELO raised almost $400k earlier this year in a crowdfunding campaign for a condom that they called “the first major condom innovation in 70 years.” The condom is reportedly engineered to both enhance sensation and maximize durability.
Other recent condom innovations include vibrating condoms, glow-in-the dark condoms, custom-fit condoms and, the mostly untrusted, hydrogel condom.