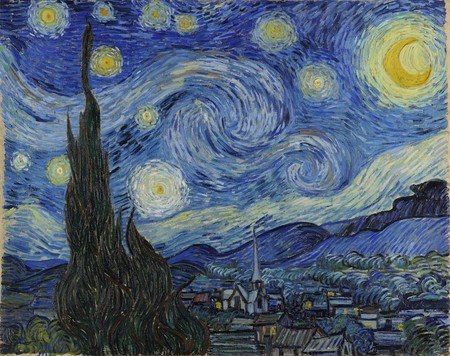 Next time you’re admiring a famous painting, you might want to check for dead animals!

Vincent van Gogh is now offering more than just his iconic swirling brushstrokes to look at; his 1889 painting Olive Trees has been found to contain a grasshopper carcass. 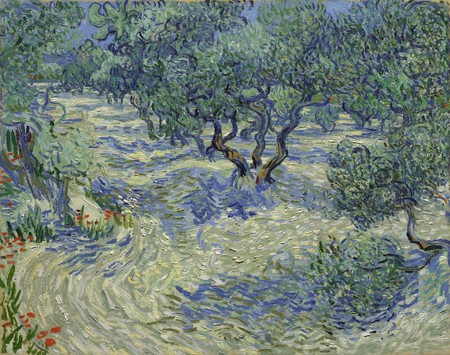 The work, which is in the permanent collection of the Nelson-Atkins Museum of Art in Kansas City, Missouri, was recently discovered to be home to the dead grasshopper (RIP) after the museum’s curators and conservators discovered a strange brown blob.

With the help of outside scientists, the team revealed the shocking find, which until now had gone entirely unnoticed.

Aside from being a fun fact you can now casually drop at dinner parties, the discovery enforces the theory that van Gogh painted outdoors, exposed to the elements and to living, breathing nature.

Conservator Mary Schafer was cataloguing the museum’s French paintings when she spotted the creature through a magnifier. It is assumed the crunchy critter was never seen before because of the thick layers of paint covering it, making it practically invisible to the naked eye. 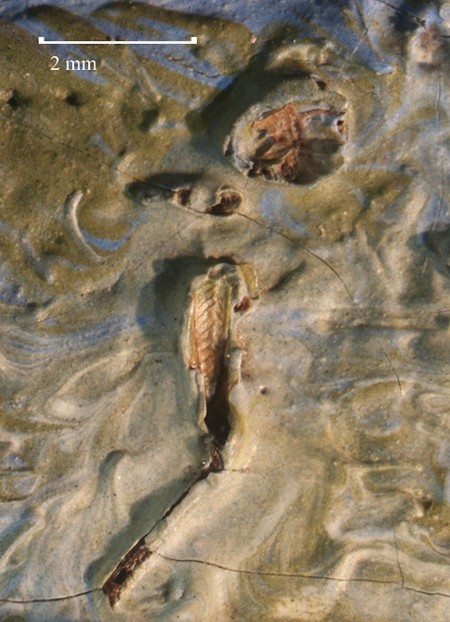 Photomicrograph, Olive Trees, 32-2. This image, taken through a microscope, captures the grasshopper embedded in the paint of Olive Trees.

It’s also a hard one to notice due to the fact that the body is incomplete, missing it’s thorax and abdomen.

For the animal lovers out there, the good news is that the insect was probably already dead by the time it got stuck in the paint. Paleo-entomologist Dr. Michael S. Engel notes that there was no sign of movement in the paint surrounding the body, suggesting that the insect did not struggle.

So as not to disturb the painting any further, the grasshopper has been left in it’s coffin, making Olive Groves possibly the most expensive burial site on the planet.

Do you love art mysteries? Check out how this famous artist may have cheated the entire world.