How Pumpkins Became an American Obsession 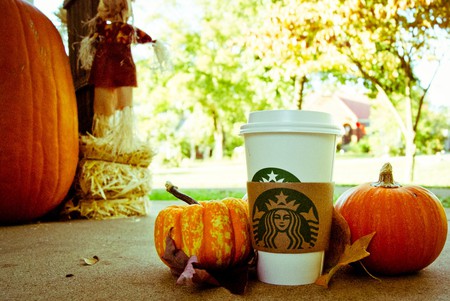 Unless you’ve been living under the densest of rocks, you know that fall means one thing to many Americans: pumpkin spice latte season. The beloved Starbucks drink brings the retailer over $100 million of sales revenue a year, and competitors find themselves trying to create their own iterations of the sweet fall drink.

But Americans’ love for pumpkins doesn’t stop in latte form—pumpkin picking tops many a fall bucket list for Americans, and the pumpkin emoji is practically synonymous with autumn in the U.S. 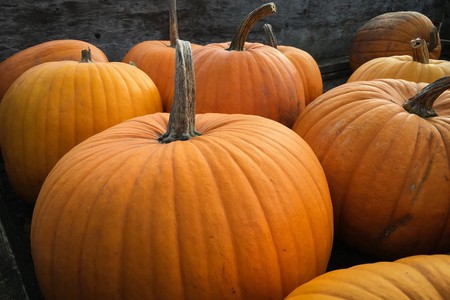 The American obsession with pumpkins is especially surprising given its inauspicious origins in American history. In colonial America, the pumpkin functioned as a “food of last resort,” as historian Cindy Ott told Time. Not only were pumpkins not quite as appetizing or filling as bread and beer, but pumpkins were also unknown in the colonies—colonists took their culinary cues from Europe, where there are a scant few pumpkins.

But pumpkins abounded in the New World. When colonists couldn’t find yeast to create beer, they turned to fermenting pumpkins in order to quench their thirst (water was too unsanitary to drink). And because there were always pumpkins around, even people who pretended as though they would never eat them took to stashing them in their cellars in case a food shortage ever hit. Settlers heading out West even took pumpkin seeds with them to plant in case of food shortages.

But once the Industrial Revolution came to America and urbanization began, a nostalgia for the hardy, quaint, colonial connotations that pumpkins carried began to spread. Magazines such as Harper’s Weekly were full of poetic and artistic odes to pumpkins, and the vegetable became a staple of dessert foods, especially pie, once Thanksgiving became an official holiday in 1844. 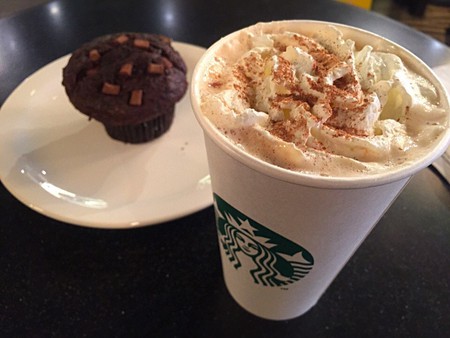 And like much else in 20th-century America, the pumpkin soon became a real commodity, becoming a part of the seasonal American economy. Once cars became mass household goods, farmers realized they could draw city people from miles around by marketing their pumpkins patches as family destinations that replicated an “authentic” and wholesome American tradition.

This realization by small farm owners happened at the same time as government subsidies for large farms began to boom, and threatened to put small farmers out of business. So just as the abundant pumpkin had once saved colonists who might have otherwise starved, so in the 20th century did it save many small farms. Some farmers began hosting seasonal pumpkin festivals and setting up flourishing roadside pumpkin stalls in the areas around their homes.

So as you order the first pumpkin spice latte of the year, pause for a moment to celebrate how far its star flavor has come from its humble origins.