Here's How Airlines are Responding to Trump's Electronics Ban 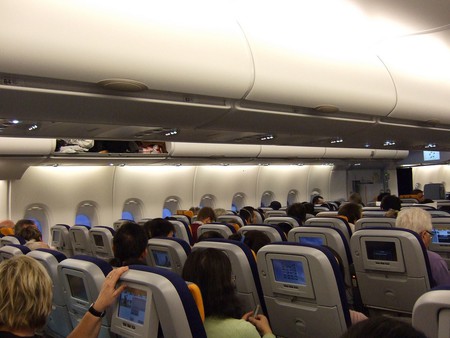 In an effort to rapidly enact the ban, Trump released a loosely veiled threat to airlines who don’t comply: “We will work with the FAA to pull their certificate and they will not be allowed to fly to the United States,” one senior US official told CNN. As the travel industry grapples with the complications caused by Trump’s latest order, airlines are turning to social media.

A tip of the hat to Royal Jordanian who, in the wake of Trump’s electronics ban, quickly began sharing cheeky tweets on how passengers can pass the time onboard. From “analyzing the meaning of life” to “thinking of reasons why you don’t have a laptop or tablet with you,” Royal Jordanian did little to mask their contempt for Trump’s ban.

The airline even poked fun at Trump’s order in prose, leaning on poetry to further show their disdain for the Trump administration’s latest ruling.

Etihad Airways released a ‘Make Flying Great Again’ ad showing all the ways passengers can still enjoy their flights without electronic devices. While the title of the ad is a blatant nod to Trump’s campaign slogan, Make America Great Again, the messaging in the ad is less overt when compared to Royal Jordanian’s Twitter. Instead, Etihad focuses on advertising their inflight entertainment options, onboard WiFi and food selections.

Qatar Airways took to Twitter to share ways their passengers can sidestep boredom in the face of not having a laptop onboard. Using an infographic to make the argument that time flies, Qatar Airlines aims to show passengers how quickly time will pass when enjoying the onboard lounge, lie-flat bed and inflight meals. Of course, the messaging seems targeted at Business and First Class passengers only, so for those in coach without a bed and lounge, refer to Royal Jordanian’s tips.

Flying to the United States? Here’s how you can spend 15 hours with us #electronicsban #goingplacestogether pic.twitter.com/vo4yB8LbQS

Tackling Trumps electronic’s ban head on, Emirates introduced a laptop and handling service for US bound passengers. “Emirates customers traveling to the US via Dubai will be able to utilize their laptops and tablet devices on the first part of their journeys, and also during transit in Dubai,” wrote Emirates in a statement. “[Passengers] must then declare and hand over their laptops, tablets, and other banned electronic devices to security staff at the gate just before boarding their US-bound flight. The devices will be carefully packed into boxes, loaded into the aircraft hold, and returned to the customer at their US destination. There will not be any charge for this service.”

Our new service lets customers use their laptops and tablet devices until they board their flights to the US. https://t.co/n0E7Iq1KKf pic.twitter.com/D51iiKE7Gk — Emirates airline (@emirates) March 23, 2017

Royal Air Maroc’s response to the electronics ban showed the least amount of effort when compared to the other affected airlines. Taking to social media, Royal Air Maroc shared an image that encourages their passengers to “do some exercises,” while begging the question: “who really needs laptops and tablets?” Unless there is an onboard gym, I’m guessing we all do.

Turkish Airlines is undoubtedly the hardest hit airline by Trump’s electronics ban. According to a report from Bloomberg, Turkish Airlines has seen a 7.1 percent drop in stocks since the announcement of the ban due to its reliance on passengers flying out of Istanbul on US bound flights. Ali Cinar, Chairman of Turkish Heritage Organization, told Bloomberg that “Given Istanbul’s status as a global hub, these kind of restrictions are likely to lead to declines in passenger numbers and give advantage to competitors.” Cinar also suggests that a negative impact on Istabul tourism is expected due to the city’s inclusion in the ban.

Hand in your tablets/laptops during boarding to USA and use our free inflight WIFI service starting on March 31st. pic.twitter.com/LoqMOAapij — Turkish Airlines (@TurkishAirlines) March 28, 2017

On social media, Turkish Airlines is facing the electronics ban head on by offering passengers on their US bound flights free Wifi for their smartphone use as well as personalized inflight entertainment screens.

Whether approaching the electronics ban with humor or creative ways to entertain yourself onboard, the ban has created waves of annoyance for business travelers, airlines and – perhaps the true victim – parents who may need more than exercise or free Wifi to keep their toddlers entertained.