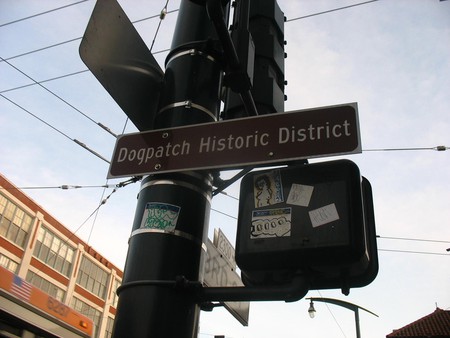 The Dogpatch District may not have always been on either city native or tourists’ radars before, but it’s always had a supreme cool factor. It’s long been part of San Francisco, but in the 1960s, when Interstate 280 was built, the Dogpatch’s streets that connected it to the city through Potrero Hill were cut off. This resulted in the Dogpatch’s feeling of seclusion and added to the district’s underrated coolness.

There’s still plenty of fun and cool things going on in the Dogpatch, like its art scene. Years ago, the district had a slightly cheaper-than-average rent (for San Francisco). Mix that with ample warehouse space, and artists have been attracted to the district for decades. Galleries of both young and old artists pop up all the time in the Dogpatch. Walking along the the main streets here, there’s no doubt that you’ll find a couple of intriguing art galleries to wander through or a few inspiring pieces of street art. 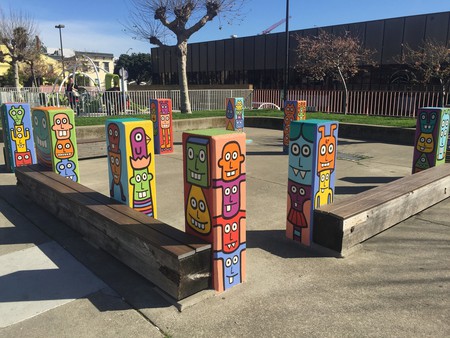 The Dogpatch is a hub for creatives with a wondrous industrial setting. The district was a simple shipbuilding district of San Francisco dating back to the 1800s. Lots of the vintage grit still stands in the Dogpatch today, which can arguably be compared to the steampunk rage that’s been hitting the U.S. this generation.

This idyllic art and design district is also home to some grub that’s defining its food culture. Many of the Dogpatch’s eateries have turned into favorites among the locals. This is thanks to the carefully crafted dishes and meticulously poured drinks.

The vintage backdrop and delectable food culture in the Dogpatch has made memorable brunches a thing here. One of the top places to grab a morning/afternoon bite is Serpentine, serving up brunch in the Dogpatch district Thursday through Sunday. This spot is a perfect example of what the Dogpatch food scene has to offer. In business for over 10 years, it’s what the Dogpatch’s industrial cool factor would look and taste like if it were food.

If you’re looking for an extra bit of chic while exploring the Dogpatch, why not go cheese shopping in a specialist cheese shop? La Fromagerie also has an SF location in the Financial District, and La Fromagerie du Dogpatch just throws an entirely new layer of cool on the neighborhood. This cheese shop, run by two Frenchmen, offers a wide and eclectic selection of cheeses from around the world, as well as wine and sandwiches.

You need some cheese, some wine or some champagne to well finish this year ? La Fromagerie in Dogpatch (2425 3rd street) is going to be open for you those Saturday and Sunday from 11am to 6pm. #instacheese #sffoodie #sfeats #dogpatch

Third Street, which runs right through the middle of the Dogpatch, offers a trendy mix of eateries, bars, pubs, galleries, and other cultural treasures. Another addition to the district’s coolness is the Museum of Craft and Design. Founded in 2004, this museum is the only one that exclusively showcases contemporary and modern craft. It is always collaborating with local designers and creatives to bring the most exquisitely special public programs, exhibitions, and other visual inspirations you won’t find anywhere else. 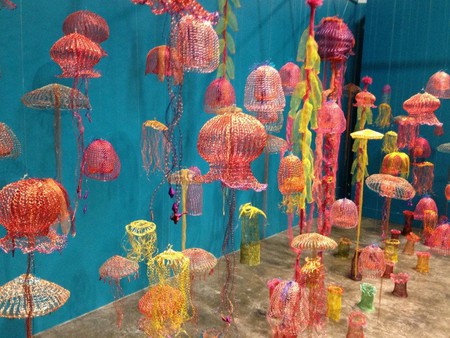 These amazing spots that make the Dogpatch great are mostly locally owned. Whether you’re window shopping, grabbing a bite, looking for a new dress or coffeemaker, the Dogpatch has loads of local business you’ll feel great about supporting.

The up-and-coming district is becoming a bigger blip on the radar of the city and the surrounding Bay Area. The Dogpatch is San Francisco’s fastest growing neighborhood, with huge developments breaking ground constantly, this district’s population is said to sprout up 8,000 by 2025. Now’s the perfect time to explore the Dogpatch district and see how it redefines what it means to be cool in San Francisco.