'Her Body and Other Parties' by Carmen Maria Machado, Fables of Horror 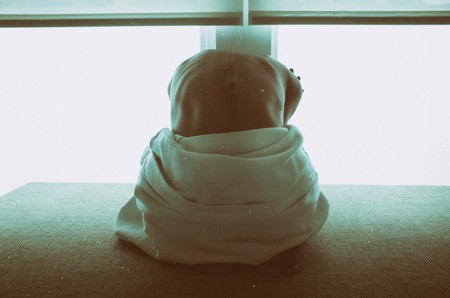 ‘Letting bodies be real’. This was Carmen Maria Machado’s answer when asked about her secret to writing well about sex, in an interview with The Guardian. Though ‘letting bodies be real’ might be an equally apt response to why Machado’s writing weighs so heavily. The characters in the American author’s stories in Her Body and Other Parties – narrated by an all women cast – are filled with a kind of unsparing nakedness, a real-ness that is as banal as it is magnificent. These are women who are young mothers, women who struggle with body image, women who want more in their careers, women whose voices have been relegated to the silent wings – they are brought to life through their particularities, but their chorus sings the collective female experience.

We enter Machado’s genre-blending collection of stories – shortlisted for the Swansea University Dylan Thomas Prize in 2018 and America’s National Book Award for fiction in 2017 – with a stage direction. ‘If you read this story out loud, please use the following voices’, she writes at the beginning of ‘The Husband Stitch’. Though she and the three male characters are each afforded individual, distinct voices, we are told to use a voice ‘interchangeable with my own’ for all other women, a double-edged comment on the rejection of female subjectivity and on the commonality of female experience.

The husband stitch refers to the extra stitch doctors can add to tighten the vagina when repairing an episiotomy after childbirth, a practice that is often – though falsely – dismissed as urban legend. In ‘The Husband Stitch’, first published in Granta in 2014, the doctor says: ‘You’re all sewn up, don’t you worry, he said. Nice and tight, everyone’s happy,’ as the female narrator struggles to respond, caught in the hazy aftermath of childbirth. The invasion – the violence – is intensified through her silence, and the nonchalance of his words. She later meditates on the character of her husband, the man who asked for the extra stitch: ‘He is not a bad man, and that, I realize suddenly, is the root of my hurt. He is not a bad man at all.’ He may not be a bad man, but his desire to own her, to not let her body be hers, proves fatal. 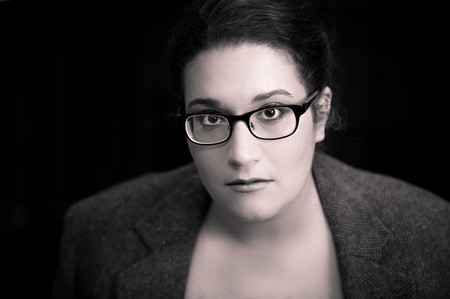 Machado’s stories explore a vast, unforgiving spiral of experience: in ‘Eight Bites’, sisters ‘noosed by genetics’ undergo weight-loss surgery, raising questions of beauty and shame; in ‘Inventory’, the narrator reels off a litany of homo- and hetero-sexual encounters, each one beginning with a cast list, dispassionately introduced as ‘One woman,’ or ‘One boy, one girl’; ‘Mothers’ is a surreal and unsettling tale exploring the complexity of motherhood, in which moments of psychological transparency make Machado’s characters feel convincing: ‘I pick her up and lean her against me, whispering I love you, baby, and I am not going to hurt you, but the first thing is a lie and the second thing might be a lie, but I’m just not sure.’ Where Machado flourishes is letting her characters own chambers of their minds that most would keep hidden.

If her stories are peopled by ‘real bodies’, they are driven by the force of the supernatural. A mythical and folkloric undercurrent is neatly threaded through the work, as might be expected of a writer who has featured in sci-fi and fantasy journals such as Strange Horizons, Nightmare Magazine and Uncanny Magazine and has been compared to the likes of Angela Carter and Shirley Jackson. In ‘Especially Heinous’ – a kaleidoscopic take on US cop show Law and Order – the female protagonist is plagued by the sound of voices, while in ‘The Husband Stitch’ a young girl is found dead in a cemetery trying to disprove a theory about contacting the dead. Most chilling is the inexplicable epidemic that causes women’s bodies to fade away, explored through two lovers in ‘Real Women Have Bodies’. As the narrator reveals, ‘I can see that her skin is more like skim milk than whole, that she seems less there,’ we feel the harrowing pain of seeing a loved one slip – this time literally – between our fingers.

Her Body and Other Parties by Carmen Maria Machado is published by Serpent’s Tail, £12.99