The Black Woman Behind the World's Most Groundbreaking Medical Research 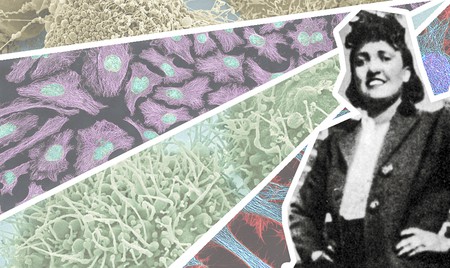 There isn’t a person alive who hasn’t benefited from the theft of Henrietta Lacks’ cells. And for at least 20 years, her family (and the public) had no idea.

Who is Henrietta Lacks?

Henrietta was just 31 years old when she died from cervical cancer in 1951, but many medical researchers consider her immortal. At the time of her death, her family didn’t know that Henrietta would be the catalyst for breakthroughs in cancer, polio, cloning, and gene mapping, among other things. That’s because the doctors who took Henrietta’s cells did so without her or her family’s authorization.

“My mother would be so proud that her cells saved lives,” Henrietta’s son, Lawrence Lacks, said in a statement. “She’d be horrified that Johns Hopkins profited while her family to this day has no rights.”

Doctors at Johns Hopkins Medicine removed samples from Henrietta’s cervix during treatment for what was a very aggressive form of cervical cancer. Researchers gave her cells the code name “HeLa” so that they wouldn’t be traced back to Henrietta. Her family only found about about the HeLa cells in the 1970s. Since then, Johns Hopkins has apologized to the family and thanked Henrietta for her contribution, while also firmly stating that consent for use of cells wasn’t customary in 1951 when Henrietta’s were stolen.

Why are HeLa cells so important?

HeLa cells were the first known cells to live outside of the body, which is why they’ve been dubbed “immortal” by many. Some of the cells were healthy, while others were cancerous. But somehow they became the most used cells in medical scientific research.

The polio vaccine, in vitro fertilization, and numerous cancer treatments have all been pioneered in whole or in part through the use of HeLa cells. The cells, which continue to grow and flourish outside of the body, allow for uniformity in research and an unlimited availability of cells. 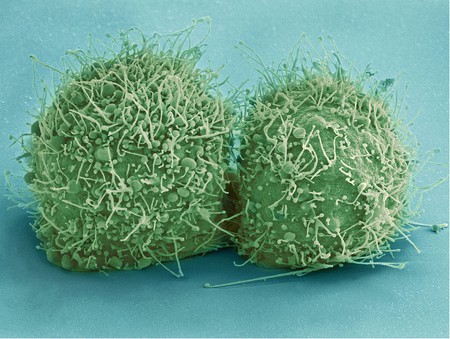 “Everyone else is making funds off Henrietta’s cells,” Henrietta’s grandson Ron Lacks said, according to the Washington Post. “I am sure my grandmother is up in heaven saying, ‘Well, what about my family?’ ”
Henrietta’s story is set to be the subject of an HBO movie based on the 2010 book, The Immortal Life of Henrietta Lacks by Rebecca Skloot. The movie, which stars Oprah Winfrey, is set to premiere on April 22nd this year.