Over the course of the past 20 years, Wahl has seen soccer and the MLS grow and improve in America. The league itself has doubled since its inception from 10 to 20 teams, will expand to 23 by the 2018 season and can be seen weekly on Fox Sports 1 and ESPN.

While the MLS isn’t yet held in the same regard as the top European leagues including the English Premier League, La Liga, Bundesliga or Serie A, it has improved vastly since it began. Soccer as a whole has also increased in popularity in the United States thanks to a combination of success at the national level, an increased presence on TV, international stars and clubs marketing in the U.S. (Barcelona recently opened an office in New York City) and the likes of David Villa, David Beckham and Andrea Pirlo coming here to play domestically.

Wahl, a leading soccer journalist and best-selling author, sat down with The Culture Trip to talk about the culture and popularity of soccer in America.

How have you seen soccer in the United States evolve over the past 20 years?

The change between ’96 and 2016 is totally night and day. When you’re trying to change a culture it takes time. I know sometimes soccer fans in America are a little impatient because they see that other sports have the best leagues in the world here and that isn’t the case in soccer, yet the growth is remarkable when you have experienced it and can sit back and view what’s happened. That’s not just MLS. MLS is certainly a big part of that — a huge part of that — but it’s also the growth of European soccer on American television to the point where now you’ve got 70, 80 games a week on TV from around the world, not just Europe, whereas 15 years ago you had two or three at most.

What is the appeal of the American market to foreign clubs?

All of the top clubs in Europe want to be bigger in the U.S. — that applies to clubs, players, coaches. They’re often willing to do things from a media perspective with American outlets that they often don’t do with their own media, which I try and take advantage of. Bayern Munich opened an office in New York a couple of years ago, Barcelona opened a New York office recently and they’ve clearly identified the U.S. as a country that they want to get bigger in and think they can. Bayern has targeted the U.S. and China, so they alternate visiting each country year on year, but they also have this season-round presence where they make their players available media-wise consistently, which is great. Other clubs are doing the same. Some clubs come to the U.S. for preseason games like the International Champions Cup — it’s a good preseason for them, they get decent money out of it and they build their brand in the U.S.

In some ways I think one of MLS’ biggest challenges for growth isn’t other sports, but just other soccer. MLS has grown a lot — from an attendance perspective they’re doing really well, from a television perspective they still haven’t figured that out yet and now they’re getting challenged by the Premier League, which gets better ratings than MLS. That’s something MLS has to figure out, how to make it work on TV and convince soccer fans in America to become MLS fans, because there are MLS fans in the U.S., but there are also a lot of soccer fans in the U.S. who don’t consider themselves MLS fans.

What is the international perception of the MLS? Is it still viewed as a ‘retirement league’ where players come as their careers are winding down?

Clearly being called a ‘retirement league’ is a phrase you hear, especially in a place like England. I think also there are people who are intrigued by what’s happening in the U.S. — how a salary cap works and the impact that has. I’ve also run into people who think the U.S. is a sleeping giant in soccer that’s no longer sleeping. You also have disdain still toward what they think is a cheap league that doesn’t play soccer at nearly as high a level as you see in the top leagues in Europe. I watch a lot of soccer. Granted I’m paid to care about MLS, but I also genuinely watch a lot of MLS games and think it’s a good league to watch now because it’s gotten better. It’s not the Premier League, but that doesn’t mean it’s not watchable.

I think it’s important to see guys like David Villa come here and really play well and take it seriously, that hasn’t always been the case over the years with star players coming over just to get a paycheck. 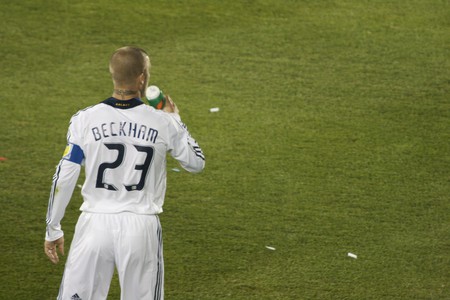 Not only is a soccer culture being built here in the United States, but China has also made a recent push to increase the sport’s popularity. What are your thoughts on the Chinese Super League and soccer in China?

It’s amazing how much money China spent in the last few transfer windows. It’s just a huge amount of money. They realize to get some of the players they’ve gotten to come over there they have to pay a lot more than market value. Yet my question with China remains and has always been, is it sustainable? Right now there’s a push from the guy who runs the country (Xi Jinping) who is a big soccer fan to get more top, wealthy Chinese businesses to own soccer teams and spend this money on bringing players over from Europe. How long will that push come from the very top?

In addition to signing all these players for a lot of money, there’s a national directive to teach the youth soccer. They hired an American guy (Tom Byer) who had a lot of success in Japan, to work with their department of education. They’re talking about wanting to win the World Cup by 2050. The Chinese national team on the men’s side has only made one World Cup back in 2002. They’ve kind of been an underperforming, corrupt disaster. We’ll see if they can qualify for another World Cup at some point. It’s a long process. It seems they’ve realized that part of it — the building of their own, good young players – is going to take some time.

It’s interesting to see how both the United States and China go about trying to build up soccer domestically, isn’t it?

Different approaches. A lot of the big-money guys the Chinese Super League is signing are guys the MLS doesn’t even want. They’re good players, but they’re not going to put butts in seats in MLS. There aren’t too many guys both China and the MLS are competing for.