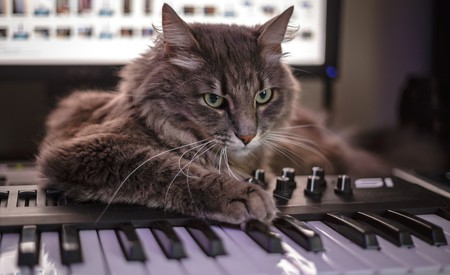 We’ve seen A.I. transform photographs into creepy jingles, but can machine learning turn a cat into a trombone?

Douglas Eck, a Senior Staff Research Scientist on the Google Brain team, recently spoke with The New York Times about Project Magenta, the Google initiative dedicated to teaching machines how to craft their own art, including music, sketches, videos, and jokes.

Among Eck’s latest efforts is NSynth, a venture focused on creating combination sounds never heard before, like the mixture of a trumpet and a clarinet, or a bassoon and a clavichord. New York Times reports:

“Much as a neural network can learn to identify a cat by analyzing hundreds of cat photos, it can learn the musical characteristics of a bassoon by analyzing hundreds of notes. It creates a mathematical representation, or vector, that identifies a bassoon. So, Mr. Eck and his team have fed notes from hundreds of instruments into a neural network, building a vector for each one. Now, simply by moving a button across a screen, they can combine these vectors to create new instruments. One may be 47 percent bassoon and 53 percent clavichord. Another might switch the percentages. And so on.”

A quick play with NSynth online allows users to pair together a variety of instruments, as well as the sounds of a goose, cow, dog, thunder, and cat (we’re calling it now: cat-sitars are the future of music).

Head over to the New York Times to read the full article.