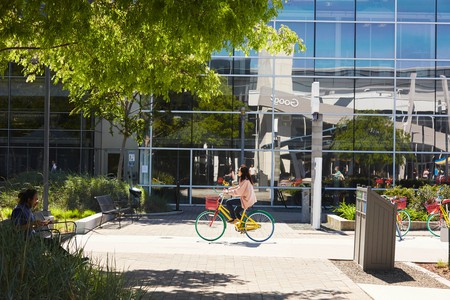 A sexist manifesto written by a Google employee has once again brought the issue of gender bias in the U.S. tech sector into the spotlight.

The issue has barely been out of the news in recent months, as scandal after scandal has revealed a deep-rooted sexist culture within major companies.

The memo, written by a Google engineer, was shared widely this weekend, and the search engine giant has since fired the author. Google’s CEO Sundar Pichai told employees in an email on Monday that the note broke the company’s code of conduct.

The author of the manifesto, which was titled Google’s Ideological Echo Chamber, argued that there were fewer women at Google because of biological differences. “I’m simply stating that the distribution of preferences and abilities of men and women differ in part due to biological causes and that these differences may explain why we don’t see equal representation of women in tech and leadership,” the memo read.

Pichai said the memo was against the company’s code because it was “advancing harmful gender stereotypes in our workplace”.

“To suggest a group of our colleagues have traits that make them less biologically suited to that work is offensive and not OK. It is contrary to our basic values and our Code of Conduct, which expects ‘each Googler to do their utmost to create a workplace culture that is free of harassment, intimidation, bias and unlawful discrimination’,” the CEO added.

The memo has already had a negative effect on the company’s attempts to recruit new personnel, Mashable reports. Several engineers have tweeted screenshots of recruiters’ attempts to contact them, and their replies mentioning the memo.

Well, I never thought this would be my response to a recruiter from @Google. 🙁 pic.twitter.com/Yt8JhZWYK3

The Google memo is just the latest in a long line of incidents representing the technology industry’s problem with gender bias. Last month prominent investor and founder of 500 Startups Dave McClure apologized for making “multiple” advances toward women, labeling himself a “creep”.

And in June an Uber board member was forced to resign after making a sexist comment during a meeting arranged to address the sexist culture of the company.