Google and Levi's Partner to Bring You Wearable Tech 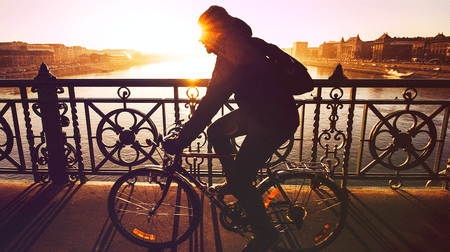 If you bike to work, you’re in luck. No longer will you have to rely on your smartphone for directions; all you have to do is wear this new jacket — a collaboration between Google and Levi’s. Its sleek design proves just how much the wearable tech market is evolving.

The Levi’s Commuter™ x Jacquard by Google Trucker Jacket ($350) will hit shelves in fall 2017, and although its market is relatively niche, (aimed at cyclists who need to keep their eyes on the road, not their phones) its arrival signals a breakthrough in wearable tech. Why? Because the design does not look cumbersome and, well, tech-y.

“I think that the Commuter Jacket from Levi’s is really perfect because it’s focused on a single consumer audience. It has the cyclist in mind and is targeting what their needs are,” Sidney Morgan-Petro, retail editor at the trend forecasting firm WGSN says, as noted in The Denver Post.

Find the technology in the fibers of the jacket, which is totally washable. A “cufflink” that powers the tech fibers, and has a battery life of two days, is removable (a function that allows the jacket to be washable).

The aforementioned tech fibers let the wearer make and receive phone calls, use GPS, pause playlists, check time, and all other functions of a smartphone, just by swiping their sleeves.

Although Google and Levi’s announced a partnership using a technology codenamed Project Jacquard last year, and the jacket made its debut at Austin’s SXSW tech conference on March 12, it’s making news today as trend forecasters are beginning to realize that wearable tech might just be fashion’s next big trend.

According to Engadget, fashion analysts are treating the Google x Levi’s Commuter Jacket as “beta test” for the possibilities of technology you can wear. Ivan Poupyrev, who heads up Project Jacquard told the Business of Fashion, “One of the things that was constantly coming through is that wearables are not fashionable.” He continued, “In fashion and apparel, people often think about it as the look and feel, but it’s the story and authenticity behind apparel that makes fashion, fashion.” Because the Commuter Trucker Jacket is intended for such a targeted group of wearers — cyclists — authenticity is implicit with this product.

Fashion and tech are known for being fickle industries, so it remains to be seen if people will actually don this hi-tech jacket. But with such an authentic marketing strategy and niche consumer base, the future of wearable tech is looking good.