This Is Why Your Diet Isn't Working 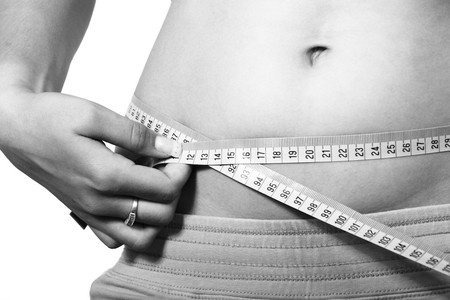 Many of us have a relationship with food that’s complicated at best, disruptive at worst.

According to a recent study by Mayo Clinic less than 3% of Americans are living a healthy lifestyle, and the obesity rate is as high as 35% in some states, while at the other end of the scale disordered approaches to eating, like orthorexia — where the sufferer takes the idea of “clean eating” to extremes, obsessively restricting their diet to only the healthiest foods — are also on the rise. Add to this a relentless exposure to thoroughly unrealistic body ideals and it’s little wonder why many have difficulty reaching and maintaining a healthy weight.

According to nutritionist Chris Sandel managing weight isn’t as simple as calculating calories in versus energy out, and most of us need to be less concerned with what healthy looks like and more concerned with what healthy feels like. I caught up with him to find out more about his alternative diet philosophy and why you should completely rethink the idea of a “goal weight.”
Esme Benjamin: You say society’s definition of health and fitness has been hijacked by appearance. How do you help clients disassociate their health from the way they look?

Chris Sandel: Firstly, it’s just explaining that health and aesthetics aren’t one and the same, as this is such a new concept to most people.

But mostly it’s about getting them to become aware of their body and their symptoms. Noticing things like their mood, energy throughout the day, their digestion, the quality of their sleep, their menstrual cycle, etc. Shifting the focus to these indicators and noticing what makes them better or worse; rather than ignoring all of them and solely focusing on getting the number of the scale to budge.
EB: What kinds of health issues do you see in clients who are not consuming enough calories?

CS: The issues can be wide ranging but I’d say we can roughly divide them into two categories.

The second is mental and emotional symptoms. This can manifest as anxiety and feeling overwhelmed, a preoccupation with food, erratic moods, poor focus and lack of concentration.
EB: Recently you did an experiment in overeating, where you consumed 3,200 – 5,000 calories a day. Can you tell our readers what you discovered about weight set points during the experiment?

CS: To give some perspective, over a period of nine weeks I ate just shy of 35,000 extra calories on top of what numerous calorie calculators estimated I needed. Despite this intake my weight only increased by 1.2kg or 2.6 pounds.

There is an idea known as the weight set point theory. It holds that our body has a natural weight range that it wants to keep us in (the range is roughly 10% of our weight). To move out of this range, whether higher or lower, is typically fought against by the body.

Now there are definitely things that can move this weight set point up and down and with the environment we currently live in (the availability of high-sugar, high-fat foods), it’s much more likely that this is being ratcheted up.

But the truth is that we have less control of our weight over the long haul then most people believe. We have influence, and we can move the needle, but ultimate control over our weight is a fantasy, except for a small minority.

EB: How can people figure out what a healthy weight is for them? 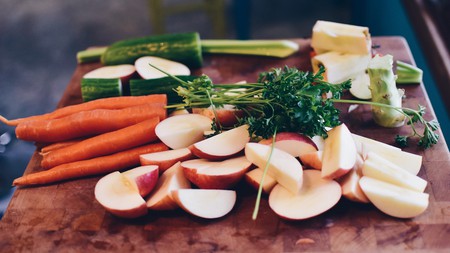 CS:While this seems like a straightforward question, it’s difficult to answer because there are so many variables.

As a society we don’t seem to appreciate body diversity. We come in different shapes and sizes and what may be heavy for one person is a very natural and normal size for someone else.

But equally important is that, even if on paper someone’s weight is potentially higher than ideal, statistically we aren’t very successful at reducing this weight and keeping it off long term. So even if a “healthier” weight is less, we don’t have a magic wand to make this so.

Rather than focusing on weight, I suggest people cultivate healthful habits and look t how this affects their symptoms. If it leads to weight loss, then great. If it doesn’t, then health is still going to be improved regardless.
EB: What is the biggest misconception about diet you’ve come across?

CS: Probably the idea that there’s this one perfect diet that we should all be eating, with every diet book arguing that they’ve found the secret formula. As humans we can thrive on a wide variety of diets. This might not mean every diet works for every individual, but they probably have a lot more wiggle room than most rigid diets make out.

If I could add a second misconception, it’s the over importance some people place on food at the expense of other factors. Things like proper sleep, healthy relationships, a strong sense of purpose, regular sunlight and much more. These can be just as important as what someone eats and in this age of “clean eating” it’s easy to forget this.
EB: What is the healthiest way to lose excess weight?

CS: I’d like to preface this by again saying that we come in different shapes and sizes and that as a society our ideals for how people should look are totally unrealistic. So for a large percentage of the population who thinks they have “excess” weight to lose, they really don’t.

But to answer the question, the healthiest way is to find the real reason why weight gain is happening.

Some people emotionally eat, so the solution is learning other coping skills. Others put on weight due to stress, so learning how to manage stress and making life changes to reduce or remove stressors.

Some people eat unhealthy microwave meals or fast foods because they don’t know how to cook, so the solution is simply learning how to make healthy stuff. Others have a thyroid condition and the solution is being treated effectively.

So rather than a blanket statement of “eat less, move more” it’s about discovering what’s really going on and remedying the root cause, if that is possible.
EB: What are some basic diet rules we should all be following to stay physically healthy?

CS: Eat slowly and mindfully; it’s incredibly difficult to over eat when you do so sitting down and being full present for every bit of your meal.

Listen to your body instead of diet books; most of the health problems people struggle with arise because they’ve ignored their body.

Base your diet as much as you can around real foods that we have been eating for millennia. You don’t have to go “paleo” or feel guilty about eating a burger, but simple things like eating fruits and vegetables or having more home cooked meals really do make a difference.

Find movement that you enjoy and do it regularly. Swimming, ballroom dancing, rock climbing, horse riding, walking. It doesn’t matter if you don’t think of it as exercise, if you can be moving and having fun, it’s much more likely you’ll keep it up.

Get proper sleep, which means seven or eight hours a night (or more if you need it). Sleep is when your body does most of its repair work and it’s hugely under appreciated.