Get Egg-cited, You Can Now Buy Kinder Eggs in America - or Can You? 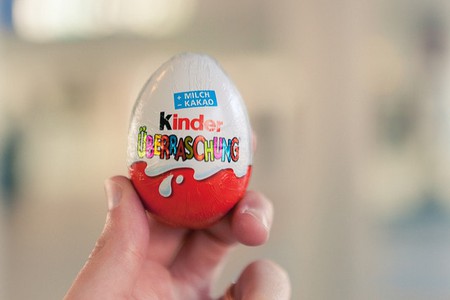 Jump for joy, because Kinder eggs are going to be sold in America for the first time since the ’70s. Finally!

The famous egg-shaped chocolate is hollow, and contains a small yellow pod with a toy inside. Popular in Europe, a 1930s law that banned foods containing non-edible items prevented the sale of the sweets when they were first launched.

But now the ban has been lifted, and America’s kids (and kidults) can enjoy a product that is almost, but not quite, a Kinder egg—a Kinder Joy. 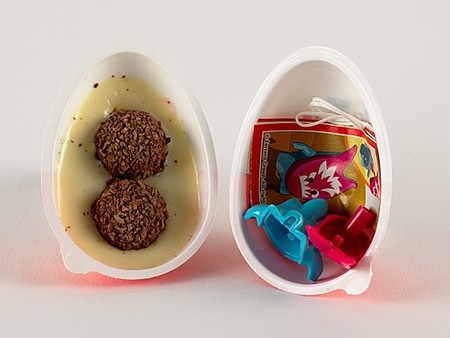 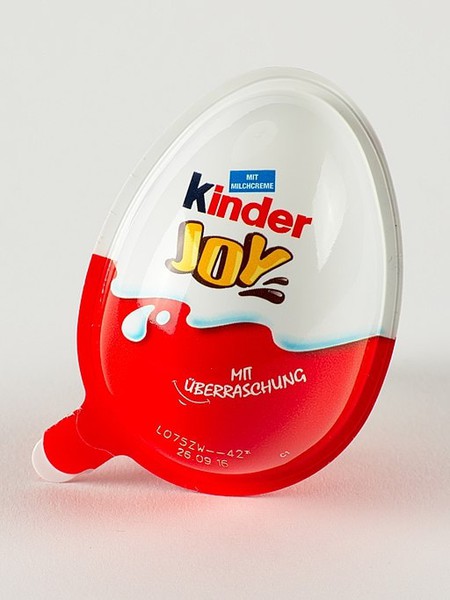 Designed for hotter climates (so that the chocolate doesn’t melt around the internal toy, presumably) but conforming to the strict U.S. laws, the candy is a sweet milky cream with crispy balls filled with cocoa cream. The toy isn’t situated within the snack, but in a separate compartment beside it.

The toys have long been held up as an example of America’s confusing safety laws, which ban Kinder eggs but allow military-grade rifles to be purchased legally.

Welcome to America – a country where Kinder Eggs are banned for safety reasons, but guns are not. pic.twitter.com/np9F15Y3yW

Ferrero International, who also own Nutella, the chocolate spread that Americans know and love, announced that the special version of the Kinder candy will be sold in the US from Black Friday (November 24) onwards.

Paul Chibe, CEO of Ferrero North America, said: “When you’re a kid, every surprise counts, especially the little ones. Kinder Joy is a fun, new way to help parents bring little surprises to their kids anytime they want.

“The delicious, unique taste of Kinder Joy and the wide variety of toys will delight kids, while mom and dad will be surprised by the high quality of the confection and toys—it’s unlike anything currently on the U.S. market.” 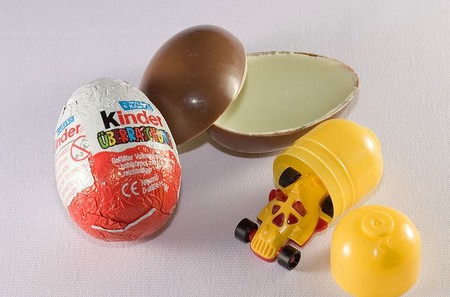 Kinder eggs were banned because they were considered to be a choking hazard for children.

The authorities haven’t been messing around with the ban, either—in 2011, over 60,000 illegally imported Kinder eggs were seized. It’s likely that they were taken from people unaware that they were banned rather than a Kinder egg smuggling ring, though.

Reports have stated that some people have been fined up to $1,200 for bringing the sweets into the country unawares.

Head to Walmart on Black Friday if you’re desperate to buy the candy, where there’ll be sold for $1.34 each. After 30 days, you’ll be able to buy them wherever you normally buy your snacks.