George Washington Could Have Been His Majesty the President 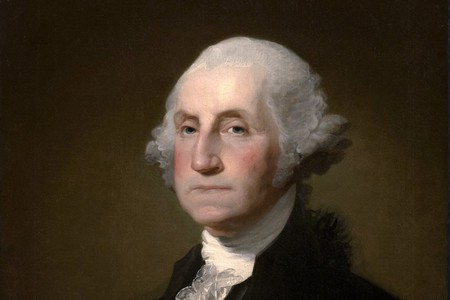 Perhaps one of the only things uncontested these days in Washington, D.C., is that the head of the executive branch of the United States should be called the President. (Who that president should be is another story.)

But this consensus wasn’t always so. When the first American leader, George Washington, was inaugurated in 1789, his title was a topic of hot debate. The first democratically elected head of a nation, there was no precedent for the kind of ruler that Washington was, nor one that the new country had decided he should be. 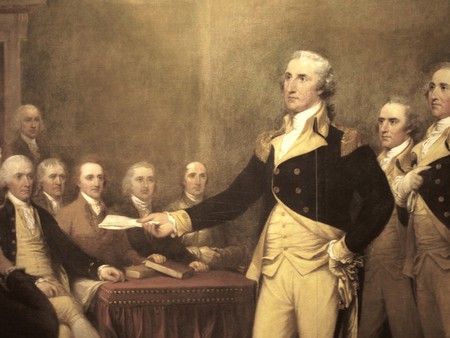 A portrait of George Washington by John Trumbull | © Joye~ / Flickr

Unlike a king, he would not have complete and final authority over the laws of the country or the justice system. He would have to share powers with a legislative branch, who would be elected by the people of their state and make laws, and with a judicial branch, who would interpret the laws.

What title would adequately represent this new type of governing authority? Perhaps the most encompassing suggestion was “His Highness, the President of the United States, and Protector of the Rights of the Same.” Other ideas included “His Elective Highness,” “His Majesty the President,” “Your Most Benign Highness,” (indicating, perhaps, a perspective on the presidency as a more evolved version of a monarchy), “Most Illustrious and Excellent President,” and, simply, “George.”

One thing was clear: Americans did not want to call their leader “king.” As they just fought a bloody eight-year war against the British, the new American government was in no mood to appropriate anything from their former colonial overlords.

The word president comes from the Latin “praesidere,” which means “to sit before” and was used at the time to refer to “an officer who would sit before a gathering and would serve as the presiding officer,” according to Ben Zimmer, a linguist who is the executive officer of Vocabulary.com.

This head of a group of distinct authorities fit the idea for the new head of government well. And so the title was codified into law in Article Two of the Constitution. 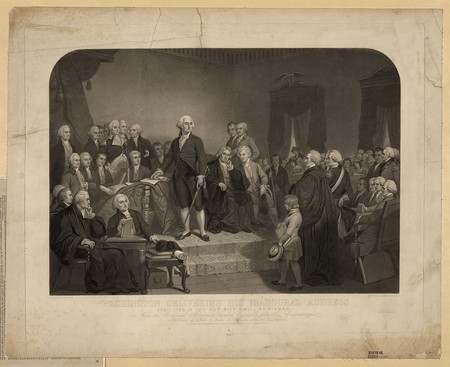 But while the House was set on this modest title, many in the Senate were concerned that the title was too plain, and would detract from the seriousness of the office and the immense responsibilities the president shouldered. The House was adamant, fearful that glorifying the president too much, even by his title, risked the president feeling entitled to more power than the founders intended.

Finally, the Senate relented in order to preserve the harmony of the government in the lead up to Washington’s inauguration, and on April 30, 1789, Washington became President Washington.

And the honorific didn’t stop in America. As democratic revolutions swept the globe in the ensuing decades, and again in the mid-20th century, numerous countries adopted the American title for an executive of limited power, including Haiti and its 1807 bid for independence from the French and dozens of other nations today.