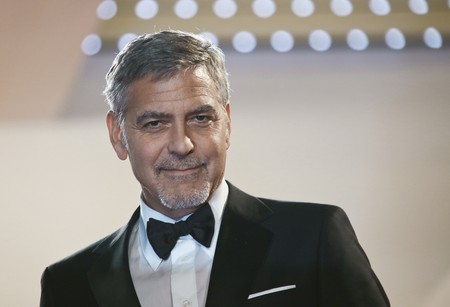 As it turns out, that tequila company was worth wayyyyy more than anyone would’ve guessed: It was just sold to liquor giant Diageo for a whopping $1 billion. The Wall Street Journal estimates Diageo is paying approximately $500 per bottle of the tequila, which retails for about $50 each.

The internet has taken note, and the jokes are flowing in.

God: I apologize for making you go through life as George Clooney, here’s $1 billion.

George Clooney had a $1 billion tequila business? No wonder there was no sequel to Out of Sight. https://t.co/wCBaSf8KKW

George Clooney sold his tequila company for a BILLION DOLLARS and the dude is still starring in Nespresso commercials??

It would be a nice gesture if George Clooney used some of that billion dollars to give everyone who saw Batman & Robin a refund.

George Clooney knew of our Batmen rankings and his ascension to billionaire status is him method-acting his way into being Batman again.

We’re just happy that all those years of hard work and uncertainty have paid off for Clooney.