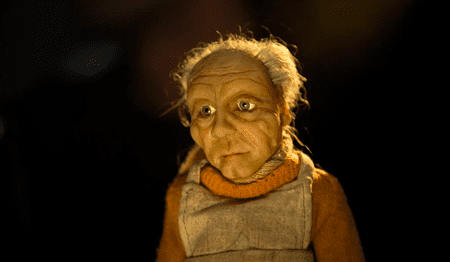 © Too Loud a Solitude Film

In 2007, film director Genevieve Anderson released a puppet film based upon Czech author Bohumil Hrabal’s classic novel Too Loud a Solitude. The novel tells the story of Hanta, a reclusive paper pulper who saves rare and banned books and meditates on knowledge and experience. Hanta’s contemplative narrative voice was brought to life by actor Paul Giamatti, who worked with Anderson’s team to bring Hanta’s story to screen through the ingenious use of puppetry and animation. Because of funding, only an abbreviated 17-minute version of her planned feature film was shown in theaters worldwide, and in 2009 was awarded a Citation Of Excellence by the Union Internationale de la Marionette (UNIMA-USA). Now nearly a decade later Anderson is raising funds via a Kickstarter campaign to bring out the feature-length film adaptation of Too Loud a Solitude she has long envisioned. Anderson was kind enough to answer some questions via email about her pursuit and passion for this project, it’s long-term development, and some of the notable people who have supported the making of this film, including Giamatti, who is again voicing Hanta. 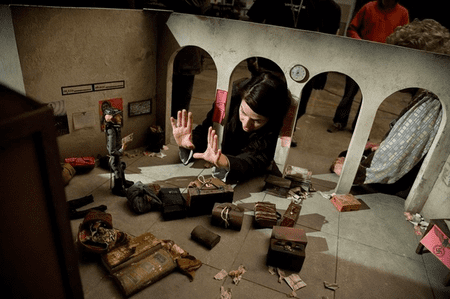 CT: Tell me about the beginning of this project. When did you first read Too Loud a Solitude and realize you wanted to make a feature-length puppet animation from it?

A friend who was traveling in Prague found this book at Shakespeare and Sons and thought it was perfect material for one of my films. I was sold on the first page: “For thirty-five years now I’ve been in wastepaper, and it’s my love story… I am a jug filled with water both magic and plain… when I read I don’t really read; I pop a beautiful sentence in my mouth and suck it like a fruit drop…” and on and on. It’s some of the most sensual language I have ever encountered in literature, and there is something very tactile about it. Puppets for me are very tactile as well, so the book, in my opinion, really lends itself to the medium.
Hrabal’s story takes place largely in the mind of its protagonist, Hanta. Much of it is memory, some hallucination, and visions. The book is framed within the idea that books and the ideas contained within them are precious, but also vulnerable. Progress threatens to destroy the world of ‘small pleasures‘, like the feel of pages in a book and the delight of a gorgeous sentence. I felt so much resonance with how progress and technology, as integral as they are to our evolution, also compromise the simple aspects of being human. We relinquish much of our agency to progress, and Hrabal’s book is an unsentimental testament not only to what is lost, but also contains an acceptance of what is inevitable. It’s a timeless and timely book, which must be why there are so many people all over the world who love it.

What are some of the differences between the short version, released almost a decade ago, and the forthcoming long version? Is this a continuation of the short film or a whole new version? Are the puppets the same? The stage settings? Or has everything been re-envisioned for it?

The approach to the feature will be different on pretty much every level—from the script, the size, and construction of the puppets—to how we integrate the build and the computer-generated environments. A lot has happened in ten years, and there are a lot more tools at hand. At the time when we made the short version, we only had a budget to make a scene sample of the larger film, and our resources were limited. I am so grateful that we were only able to make what we made because we learned SO MUCH from doing it, mostly about puppeteering in real time and how difficult it can be. We are making the new, larger puppets with simple armatures for increased fluidity of movement, and conceiving the whole film in discrete segments that can be designed and executed with more precision. 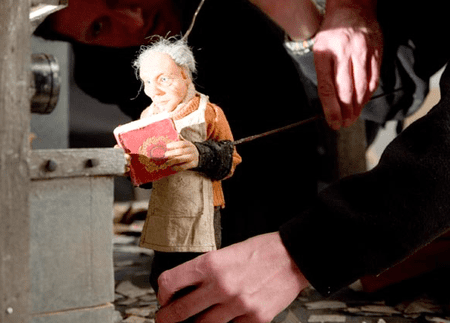 Puppeteers | © Too Loud a Solitude Film

The idea of a puppet film for Hrabal’s Too Loud a Solitude brings to mind the Brothers Quay stop-motion adaptation of Bruno Schulz’s Street of Crocodiles and Charlie Kaufman’s Anomalisa (which was also funded through Kickstarter). These types of films, though majestic, aren’t common, and you say yourself in the campaign video, “No studio is going to fund a puppet film based on Eastern European novella.” What has inspired you to keep pursuing it despite financial obstacles? How has the literary community shown its support?

I think people who make these kinds of projects, including myself, do so because of a deep fascination with forms, sensations, and ways of being that aren’t accessible or visible in the “ordinary” world. I think there is a real loss of dimensionality that results from an obsession with two-dimensional screens, and I believe that many of us really crave the kind of texture, and tempo, of the rough-hewn world of puppets. The impulse to do this work must come from some primordial inner dimension, I don’t know, because it makes no sense from a financial point of view. But it’s deeply engaging, and I think that’s why people respond to it the way they do. It accesses interior places that most other things just don’t. The literary community, like the puppet community, generally has modest means, but both communities have been very supportive in terms of writing about our project and spreading the word. 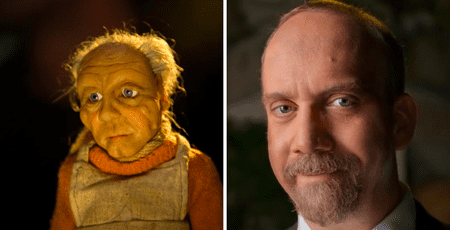 There is a crack team of people working to bring Hrabal’s book to life, from people who have worked on the Muppets and Tron, to actor Paul Giamatti, who provides the voice for the main character Hanta. What led them to join this project? Are they all fans of Hrabal’s work?

I know, our team is incredible. Kelly Miller (producer) and Alex MacInnis (writer) have been on the project from the beginning, and I know both of them from college. Although Kelly and I didn’t actually know each other while we were at college (we were in different departments), she saw the first film I made after college, Boxed, and helped me get to the Berlin Film Festival with it. That was in the late 90’s, and we have been a team ever since. Steve Gaub and Evan Jacobs came on at a time when, although they had done some great, smaller projects, were still building their careers. Now they are both big shots, and the fact that they are still with Too Loud A Solitude is a testament to how cool, and committed, they are. Isidore Mankofsky, who shot the original Muppet Movie and who shot the short version, came to the project when Darin Moran, the cinematographer who will most likely shoot the feature, wasn’t available. Completely random, awesome synchronicity. And Paul Giamatti, who has also stayed with the project for the past ten years. He is the only one, I think, who was familiar with the book before coming on board. He is as lovely as they come. And Frank Rehak, Greg Bachar, and all the other team team members are amazing. I am truly blessed.

What are your plans for this film were it to achieve its Kickstarter goal? Where can we expect to see it?

We are seeking funds through this Kickstarter campaign to literally kickstart the feature. There are administrative costs (the option fee, LLC fees, etc.), that have to be covered in order to get the production moving, as well as the design and prototyping of the new puppets. Obviously, anything we make beyond the goal gets us further into production. We are currently talking with potential producing partners both here and in Europe, so are planning how to keep the ball rolling once we get things moving from the Kickstarter. Ideally, we continue with design and construction of the puppets, and research and design of the film through Spring of 2017, then into production in Summer, and post-production in the Fall. If all goes as planned, we would release the film mid-2018 to limited theatrical showings, film festivals, and VOD.

Learn more about their Kickstarter campaign by going here.