A Basic Guide to HBO’s ‘Game of Thrones’ 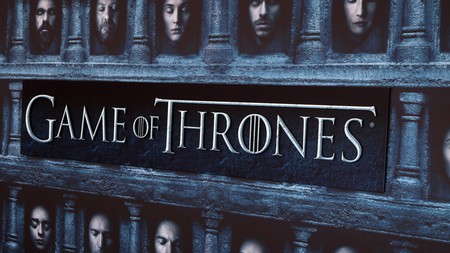 Hardcore Game of Thrones fans religiously follow every twist and turn of the series’ labyrinthine plots. But for the casual viewer the myriad subplots can be daunting. Here are the essential facts for newbies to the realm of Westeros.

Where is Game of Thrones set?

Westeros is the imaginary realm in which Game of Thrones is set. Although it does shift focus to characters in other countries and international relations, Westeros and the throne of the Westerosi people, called the Iron Throne, are pivotal to the plot. This is a wide land chiefly divided into northerners, southerners and the eastern area of Dorne, a geography handily visualised in the show’s opening credits.

Who are the heroes of Game of Thrones?

The Starks are the family that most closely fit the label of heroes in the series, as we follow the six Stark children (Robb, Bran, Arya, Sansa, baby Rickon and the bastard Jon Snow) and their journeys around Westeros. Their parents, Ned and Catelyn Stark, are the lord and lady of the North, the heart of which is their home of Winterfell. Their house motto is “Winter Is Coming,” and their symbol is the direwolf. Each of the Stark children has a direwolf as a companion.

The Baratheons are the ruling family, with Robert Baratheon occupying the Iron Throne. Baratheon overthrew the previous monarch in a revolution aided by Ned Stark. Robert’s legal son, though not blood related, Joffrey Baratheon, eventually succeeded Robert and proved a sadistic tyrant until he was murdered on his wedding day. Joffrey was followed by his younger brother, the child Tommen, whose subjects call him ‘the boy king’. Their house words are “Ours Is the Fury,” and their symbol is the stag.

The Lannisters are related to the Baratheons by marriage, as Cersei Lannister married Robert Baratheon. However, she did not bear his children, who were instead incestuously fathered by her twin, Jaime. Their dwarf brother, Tyrion, murdered their powerful father, Lord Tywin of Lannisport. Their house words are “A Lannister Always Repays His Debts,” and their symbol is the lion.

Daenerys Targaryen is the rightful heir to the Iron Throne, as it was her father, the “Mad King” Aerys, who was overthrown by Robert Baratheon in the rebellion. She was kept safe across the Narrow Sea for the majority of her life until she came of age and made it her life’s mission to regain the crown. She is also the mother of dragons, having hatched three dragon eggs gifted to her, named Rhaegar, Viserion and Drogon after her late brothers and husband. Her house saying is “Fire and Blood,” and its symbol is the three-headed dragon.

You might also like: 13 Game of Thrones Characters We Miss the Most: Their Deaths and When They Happened

The Lord of Light and The Red Woman

The Red Woman, Melisandre, is a priestess of the red god of the east (“the Lord of Light”) which did not exist in Westeros until she and her missionaries brought the religion over. The south generally worships the “new gods” of the seven, and the northmen worship the “old gods” of the weirdwood trees. The clash in religions and Melisandre’s teachings greatly influence Stannis Baratheon who is also vying for the throne.

The Wall and The White Walkers

At the northern border of Westeros lies a great, supposedly magical wall that keeps the wildlings of the north at bay and the country safe from raiders. The “King Beyond the Wall”, Mance Rayder, united the wildlings to attack the Wall and gain safety beyond it, but failed. In the wild country, there are creatures that rise from the dead called the White Walkers that the wildlings and rangers alike are trying to escape.

The Knight’s Watch are the band of misfits and outcasts who defend the Wall from harm and attacks from wildlings. They are often men who committed crimes and had to choose between life on the Wall and death. As a bastard, Jon Snow chose to go to the Wall and quickly rose through the ranks to be the head commander. However, this ended badly for him in the last episode of Season 5.

The Red Wedding was perhaps the most shocking episode of any TV show ever, as it killed off two of the main characters in one fell stroke. That is, Robb Stark, his mother Catelyn Stark and even his pregnant wife as they were cruelly murdered by the Freys, in league with the Lannisters, at what was supposed to be a peaceful wedding celebration between allies. Robb’s death, as the fledgling “King of the North”, left the northern army devastated.

Who will claim the Iron Throne?

A war began between the North and the South, chiefly between the Starks and the Lannisters, after Robert Baratheon’s death, essentially over the laws of succession because Robert’s heirs were discovered by Ned Stark to be illegitimately fathered by Jaime Lannister. After the Lannisters had Ned Stark executed when he threatened to reveal this information, the entire country went to war over it, and thus began the game of thrones. Listen to the cast themselves talk about filming series 8.