From Idaho To Oregon, The 10 Best Chefs In The Northwest

The Northwest has access to both high-quality farms and the cool waters of the Pacific ocean. This unique positioning yields remarkable talent. We take a look at 10 of the best chefs operating in North West America, providing everything from authentic Italian fare to restaurants nestled in mountain lodge retreats. 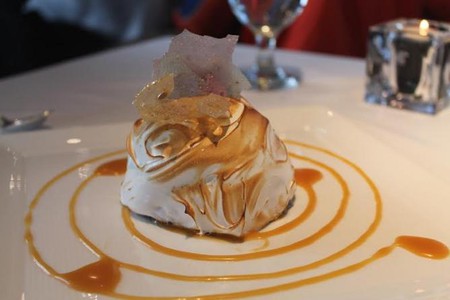 The grandeur of the Alaskan mountains on the tram ride up to the Seven Glaciers Restaurant is reason enough to feel like you are sitting in the lap of luxury. This, followed by the food that chef Aaron Apling-Gilman serves, will leave even the most discerning diner suitably impressed. Seven Glaciers is perched atop the Aleyeska ski resort and offers stunning views of towering peaks either blanketed in white snow or carpeted with verdant green. Apling-Gilman received his formal training at the Western Culinary Institute in Portland and went on to work in Phoenix, Santa Fe and Fairbanks before landing in Girdwood. He makes excellent use of the available fresh seafood and utilises the local ingredients, offering succulent dishes such as halibut ceviche, Alaskan oysters, and fresh king crab legs. A particular speciality is the Baked Aleyeska, Apling-Gilman’s bespoke version of the classic, flambéed dessert.
Open In Google Maps
1000 Arlberg Avenue, Girdwood, Anchorage, Alaska, 99587, USA
+19077542237
Give us feedback

Canadian-born chef Aaron Barnett was exposed to good food and culinary experimentation from a young age. Following on from the early encouragement of his family, Barnett attended the California School of Culinary Art’s Cordon Bleu program. His talent in the kitchen took him to Vancouver, San Francisco and La Quinta and his charisma helped win him the opportunity to assist chef Rob Feenie on Food Network Canada. Barnett opened St. Jack PDX in 2010, where he updates the classic French café style, infusing it with the flavours of the Pacific Northwest. Dishes such as roasted bone marrow or fisherman’s stew are key to Barnett’s vision, remaining hearty and comforting enough to be at once intriguing and familiar. 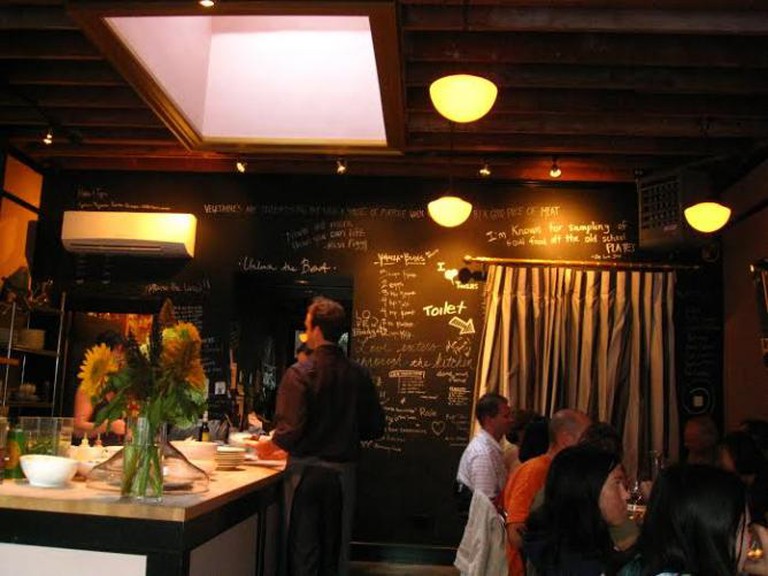 A busy night at Beast PDX | © eyeliam/WikiCommons
At Nostrana, Cathy Whims has created an authentic place to enjoy delicious Italian food. You won’t find Americanized versions of heavy pastas and sticky sauces at Nostrana. Instead, you will enjoy fresh, flavourful food that reflects the traditions and culture of different Italian regions. Though not from Italy herself, Whims has travelled extensively throughout the country, learning to cook from some of the best names in the business; Marcella Hazan, Victor Forneris, and Madeleine Kamman. Popular flavours include the gnocchi and the crisp salads, all to be enjoyed in the warm, comfortable atmosphere.
Open In Google Maps
101, 1401 Southeast Morrison Street, Buckman Neighborhood, Portland, Oregon, 97214, USA
+15032342427
Visit Website
Give us feedback 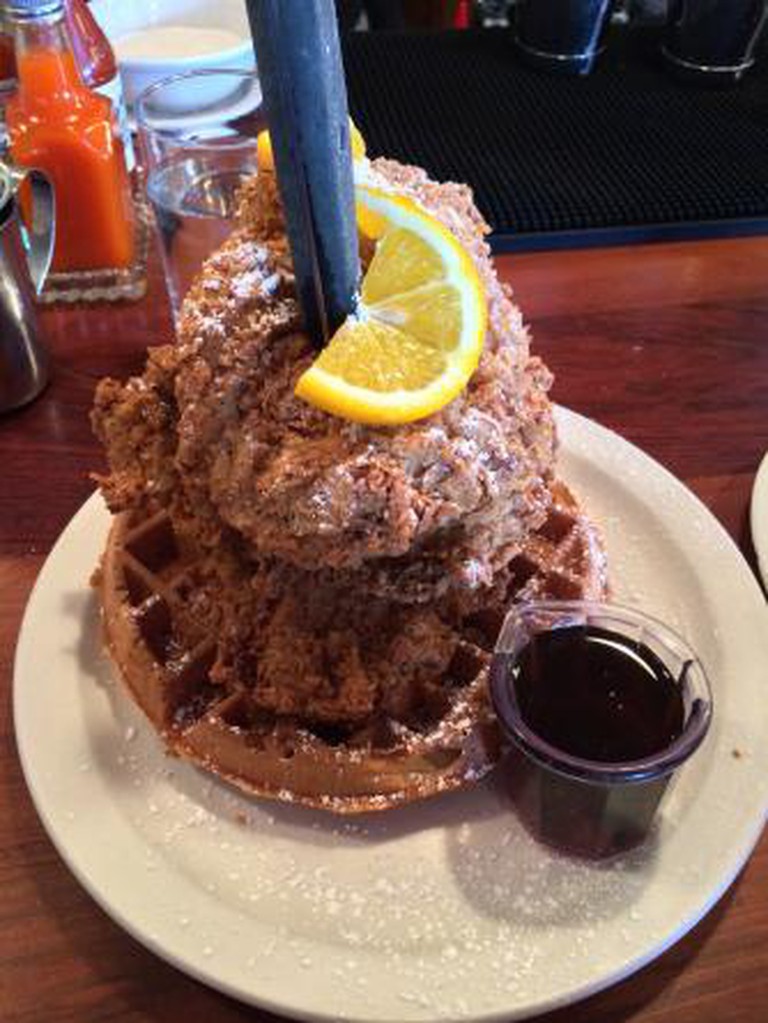 Screen Door Restaurant | © Adam Barhan/Flickr
Naomi Pomeroy is the inventor of the decadent Foie Gras bon bon. Describing her own cooking style as ‘refined French grandmother’, Pomeroy fuses traditional, hearty classics with unrivalled finesse and attention to flavor. Pomeroy’s culinary roots stem from learning to cook under the supervision of her mother, from where her penchant for classic dishes arose. She broke into the professional cooking scene first in catering, then in creating a supper club. After owning a successful coffee shop and a tavern, she returned back to the familiarity of the supper club with Beast PDX. At Beast, Pomeroy focuses heavily on locally sourced ingredients, maximising fresh flavour. Five days a week, Pomeroy serves a six-course prix-fixe menu that is heavily influenced by seasonal produce from local sources.
Open In Google Maps
5425 Northeast 30th Avenue, Concordia, Portland, Oregon, 97211, USA
+15038416968
Visit Website
Give us feedback

Chef Chris Ainsworth has an impressive pedigree. Renowned for incredible flavour combinations, his knack for innovative experimentation and for being a James Beard Foundation Award semi-finalist six times, Chris Ainsworth is firmly established on the culinary scene. His creations at Saffron Mediterranean Kitchen are testament to this. Saffron provides a small, intimate setting that is both cosy and inviting. The menu is bursting with unique flavours, inspired by international cuisines such as the aromatic spices of Morocco, the fresh abundance of Sardinia, the fusion cuisine of Turkey and the simple, classic flavours from Greece.

Restaurant, Italian, $$$
Facebook
Email
Twitter
Pinterest
Copy link
Share
Map View
Self-taught chef Ethan Stowell opened his first restaurant in 2003 and grew to become a veritable powerhouse amongst Seattle restaurateurs. His enterprise, Ethan Stowell Restaurants, now includes over a dozen different branches, ranging from bars to other fine food restaurants and cafés. Staple & Fancy is considered the crowning jewel in his arsenal and a must-visit for anyone in Seattle. Open only in the evenings for dinner, this restaurant strives to create a dining experience; not just a meal.
Open In Google Maps
4739 Ballard Avenue Northwest, Adams, Seattle, Washington, 98107, USA
+12067891200
Visit Website
Give us feedback

From the street, Canlis resembles a contemporary luxury home more than it does a restaurant. This 60-year-old, elegant restaurant is no ordinary establishment: the team at Canlis pride themselves on providing a high-quality special occasion destination, requiring adherence to a dress-code. The effort to create a truly sophisticated dining experience is evocative of the luxury of bygone days. Chef Jason Franey serves grown-up comfort food that has been given considerable twist: try cauliflower soup with granny smith apples, or rosemary-grilled lamb loin with Thumbelina carrots. After the delicious repast, why not complete you meal with the local favourite, the Canlis Soufflé.

At the Lone Mountain Ranch, chef Nick Steen caters for big appetites to great effect. Don’t be fooled, this isn’t just a meat-and-potatoes restaurant: Steen recently served 30 local guests a 5-course meal complete with impeccable wine pairings (click here to read more about the feast). When you live in a state in which cattle outnumber people 3:1 however, you can count on good quality meat. His laid-back personality shines through his craft, with unassuming food that marries quality with carefully considered flavours. For his famous pork chops with apples, Steen uses pork tenderloin glazed with apple, maple and bourbon, to be served alongside local purple fingerling potatoes. With an expansive and beautiful view and a spectacular feast, there’s no wonder that people flock here.

Restaurant, Seafood, $$$
Facebook
Email
Twitter
Pinterest
Copy link
Share
Map View
Having recently released a new cookbook and with a James Beard nomination under her belt, chef Renee Erickson is at the top of her game. Her restaurant, The Whale Wins, has been critically acclaimed across the country as a hotspot for foodies in Portland. Critics and fans alike rave about favourite dishes such as wood-roasted chicken, zucchini bread and sardine toast. The somewhat whimsical title is promise of the restaurant’s playful elements, but when it comes to the cuisine, Erickson is perfectly serious.
Open In Google Maps
3506 Stone Way North, Wallingford, Seattle, Washington, 98103, USA
+12066329425
Visit Website
Give us feedback

Chef Steven Topple was born and raised in England, where he attended culinary school at Highbury College. After culinary school, he worked in Scotland and London before making his way to American. Once in America, he worked at restaurants in upstate New York, South Carolina, San Francisco and Colorado before finding himself in McCall, Idaho. He is now head chef presiding over two sister properties; the Shore Lodge resort and the planned residential community, Whitetail Club. Topple combines his wealth of experience with international influences to provide his patrons with food that is rustic, yet elegant.