Four Artists' Homes and Studios You Can Visit in San Francisco 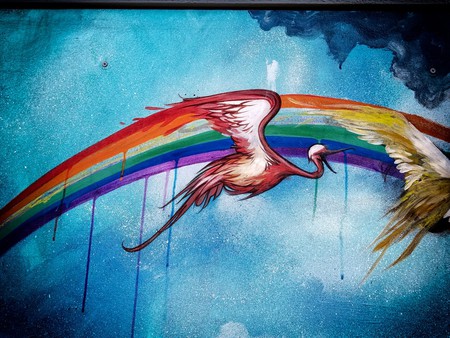 It’s one thing to be able to marvel and admire an artist’s work, but it’s a completely different and intimate experience all its own when you can actually walk in the home or studio an artist once owned. San Francisco has seen an infinite amount of artists come and go, moving on and selling their muse properties or maybe even not allowing the public to enter. Some, however, have been opened for the San Francisco public to see, walk and admire; either preserved with past artworks or available for anyone to see art in the making. 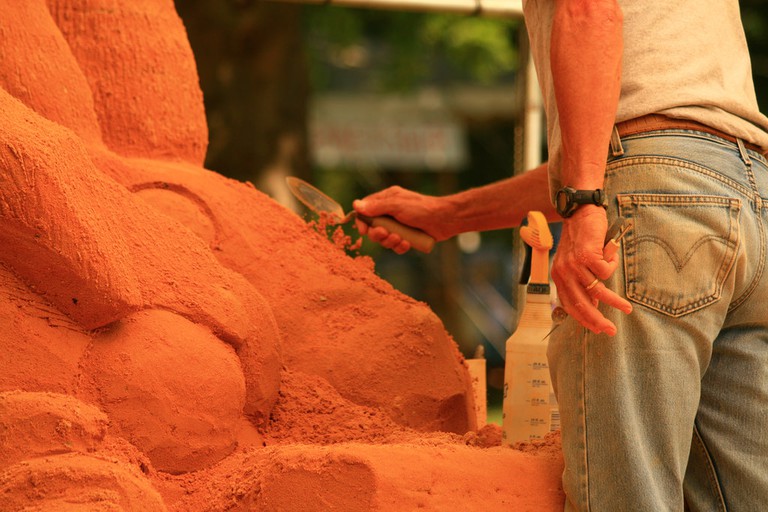 Sand Sculptor | © Ivy Dawned/Flickr
Jacques Terzian was a sculptor with the vision of creating spaces specifically for artists. In the early 1970s, Terzian, among many other artists, was forced out of a warehouse space to make way for Levi’s Plaza. Terzian knew he needed to do something, so he went yo the old Hunter’s Point Shipyard, which was being decommissioned by the U.S. Navy. Terzian got a sublease on the barracks and remodeled it into an artist colony named The Point. The Point opened in 1984, and today is considered the largest artist colony operating in the United States, housing 250 artists in residence. Terzian died August 6, 2016, at the age of 94.
Open In Google Maps
San Francisco, California, USA
Give us feedback

Art Gallery
Facebook
Email
Twitter
Pinterest
Copy link
Share
Map View
David Kenneth Ireland lived at 500 Capp Street in San Francisco for 30 years. Born in 1930, died in 2009, Ireland specialized in environmental artwork and social sculpture. Although he was known for his interdisciplinary philosophy toward his art, his best-known works remained at his San Francisco home. Ireland believed the home itself embodies his visual language and exists as both a gallery and artwork in its own right. Today, perfectly curated exhibitions highlight changing selections of work from Ireland’s 3,000-piece collection.
Open In Google Maps
San Francisco, California, USA
Give us feedback

Art Gallery
Facebook
Email
Twitter
Pinterest
Copy link
Share
Map View
Les Seymour and Brenda Cole Seymour founded Mural Arts studio over 25 years ago. Whether restoration of historic murals, architectural decorative painting, Art Deco painting or metal and gold leaf gilding, all projects are meticulously created beginning to end by Les and Brenda Cole Seymour, for both commercial and residential properties. Visiting the studio is by appointment only but well worth it. The murals and paintings are always changing, depending on the current commissions. While part of the studio may have an intricate 18th-century style mural piece in progress, another wall might have 500 square foot airbrush and street art ceiling mural for a hip café.
Open In Google Maps
161 Missouri Street, Potrero Hill, San Francisco, California, 94107, USA
+14158611118
Visit Website
Give us feedback

Art Gallery
Facebook
Email
Twitter
Pinterest
Copy link
Share
Map View
Lynne Rutter is a fine art muralist and decorative painter with 30 years of experience. After extensive world travel, Rutter found herself in San Francisco. Rutter’s work emphasizes site-specific design, period design and classical methods. Occasionally, classes are held at Rutter’s San Francisco studio. Some classes include cloud ceiling murals, techniques in Florentine gilding and more. Even more of Lynne’s work can be found on her blog, The Ornamentalist, along with entries on the finer points of color and décor.
Open In Google Maps
207, 2325 3rd Street, Central Waterfront, San Francisco, California, 94107, USA
+14152828820
Visit Website
Give us feedback
Give us feedback