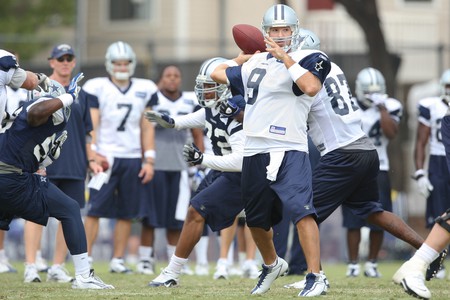 Quarterback-turned-broadcaster Tony Romo is preparing for the start of the new National Football League (NFL) season. The former Dallas Cowboys star has been lauded for his talents in the broadcast booth and is looking ahead to what should be another exciting campaign.

The four-time NFL Pro Bowl selection, who is also the new face of the Corona Hotline, discusses all things football, from his debut season in broadcasting to the league’s new anthem policy and the dawning of the new quarterback era.

Culture Trip: How would you assess your rookie season as a broadcaster, and what are you looking to improve upon for this upcoming year?
Tony Romo: You never know when you’re getting involved in a new profession how it’s going to go. We’re excited how it went down.

As far as the stuff I’m working on, I want to keep that a secret. There’s always stuff you want to be doing to get better. I’m excited about some of the little things I’m doing. I did the same thing in football – you pick a few things that you think can help you get better and try to attack them.

CT: Your former Dallas Cowboys teammate Jason Witten has recently moved to the broadcast booth, too. What advice do you have for him at ESPN?
TR: I’m excited for him. I think he’s going to do great. I’ve talked to him about it. He’s got to be himself and he’s doing that. He’ll figure it out. He knows how to do it and he’s done a really good job so far.

CT: CBS has the broadcast rights for Super Bowl LIII. How excited are you to call your first Super Bowl?
TR: I know the passion and feeling these people will have in that game. The players and the coaches have worked their whole lives to be part of that game, so when you see them there, you know lives change based on that.

It’s my one regret I wasn’t able to bring a championship to Dallas. It’s going be to very neat to try to tell the world about how special a moment is like that for these people.

CT: Your early pick for Super Bowl LIII was the Green Bay Packers and Jacksonville Jaguars. Do you still believe that?
TR: I’m still on the Packers and Jags. The Jags lost one of their top receivers (Marqise Lee), so that hurts my prediction a little bit there, but I’m still going to stick with it.

The Packers have a new system defensively, so it will take teams a little while to figure out what they’re doing. Offensively, Jimmy Graham is going to be a nightmare match-up in the red zone; it will allow Green Bay to run the ball a lot better, and then obviously when he’s one-on-one he’ll catch a lot of touchdowns.

CT: Jaguars owner Shahid Khan has expressed interest in buying Wembley Stadium and potentially relocating the team to London. What are your thoughts on that, and how will it benefit the NFL?
TR: That’s years down the road. For them to relocate logistically, it’s going to take a long time, but any time you’re growing the game it’s a positive.

CT: You played in London with the Cowboys in 2014. What was that experience like?
TR: Unbelievable. My wife came over with a few family members. It was one of our favorite times we ever had when I was playing football. I can’t wait to go back.

[The fans] were more knowledgeable than I thought they’d be at the time. They were starting to really get the game and every year they get more and more comfortable with it.

I love the history and tradition there. I rode the Tube. People had no idea who I was. It was great. It was really fun.

CT: What are your thoughts on the new NFL anthem policy requiring players to stand?
TR: I think it’s pretty much to the point now where, it’s like anything that happens, there’s a lot of talk about it and everything. Now people are kind of getting to an understanding of what the NFL wants and what the players want and they’re trying to find that perfect balance. I think they’re getting pretty close. 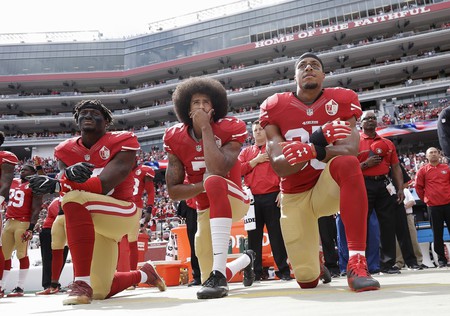 CT: It seems there’s a new era for quarterbacks in the NFL with guys like Baker Mayfield, Deshaun Watson, Sam Darnold, Josh Allen and Josh Rosen. How excited are you?
TR: I’m excited about this. I think now we’re witnessing a subtle shift. I think you’re going to see these young quarterbacks take over, and we’ve needed this influx in the league. My hope is that some of these guys are really, really good.

Sam Darnold is going to be really, really good. I think he has the innate, instinctual, god-given ability that you really can’t coach. It’s just there. When I watch tape, the stuff he has to work on, you can coach. The things you can’t coach, he has. He has a chance not just to be pretty good, but possibly a top-two or -three quarterback in the National Football League.

CT: Finally, how are your Cowboys going to do this year?
TR: They’re going to do pretty well. The defense looked outstanding in the pre-season. The O-line is always going to be great. It’s a just a matter of as the season progresses and teams start to force them to throw the ball outside the numbers, how they’ll try to take advantage of that. That will be the key to their season.