For More Vibrant Travel Memories, Don't Take So Many Photos 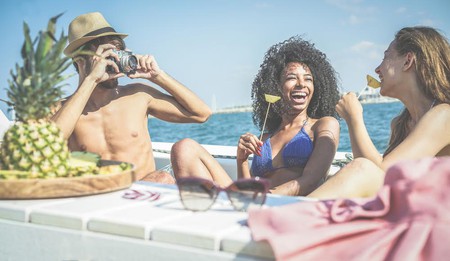 We joke with our friends about it, but the pressure to post our travel experiences on social media is very real. New research shows the 30 seconds you spend to periodically stop and take a photo or video could impair your ability to take in the entirety of the moment, so maybe a complete memory is worth more than 1,000 photos?

A recent study published in the journal Psychological Science found that photos help us remember the visual details of an experience, but not necessarily the other sensory particulars that would normally be retained. “Our research is novel because it shows that photo-taking itself improves memory for visual aspects of an experience but can hurt memory for non-visual aspects, like auditory details,” the authors said.

The researchers also found that the mere presence of a camera can alter the way we experience an event. Study participants who photographed a scene were able to more accurately recall the items they photographed, as well as other aspects of the scene around them. Compared to participants without a camera, those visual memories were much clearer.

On the whole, the researchers found that taking photos was great for visual memory, but those other things that allow a person to be in the moment—touch, smell, taste—were somewhat negatively affected. So, taking pictures is great when you’re in a new and exciting place, but make sure to take a little time and take it all in. It’s worth it.