Fight Club vs. The Great Gatsby: Was Palahniuk's Novel a Modern Update? 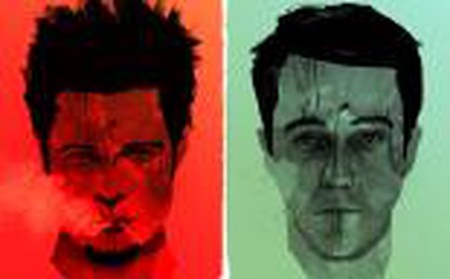 Released in 1996, Chuck Palahniuk’s debut novel Fight Club is now without doubt a classic. The Culture Trip revisits this controversial text, analyzing its enduring lure and approaching the book from an angle that Palahniuk announced himself: Fight Club as an updated version of F. Scott Fitzgerald’s The Great Gatsby. 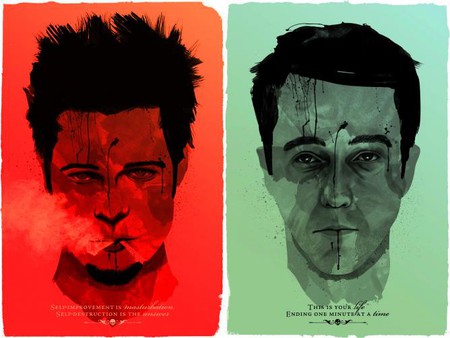 The first rule of Fight Club is ‘you do not talk about Fight Club’… yet nearly two decades after its release, at a time of cultural bi-polar and high turnover of ‘startling new voices’, people are still talking about it. Few debut novels of the time have had as much impact as Chuck Palahniuk’s Fight Club. Hailed by the likes of Brett Easton Ellis and Ali Smith, Palahniuk’s award-winning novel polarized opinion on its initial release. David Fincher’s film adaptation three years later also invited heated debate and fierce media criticism. So what is it that so many people find appealing about this controversial novel? Is it the text’s political or philosophical explorations? Or perhaps could the lure be seen as primordial? A subversive modern day tale of men with Freudian issues perhaps? Or is it simpler than that? Palahniuk says the novel is an old classic updated. Maybe the book’s appeal then is like that of the classic novel, which is itself currently experiencing a revival; perhaps Fight Club captures the zeitgeist. 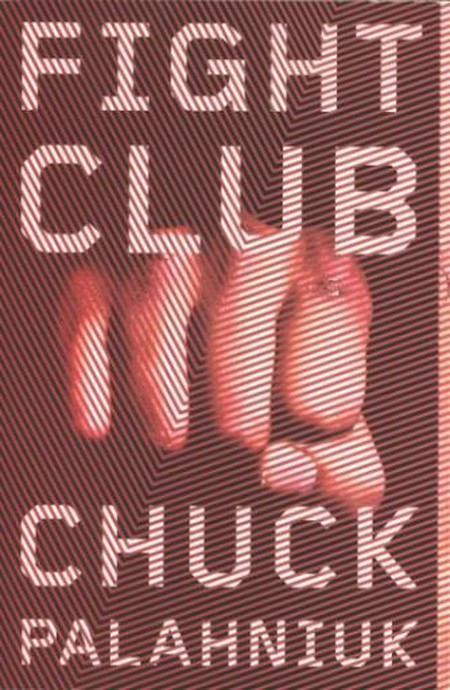 Released in 1996, Fight Club started out as a short story in the compilation Pursuit of Happiness. However, Palahniuk’s third novel, Invisible Monsters, was, in fact, the first piece he attempted to get published. This novel follows an unnamed and disfigured woman who assumes different identities and begins with a shooting at a wedding. From there it takes the reader on a non-linear journey through the events leading up to the shooting. Rejected by publishers as too disturbing, Palahniuk decided to turn his attention to Fight Club. Using his rejection as an inspiration, Palahniuk set out to create something even more unsettling. So what started out as an experiment with structure to kill the monotony of work eventually became chapter six of Palahniuk’s career-defining novel.

Sold to publishers for six thousand dollars three days after completion, the initial idea for Fight Club came from an altercation on a Summer vacation. Returning to work with a black eye, Palahniuk was struck by his colleagues’ failure to inquire about it. He saw the incident as a sign that you could do whatever you wanted with your private life if the aftermath made people too uncomfortable to say anything. It was also around this time that Palahniuk saw a television documentary about street gangs. Those involved were portrayed as fatherless young men trying to help each other to become men. He became fascinated by how they not only imposed rules and discipline within the gang, but also how they issued each other with challenges, and rewarded action. From then on Palahniuk used everything from bar stories that friends told and Ikea catalogues, to consumer dissatisfaction, to create what he saw as an updated version of The Great Gatsby. 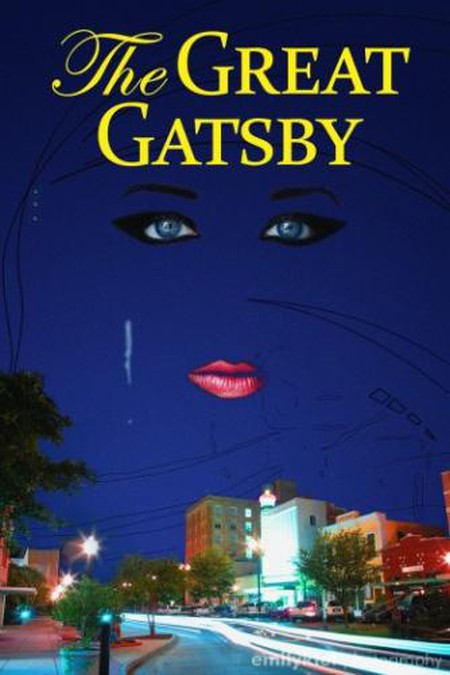 When one considers this idea the similarities between the two novels are not hard to find. If Tyler is Gatsby, then Marla is Daisy. Palahniuk’s unnamed narrator can be seen as a sort of Nick Carraway, and the Fight Clubs and Project Mayhem that Tyler creates could be viewed as the novel’s Tom Buchanan, the barrier between everything the main characters want. If The Great Gatsby was about a vacuum in the soul of society after WW1 or the downside of the American dream and the struggle of the classes, then Fight Club is about the rejection of that dream. In the world, Palahniuk creates everyone has become cocooned in the pursuit of perfection. Perfect catalogue houses, impossibly sculptured bodies, designer clothes, rock god status and fast cars are the dreams on sale, and everyone is told to believe in these.

Many have argued that Fight Club is an existential exploration of how modern men have come to view their masculinity and society’s expectation of it. Their dissatisfaction with their social status, their role in history and their realisation that their lives are not the one’s they were promised are all reasons for men to seek out Fight Club. Tyler Durden is the benchmark for this generation of men, particularly for the narrator. He is the perfect man. He looks how the narrator wants to look, has sex how he wants to have sex, he is strong in every way the narrator is not. Fight Club, however, goes further than this one gender exploration. In reality, it is about something we all need, human contact. Whether from dysfunctional love triangles, support groups, fight clubs or the twisted togetherness of anarchy, people desire human contact and a sense of belonging. This desire is apparent between the narrator, Tyler and Marla. It is a sub-plot in some respects, but it’s arguably the cornerstone of the book, something that all the other ideas are built upon. 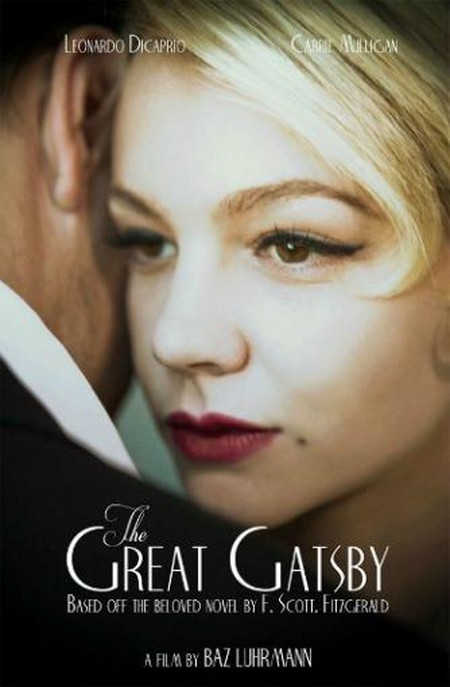 Three years after publication, David Fincher’s film version premiered at the 56th Venice International Film Festival. With Brad Pitt playing the idealistic Tyler Durden, and Ed Norton and Helena Bonham Carter taking the roles of the narrator and Marla, Fincher’s film is not a ‘scene for scene’ retelling. Despite many notable differences, particularly the ending and the omission of certain plot strands, Fincher still manages to capture the essence of the book. However, the film was deemed a commercial failure upon release. Not only did it fail to make anywhere near its $63 million budget, but also like the novel it was accused of nihilism and glorifying violence. Many reviewers tried to draw parallels between Fincher’s film and Stanley Kubrick’s adaptation of A Clockwork Orange due to its non-judgemental depiction of brutality. Since this hurdled released however the film has become a cult classic, regularly appearing high on the lists of greatest films of all time, and the DVD sales alone have more than recuperated 20th Century Fox’s initial outlay.

Nearly 20 years since the publication of Fight Club, Palahniuk continues to polarise opinion. Sales of his novels are solid, and he has a large fan base, yet his critics continue to dismiss his work. Many argue his appeal is down to the success of Fincher’s film. They believe his subsequent novels have covered the same ground in less challenging and imaginative ways. Whether this is true is open to debate. In regards to Fight Club, it cannot be denied that Fincher’s film has enhanced the books reputation. However, this has happened throughout the history of cinema and seems to miss a vital point. The appeal of Fight Club is due to its themes. The existential longing, the desire for love, and purpose, as well as the effects of mass consumerism, seem more relevant than ever, particularly in today’s climate of economic struggle and political unrest. It would not be hard to imagine that like The Great Gatsby, Fight Club will continue to appeal to readers for many more decades to come. Perhaps like Fitzgerald’s novel, filmmakers will continue to look at adapting it, re-exploring the themes and questions that the book initially posed, and forever breaking the ‘first rule’ of this iconic text.