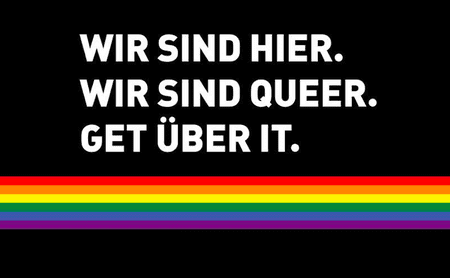 We spoke with organizers and participants of the Festival Neue Literatur to discuss how they’re using a literary festival to highlight the LGBTQ experience.

Every year, when winter begins to thaw into spring and the melted snow that puddles around the street curbs finally begins to vanish, writers from the three primary German-language speaking countries—Germany, Austria, and Switzerland—come to New York City to participate in literary exchange with many of the city’s native writers. A themed-festival now in its eighth year, the Festival Neue Literatur’s comes together under the banner of “Queer as Volk” with featured fiction this year celebrating “the diversity of LGBTQ experiences.” As the organizers state on their site:

“From the coming-of-age story of a young bisexual man living in the Black Forest, to a novel exploring the lives of lesbian and gay people in Austria during the Nazi period, to the tale of a Swiss couple reeling from a positive HIV diagnosis, the featured works form a cross-section of the LGBTQ spectrum. Simultaneously joyous, heart-wrenching, sexual and radical, these books showcase queer experiences with deep emotion and great literary flair.” 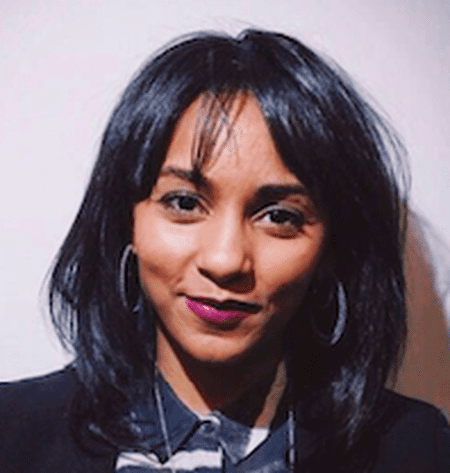 What is the thinking behind this year’s festival theme “Queer as Volk”?

Brittany Hazelwood, Festival Director: This year’s theme most certainly is a pop-culture reference to the cult television classic “Queer as Folk,” and this is an important gesture. In communities facing generational marginalization, positive media representations, such as those portrayed by the show’s characters— Justin, Brian, Michael and Emmett Honeycutt at Club Babylon—counter confusion and isolation. Our reference to “Queer as Folk” is in some ways an effort to address isolation and representation, as the television series did and continues to do. Our take on this theme, however, takes a departure as well. The original series allegedly referenced the Northern English expression “there’s nothing as strange as people,” which figured as a synonym for homosexual. Our imposition of “volk” into the title offers an opportunity to re-engage queerness in contrast to a word steeped in a violent pursuit of normativity.

Queerness by its terms is an insanely difficult term to pin down, as it fluctuates in meaning depending on the speaker, the theorist, or the activist. What grounds queerness, however, is its effort to radically refute any form of normativity, be it heteronormativity, race normativity, or gender conformity. Of note as well, is the evolution of queer from being a homophobic epithet to a term lovingly dispelled in the LGBTQI communities. This evolution is one often mirrored in marginalized communities—where there are efforts to take terms hurdled as stones and to transform them into bricks to build our safe spaces. On the other hand, “volk” has a distinctly different connotation, especially viewed in light of National Socialism. “Volk” marks an effort to radically situate normativity. “Volk” was a term used to violently say who belonged, who was valued, who could be tied to a national project based on hate.

Today, the tension between these terms is palpable, something that I could not anticipate when I first proposed the theme this time last year. Fostering queerness, queer storytelling, and queer representation is ever important when we see our nations once again telling us who are folk are and who they are not. This year’s festival is an incredible opportunity to engage in this conversation, and one that has the boon of our German-language authors, whose perspective on this issue challenges our own isolation as well. Our curator Peter Blackstock has outdone himself in selecting this incredible cast of writers who will take on both writing the personal and what it means to be silent in troubling times. 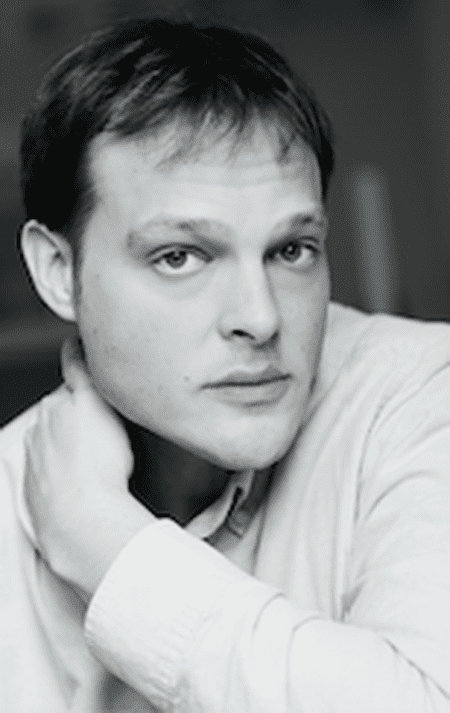 Beyond literature, how does “queerness” translate between cultures?

Garth Greenwell, Festival Chairman and author of What Belongs to You: Sexual identity is mediated by things like culture and language, and so queerness takes on different meanings in different places. But it’s also true that queerness has long functioned, maybe especially in the arts, as a point of contact across other lines of identity and allegiance. The inspiration queer artists have drawn from each other, across history as well as language and nation, is one of the things that has kept queer art so often on the vanguard, and made queer literature such an enduringly vibrant site of innovation. We’re excited for the conversations that this year’s Festival Neue Literatur will help foster. 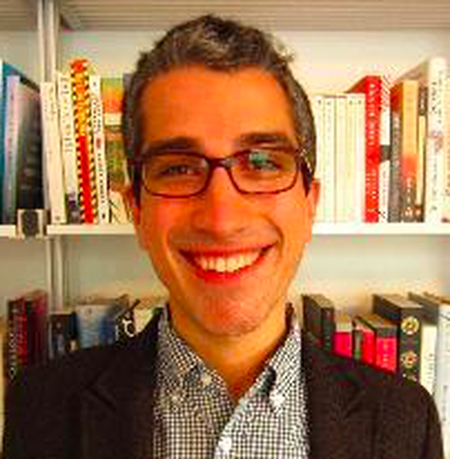 Though this iteration of FNL will celebrate queer literature and LGBTQ issues, not all of your panelists identify as queer. What are some of the nuances you had to navigate in trying to keep the theme for this year’s festival both about and above sexual identity?

Peter Blackstock, Festival Curator and Senior Editor at Grove Atlantic: The Festival Neue Literatur is at its heart a celebration of literary talent and new voices from the German-speaking world and we didn’t want to lose that focus even with a theme that is focused on a more specific part of the German literary scene than most years. We were happy that the majority of the German-language writers involved identify as LGBTQ themselves, but I also feel that it is interesting to address questions of what it means to write LGBTQ literature. I think the mix of backgrounds and experiences, both in the works and in the writers’ biographies, will make for a great discussion.

Talk to me about the German-language participants you’ve selected to bring over? What about their work excites you?

Peter: I’m thrilled with the slate of six writers from the German-speaking world that are headlining this year’s festival. The six books showcase a broad range of LGBTQ experiences: Jürgen Bauer’s The Window to the World is a wonderful story of friendship between a gay man who has just come out of a relationship who befriends an eighty-year-old neighbor; Fabian Hischmann’s In the End We’ll Chuck Gold Around follows a twenty-something who isn’t sure whether his feelings for his friends are sexual or not; Antje Rávic Strubel’s Into the Woods of the Human Heart moves from Sweden to California and beyond to tell the stories of a group of friends and acquaintances who are united by their relationships, both fleeting and lasting; Simon Froehling’s Long Days of Night shows an unfamiliar side of Switzerland, gay orgies in Zürich apartments and a vibrant club scene; Marlen Schachinger’s ¡LIVE! Is a moving and inventive exploration of life for gay people during the Nazi period and in contemporary Vienna; and Zora del Buono’s The Gotthard Tunnel explores the working-class world of a Swiss building site, including the life of a lesbian trucker. Overall, the books all deal with sex and sexuality in different ways but are united by their giving voice to the experiences of LGBTQ people, and showcasing a broad geography in their settings, from Germany, Austria, Switzerland, and far beyond. They are transporting pieces of fiction by talented writers and it’s a thrill to draw attention to them. 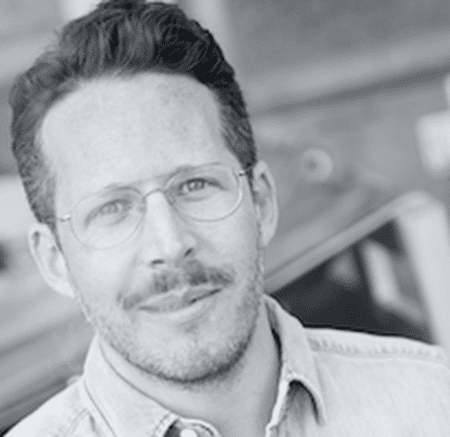 The topic of HIV / AIDS is also a particular component to this year’s theme. How does this continue to affect the countries where these writers hail?

Simon Froehling, Swiss panelist and author of Long Days of Night (see sample translation here): I think we have to be careful what we’re talking about. While I haven’t read the other contributors’ work, I think what we’re talking about is really HIV and not AIDS. It certainly is in my novel. My generation and the ones below never really experienced the AIDS crisis; most of us don’t have friends who died from AIDS; the images of AIDS were never omnipresent in our lives; we know little about survivor’s guilt. My novel plays in a time when full-blown AIDS has disappeared from our society. What remains is HIV, which, at least in the Western world, has become a ‘manageable chronic illness,’ as the doctor in my book puts it – manageable with no more than a large blue pill per day, in most cases. That is not only a good thing. It brings with itself other dangers. Carelessness, for example, especially under the influence of alcohol and other recreational drugs. And since it is no longer necessarily lethal, the disease may hold a dangerous allure, as it does to my character Patrick. I think there are three components to this allure: risk-taking, which can be a very exciting thing; fear, which may lead to someone thinking “if I have it, I cannot get it anymore;” and bonding, be this as part of a group, akin to a secret society, or within a couple. We know about this phenomenon of intentional infections since the end of the nighties, when bareback sex parties started popping up, where so-called Gift Givers and Bug Chasers met to exchange the virus. It was exactly this self-destructive desire that interested me in my novel—the desire to contract a formerly lethal illness. Since writing the book, a new facet of the whole topic has appeared: PrEP, which is used widely in the US, but has not been recognized or legalized in most parts of Europe yet. So now we can take the same pill used to treat HIV in advance in order to avoid contracting it. I’m not sure if that’s entirely a good thing either. I am worried, again, about carelessness, as we forget about all the other STDs, for which PrEP doesn’t work. I’m worried about what taking that large blue pill everyday may do in the long-term. What will the side-effects be after twenty or forty years? Will the virus become resistant? AIDS and HIV had and continue to have such an impact on the gay community, no matter how visible or invisible the virus may be or may have been, that we will always be trying to come to terms with what was, what is, and what could be—among other means through writing about it.

The Festival Neue Literatur begins Thursday, March 2 and runs through Sunday, March 5. A full schedule of its events can be found on its website. All translated works can be found in the festival’s official reader.