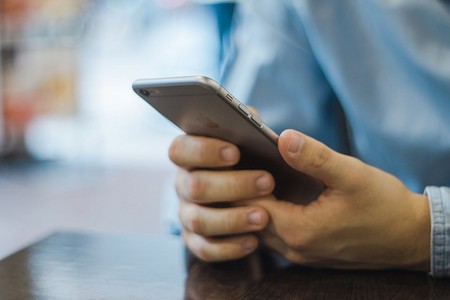 Facebook’s M, the part of Messenger powered by artificial intelligence, can now be used in two languages: English and Spanish.

If you use the Facebook Messenger app, you’ve probably encountered M, it’s the pop up that suggests you order food through the app when you tell your friend you’re hungry. The assistant attempts to link users up with external services like Uber and also payment services within the Messenger app. If your friend asks for money, it automatically pops up with payment options.

The Spanish version will be available to all U.S.-based users, and will automatically detect if a conversation on the app is in Spanish and switch language. “To experience M, simply chat with a friend or a group as you normally would,” the company wrote on Facebook. “When M detects a conversation relevant to the topics listed above, you’ll see the M logo and suggestion – it’s that simple!”

If you find the M suggestions annoying, you can always mute them in the settings. The M feature is only available to American and some Mexican users at this point, and the company has said it could take years before it’s available to everyone.

Not all artificial intelligence-powered systems are multilingual. Amazon’s Alexa, the AI used in the home, is only available in English. Apple’s Siri can be enjoyed in a whole host of languages, however. Google’s Assistant AI is available in English, French, German, Hindi, Japanese, Portuguese, and Spanish.

All of the major players in the technology industry are racing to get ahead in the world of artificial intelligence. Google CEO Sundar Pichai recently said the company has switched from a mobile first viewpoint to an “AI first world”. The company also recently announced almost all of its products would be boosted with AI technology, including Gmail, which can now suggest answers to users based on the email they’ve received.