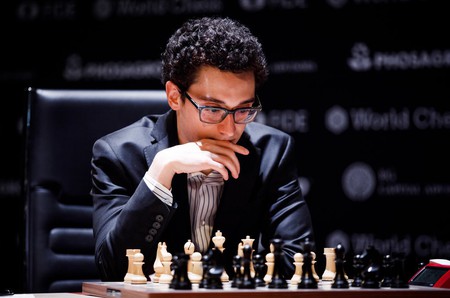 “I am absolutely thrilled,” Caruana said in a release. “Coming into today, I wasn’t sure what would happen. A few days ago, I thought the tournament was out of my hands, but somehow things came together perfectly at the end. I really couldn’t be happier.” 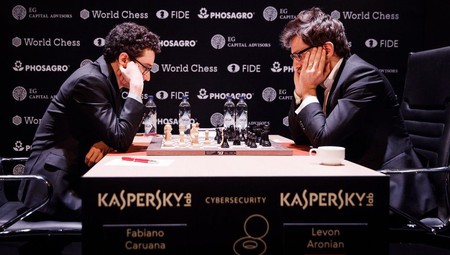 Caruana, who was born in Miami, relocated with his family to New York City when he was five years old. He learned to play chess in Park Slope, Brooklyn at an after-school program. His first official tournament was held at the Susan Polgar Chess Center in Queens. Caruana began training with renowned national master Bruce Pandolfini when he was six, and by the time he was 10, Caruana became the youngest American to defeat a Grandmaster in an official tournament.

Two years later, he obtained the international title of FIDE Master. Caruana became the youngest Grandmaster in American history when he was 14 years old, trumping a title held by Fischer.

Caruana, 25, earned the right to challenge Carlsen for the World Chess Champion title, which the Norwegian has defended twice (2014, 2016) since first obtaining it in 2013, by outlasting seven of the world’s top chess players during the World Chess Candidates Tournament in Berlin. Caruana finished with nine points—a full point ahead of Sergey Karjakin (Russia) and Shakhriyar Mamedyarov (Azerbaijan), who tied for second.

Each win in the tournament was worth one point and each draw was worth a half point.

“This tournament shows that chess is an exciting and thrilling sport,” said Ilya Merenzon, CEO of World Chess. “Caruana’s dramatic win will certainly affect popularity of chess in the U.S. and will bring us the most exciting match since Fischer vs. (Boris) Spassky.”

The 2018 World Chess Championship Match will take place in London between November 9-28.