Explore the Weird, Wonderful and Seedy Side of SoHo’s Past 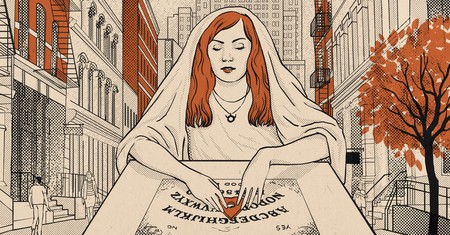 Embark on a one-hour walking tour of SoHo’s curious corners to discover the haunts of presidents and prostitutes and the scenes of grisly crimes.

Use this map as a key to explore the weird, wonderful and seedy history of SoHo, the spine-tingling details of which you’ll find below.

Start at the Canal Street station on Broadway (serving the 6, J, N, Q, R and W trains) and head north to 434 Broadway. A Champion sportswear store stands there now, but in the 1850s the space was occupied by the Howard House Hotel (or Barnum’s Hotel), where sisters Kate, Leah and Margaret (Maggie) Fox conducted seances for the benefit of the gullible. According to Alfred Pommer and Eleanor Winters’ Exploring New York’s SoHo, the trio rapped on tables and made cracking noises with their big toes to call up the spirits of the dead. Their enormous international following included Sir Arthur Conan Doyle, Horace Greeley and the poet and editor William Cullen Bryant. In 1888, Maggie shocked an audience of 2,000 at the New York Academy of Music by admitting it was all fakery. No one believed the sisters when they tried to retract Maggie’s confession, and all three died in poverty. 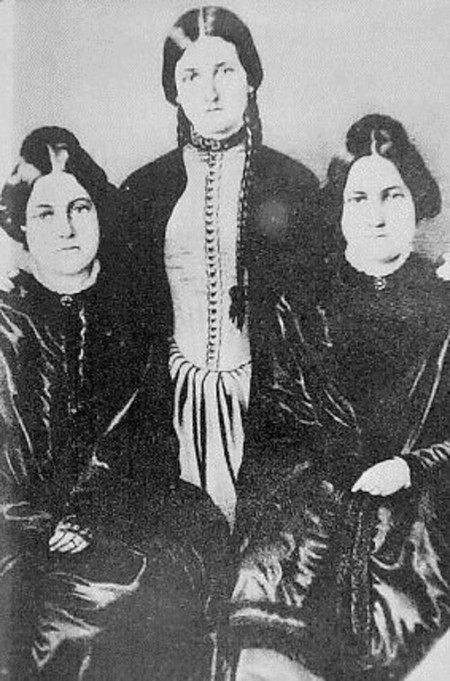 Ghost of a folkie?

Now a James Perse Store, 60 Mercer Street is supposedly haunted by a shining white form. A ghost has been spotted on the balcony, on the stairway and in an office. One candidate for the apparition is the protest singer-songwriter Phil Ochs, writes Therese Lanigan-Schmidt in Ghosts of New York City. A drinker and a manic depressive, Ochs killed himself at age 35 in 1976. He had owned the Breezin’ Restaurant on the site. But according to Lanigan-Schmidt, one psychic investigator who visited the site said the “presence” in the building predated Ochs’ death “by decades.” See if you can figure out the mystery identity for yourself.

The H. Richter’s Sons necktie factory once resided at 502 Broadway. In the late 1880s, the teenage Harry Houdini worked at Richter as a necktie cutter, Exploring New York’s SoHo reports. One can imagine the boy binding his wrists with ties and tassels in the stockroom and seeing how quickly he could slip out of them. Still, it must have been a job he yearned to escape. 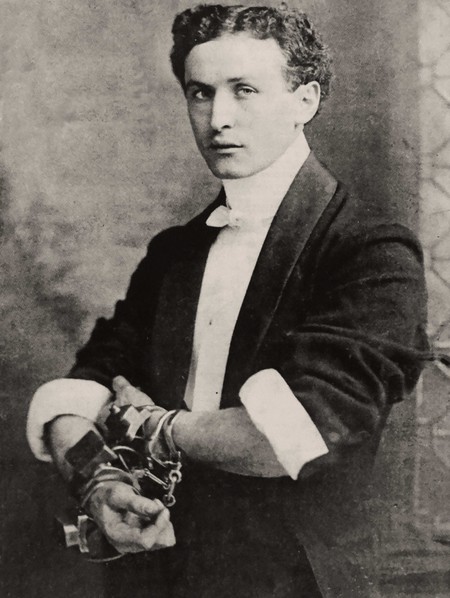 Murdered by the Mob

Petrosino Square at 115 Kenmare Street commemorates Lieutenant Giuseppe ‘Joseph’ Petrosino, who served for 25 years with the New York City Police Department. Petrosino cracked down on the Italian-American ‘Black Hand’ blackmailers and became the scourge of the Mafia. In 1909 he was sent to Sicily to gather information to assist in the arrest and deportation of American mobsters. On March 12, he was assassinated in Palermo’s public Piazza Marina, probably by mob soldier Paolo Palazzotto, who was working for prominent Sicilian Mafia leader Vito Cascioferro (AKA Don Vito). Petrosino and his wife and infant daughter had lived at 233 Lafayette Street in New York, write Greg Young and Tom Meyers in The Bowery Boys: Adventures in Old New York. 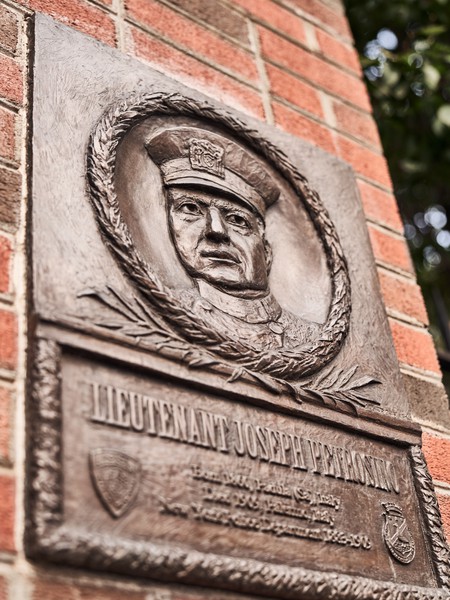 In the basement of the building at 129 Spring Street is a former Lispenard’s Meadow well. On January 2, 1800, the body of a young woman, Gulielma Sands, was found in the well. Sands had left her Greenwich Street home on December 22 believing she was to marry her carpenter beau, Levi Weeks, according to Ghosts of New York City. Weeks was charged and tried for her murder, but he had the fortune to be defended by founding father Alexander Hamilton and Aaron Burr (who would go on to slay Hamilton in a duel in 1804). They slandered Sands as immoral and suicidal, and the jury acquitted Weeks. In 1817, a building was erected over the well; a Cos store stands there today. Sands’s ghost, “clad in a robe of moss and seaweed,” according to Exploring New York’s SoHo, is rumored to haunt Spring Street. 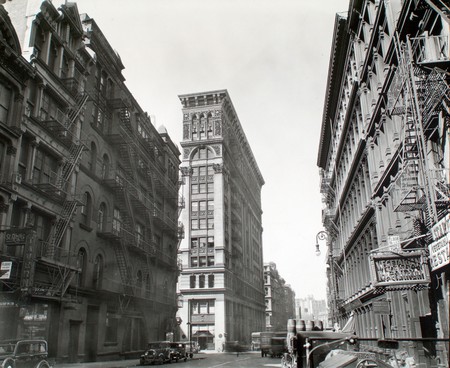 In the second half of the 19th century, SoHo boasted New York’s first red-light district. Exploring New York’s SoHo tells us that brothels at the southern ends of the streets near Canal looked after the seafaring trade. Farther north, the cluster of brothels on Mercer, Greene and Houston catered to wealthier clients. At 119 Mercer, Clara Gordon plied her trade as a madam, Carol von Pressentin Wright says in Blue Guide New York; it is now a Rag & Bone store. An 1859 directory to the city’s brothels called Directory to the Seraglios, written by ‘A Free Loveyer’, makes a special case for Miss Gordon’s charms: “We cannot too highly recommend this house, the lady herself is a perfect Venus: beautiful, entertaining, and supremely seductive. Her aides de camp are really charming and irresistible, and altogether honest and honorable. Miss G is a great belle, and her mansion is patronized by Southern merchants and planters principally.”

Paid-for love may have been readily available in 19th-century SoHo, but ‘free love’ was frowned upon. The top floor of 555 Broadway (now an office building) was once the headquarters of the New York League for Free Love, an organization that promoted “Passional Attraction” as “the sole guide and restraint of the intercourse of the sexes,” reported The New York Times on October 10, 1855. The club was broken up after a police raid on the 19th of that month. According to Poets.org, SoHo habitué Walt Whitman despised the League but approved of the opulent Taylor’s Saloon on the ground floor at 555 and brought guests there for lunch.

Death of a president

In a long-gone two-story brick house on the northwest corner of Lafayette Street (at Prince) James Monroe died of heart failure on July 4, 1831; he was 73. Monroe was the fifth American president (1817-25). 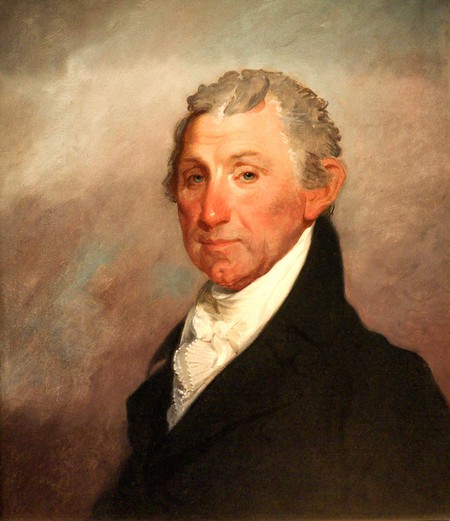 The northeast corner of Prince and Broadway is the former site of the hugely successful Niblo’s Garden theater and the Metropolitan Hotel, notes Exploring New York’s SoHo. Founded by Irish entrepreneur William Niblo, the three-story, 3,200-seat theater presented circuses, spectacles, operas and plays. PT Barnum started his show-business career there in 1835 by promoting Joice Heth, an 80-ish African-American woman who Barnum claimed was actually 161 years old and had once been George Washington’s nurse; phony ‘experts’ backed up his claim about her age. Barnum made $1,500 weekly ($40,000 in today’s currency) by charging people to see Miss Heth, and he sold tickets to her autopsy in 1836. Niblo had retired by 1866 when the theater staged Charles M Barras’s The Black Crook, a titillating five-and-a-half-hour musical melodrama about good and evil; it included 100 scantily clad French ballerinas who had been stranded in New York by the burning down of the Academy of Music where they had originally been scheduled to perform. The Black Crook ran for a then-staggering 16 months.

Across the street, at 579 Broadway, there used to be a bar and dance spot called Stanwix Hall, records Exploring New York’s SoHo. This is where William Poole, also known as ‘Bill the Butcher’, was fatally shot at age 33 by friends of his Tammany Hall-backed political rival and future congressman John Morrissey on February 25, 1855; he lingered on until March 8. Poole was a ferocious former bare-knuckle fighter (as was Morrissey), leader of the Bowery Boys gang and an enforcer of the anti-immigrant, anti-Catholic Know Nothing political movement. His legend for thuggery was such that he inspired the Daniel Day-Lewis character in Martin Scorsese’s 2002 Gangs of New York. 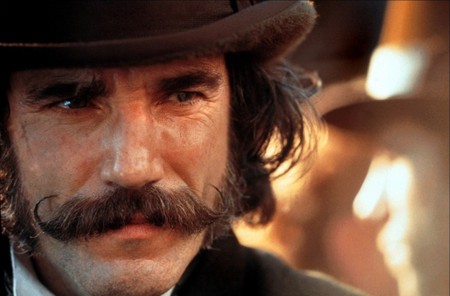 Seven years earlier and two doors up, at 583 Broadway, John Jacob Astor, the wealthiest man in America, died in his mansion at age 84. By the time the German-born Astor monopolized America’s fur trade in the 1790s, he had started buying up land in New York City. As a real-estate mogul in the 1830s, he owned a prodigious amount of property, including holdings in Greenwich Village and SoHo. His most famous bequest was $400,000 for what became the New York Public Library in 1895. 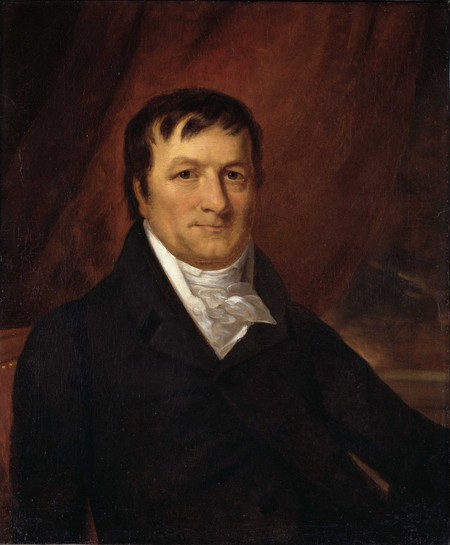 A beer at the Ear?

Now it’s time for a drink – you’ve earned it. If you’ve got the stamina, walk west along Spring Street to the Ear Inn at number 326. Built in 1817 as the home of James Brown, an ex-slave and aide to George Washington, it is said to be haunted by the ghost of Mickey the Sailor, a seafaring 1920s patron of the bar who, in incorporeal form, goes in for waitress-goosing and drink-stealing.