Everything You Need to Know About Muslim Model Halima Aden 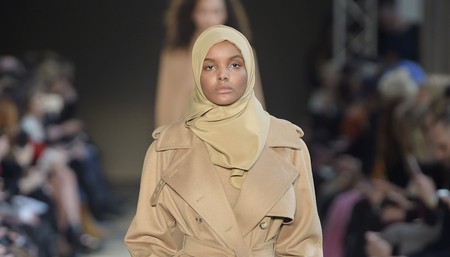 Nineteen year old Hijab-wearing model Halima Aden is perhaps the most talked about model of fashion month so far. After making headlines for her catwalk debut in Kayne West’s New York show, Ms Aden’s presence at Milan Fashion Week has solidified her status as one of this season’s most influential models. Born in a Kenyan refugee camp, this Somali-American model first entered the public eye in 2016 where she made waves at aMiss USA pageant, walking the catwalk in a hijab and a burkini. Fast forward one year, and Aden is now walking alongside the likes of Gigi Hadid for major brands such as Max Mara and Alberta Ferretti. Culture Trip brings you everything you need to know about Halima Aden.

Halima was the first Muslim who contested for the Miss Minnesota USA pageant and was the only contestant who was permitted to walk the ramp in a hijab and burkini. In an interview with the Today Show, the executive co-director of The Miss Universe Organization, Denise Wallace, explained that a confident woman had the power to make real change. “The decision to allow Halima to wear a swimsuit that would be deemed acceptable by her culture and that she would be comfortable wearing on stage is in line with the values of the Miss Universe Organization in empowering women to be confidently beautiful. The Miss Universe Organization knows that a confident woman has the power to make real change,” she said.

After making international news for competing in the Minnesota Miss USA beauty pageant, Halima then stepped into the limelight, becoming the first hijab-wearing model signed to IMG Models, who have the likes of Gigi and Bella Hadid, Kate Moss, Rosie Huntington-Whiteley, Joan Smalls and Lauren Hutton on their books. “I signed with the top modelling agency in the WORLD and still wore my hijab as my crown. Don’t ever change yourself … Change the game,” Aden wrote on Instagram. 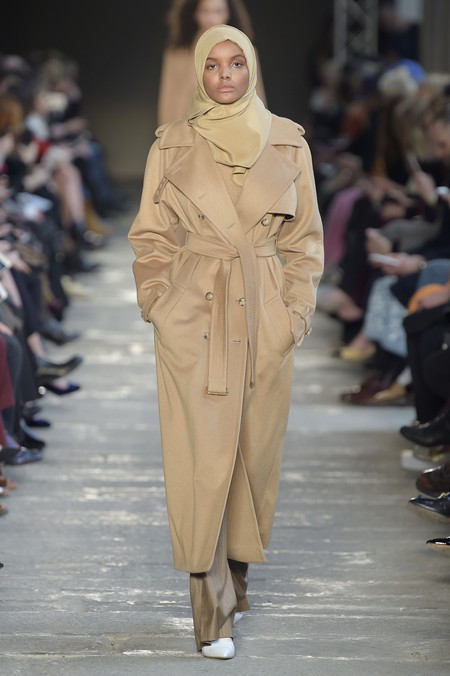 Halima Aden on the catwalk | © WWD/REX/Shutterstoc

Aden has repeatedly told the media that she entered the pageant not because she had modelling on her mind, but because she wanted to spread a positive message about Muslim women. In an interview with Glamour magazine, Aden said: “For a really long time I felt misrepresented, even growing up, I had no one to look up to, there weren’t any hijab-wearing models that I knew, or people in the media that you could relate to.” Aden says the fact that a Muslim woman could garner such media attention is highly positive to the community.

Critics called her choice to compete in a beauty pageant haram

The Miss Universe Organization took an important step by integrating a Muslim, hijab-wearing woman into their pageant, but some within the Muslim community were not supportive of this decision. According to news reports, critics called Aden’s choice to compete haram, meaning they think it’s prohibited by Islamic law. Islam considers it a sin when someone modifies their appearance during the beautifying process. One person who initially wasn’t too happy was her mother, who only began to accept her daughter’s choice after understanding Aden’s reasoning behind it.

She has already fronted a major magazine cover

Last week Halima landed her first fashion magazine cover, appearing on an issue of former French Vogue editor Carine Roitfeld’s CR Fashion Book. Sharing her happiness on Instagram, the model posted her magazine cover photo with a caption: “Never thought I would see the day that a woman dressed like me would grace the cover of a fashion magazine. Thank you SO much @carineroitfeld and my new @crfashionbook family for giving me the opportunity to feel represented in the most beautiful way.”

Getting great tips from a supermodel sure does help 😍❤️ meeting @candicehuffine , @parisjackson , and @gigihadid on the set of @crfashionbook prepared me so much!💞 I can't thank them enough for the warm hugs, kind words, and most of all AMAZING tips ❤️❤️😘

With over 95,000 followers already, Aden is well on her way to becoming a social media heavyweight—as all influential models are. Her Instagram isn’t just limited to beautiful pictures, rather she uses it as a platform from which to post quotes, encouraging people to break down barriers. In one picture, she said: “Beauty isn’t a one size fits all. We need to celebrate everyone and welcome those who are different than us. This year has had so much negativity, it’s time to move away from the hate and learn to accept. I’m choosing LOVE because a nation that doesn’t stand together will fall.”

This is just the beginning

Currently a student at St. Cloud State University, Aden has made history at the age of 19. While modelling may be her focus at the moment, she says she wants to become a UN ambassador one day so that she can help children who have faced similar adversity in life. Watch this space.