Babitz’s newly reissued memoir-in-essays sees an L.A. native writing about the city on her own terms.

The first time I found myself wrapped in what the writer Eve Babitz calls the “bloodless heat” of Palm Springs, I was on a work trip marketing, networking, drinking, among other verbs, at an e-commerce trade show. It was February; peak season for snowbird vacationers. After a disturbing interaction with an executive who suggested the key to ending liberal laziness would be to abolish maternity leave, I escaped the conference in the car of a wonderful woman who described her sadistic screenplay about a murderous uber driver. I felt like a newborn as we drove under the mauve San Jacinto mountains. All people have their geographical element. Mountains make me feel tiny and cherished. Most prefer the ocean, which reminds them of how lucky they are to have developed legs and crawled out onto a more knowable mass. For the writer Eve Babitz, it’s a more celestial geographical feature: the big sun over L.A. Specifically, the famously golden sunlight’s affairs with wavelengths — the Grand Marnier sunsets bleeding through smog.

Babitz’s newly reissued Slow Days, Fast Company: The World, The Flesh, and L.A. is a collection of stories about gamboling through the LSD colors of mid-70s Los Angeles and drifting into the region surrounding it — to the curious, fleeting pleasure of Bakersfield or the disappointment of Palm Springs. Prompting Babitz on her excursion to the desert is her new friend Nikki, someone Babitz would have dismissed as one of those goyish women who can’t be discerned from a white wall if not for her two-toned irises, “Her skin was the tone of the desert, no traces of rose, neutral. And just as you thought she was a complete reptile in doll’s clothes, she’d raise her eyes and there was the most wonderful surprise — her eyes were warmly golden at the pupil and became violet at the iris’ edge.” Accompanying them is Babitz’ lover Shawn, a recently-wounded divorcee named David, and a forgettable Jane.

When they arrive, they face the blankness of glass doors, swimming pools, and the imperative to relax. Babitz remarks, “…I felt at that moment that if I’d had my typewriter and some paper I could have written a novel so white that people would have kept it beside them always to empty their minds.” An indictment from a color addict. All that Alka-Seltzer white and blue quivering of the pools reflected in the numerous glass doors, drives her to drink half a bottle of tequila and start a row with her lover. The next morning begins a hangover-ridden marathon to reach the end of the day and thus be closer to the weekend’s end. Babitz writes, “The day was as though we were on a highway going ninety miles an hour towards an enormous mountain —noon— which we thought must surely come closer at any moment, but by 9:30 it was still the same size, just as far away.” 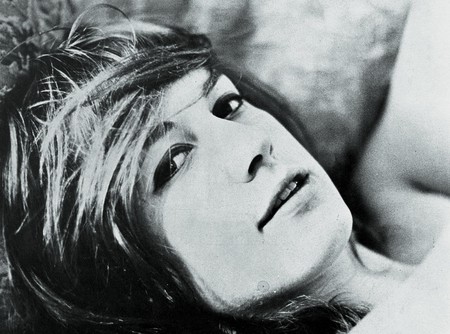 In every city Babitz visits, the same conclusion: there’s nothing worse than colorless tepidity. Of the “children of the dull rich” she meets at the private retirement paradise, Emerald Bay, she writes, “The women were allowed stripes and prints, but only in colors that washed them out or turned them green. And only in styles that took your mind off breasts and hips and put it on hair-sprayed, short, curled hairdos in which they had just invested twenty dollars and an afternoon making sure they didn’t look inviting to the touch.” In other words, dispense with color and you might as well befriend the fog in San Francisco. Nabokov, apparently, had the same fetish for sub-tropical hues. Babitz notes that he’d said in a then-recent interview that if he ever moved to America, he’d live in L.A. — because of the purple jacarandas.

Possibility and invention hover over the characters in Slow Days, Fast Company like waves above the asphalt on a hot day. In the introduction, she admits that she’s sprinkled asides meant to entice her lover to read her book, even though she knows it’s bad luck: “This is a love story and I apologize; it was inadvertent. But I want it clearly understood from the beginning that I don’t expect it to turn out well.” She’s entertaining the idea that stories change reality. I’m reminded of something Sheila Heti said in an interview with David Naiman about her novel How Should A Person Be: “I think stories have a kind of magical effect in the world,” she said, “if someone tells you this is where you’re going to end up, you’re lucky if you can forget that.”

Like Heti, Babitz isn’t interested in keeping her writing life separate from her personal life. She fuses them together, at times orchestrating events to write about. One way she does this is by cheating on Los Angeles. Whether it’s with a lover on whom she’s cooling, a slipshod group of new friends, or a fan boy back from London, she’s traveling with them to test her loyalty to L.A. She’s asking herself what’s more important: true love or the voluptuous uncertainty L.A. offers? She steps out on the city where she makes the most sense and pushes herself to experience the parts of L.A. she’d hitherto left out. Avidly indifferent to sports, she lets a no-nonsense older lover take her to Dodgers Stadium where she discovers an element of Americanness to her city. When the smog and parking lots start to wear on her, she creates a story about falling in love with Shawn from the infrequent event of rain: “It became clear to me that beauty has nothing to do with fashion, that love can conquer anything, sex is art, and let’s see…hope springs eternal. I love rain.”

Mid-70s L.A. is Babitz’s muse, but it’s a relationship she finds herself defending from critics who were quick to embrace Joan Didion but unwilling to seriously consider the lively chronicles of a sunlight chasing Hollywood native. In 1982, New York Times book reviewer P.J. O’Rourke remarks in a hilarious case of not getting it on Babitz’s novel L.A. Woman, “Sophie tells her story in a disorganized first-person narrative. There is no plot.” Babitz fought back. In the roll call of dedications to her 1974 debut memoir-in-essays Eve’s Hollywood, Babitz writes: “To the Dunne-Didions for having to be what I’m not.” And In the story titled “Sirocco,” she states, “Raymond Chandler and Joan Didion both regard the Santa Anas as some powerful evil…every time I feel one coming, I put on my dancing spirits.”

What might have put critics off at first are Babitz’s sentences—fluffy, golden, and spunky—which appear flippant, but like Marilyn Monroe infusing the ditz with closeted intellectualism, Babitz has a genius for revealing the depths of ostensibly shallow waters. Take the last sentence in “Sirocco,” a story about a lesbian dalliance that shifts the dynamic between Babitz and her male lover and ultimately lands her in the arms of a new lover — a gay man. Notice how Babitz legitimizes such sexual fluidity by making it seem breezy, “Just think, if we didn’t have Santa Anas, how straight we’d all be. Like the patterns of those searchlights outside the Blue Champagne.” So breezy, in fact, that queerness needn’t even be mentioned by name. Of course, it’s not so casual a topic for everyone. She reminds us that outside of Hollywood, bisexuality might cause tongues to wag. She describes a stiff hostess in “Emerald Bay,” she writes: “She had the same untouchable hair, the same bright-pink lipstick, the same terrible vague look around her eyes that got more confused when she was told that not only was I Shawn’s girlfriend (she knew Shawn was gay, and how could he be with me if he was gay?) but I was also a writer.” 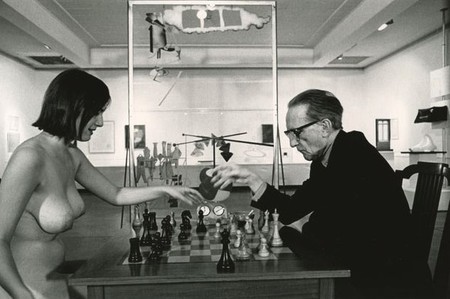 In her introduction to Slow Days, she states, “Virginia Woolf said that people read fiction the same way they listen to gossip,” But lest the New York Times reviewers be gossip abstainers, she puts it in terms they can understand: “You can’t write a story about L.A. that doesn’t turn around in the middle or get lost.” And if you’re going to write like a gossip, you’d better be out in the field, making sure no off-handed mention of a character or event gets lost:

“I can’t get a thread to go through to the end and make a straightforward novel. I can’t keep everything in my lap, or stop rising flurries of sudden blind meaning. But perhaps if the details are all put together, a certain pulse and sense of place will emerge, and the integrity of empty space with occasional figures in the landscape can be understood at leisure and in full, no matter how fast the company.”

In other words, if you still want to make art at the end of the day, you can do it in an expanse uncluttered by the thoughts and opinions of your contemporaries. And because L.A. is less of a city and more of a studio, it’s fun to see what happens when you subject people to time without the expectation of progress.

I was reading Eve’s Hollywood when I escaped the Marriott and decamped for the Ace Hotel Palm Springs, where I was, thanks to a friend, the first ever recipient for the Ace Hotel’s writer-in-residence rate. I’d tried every cocktail that looked good on the menu; my tan was taken care of by noon; I flirted with a songstress and paid $20 for her CD, only to ruin the moment by sputtering, “I’m an artist too.” So, at a table facing a lone mountain and eating a black kale salad, I started writing my own memoir-in-essays to pass the hours until my red-eye flight. I wrote until I couldn’t, and still the day dragged on. Sitting in front of the fire as the evening cooled into night, I hadn’t made any fast friends. I wondered if I’d been turned to stone. The day was interminable, but at least I could forget it.