Equal Access to the Internet in the U.S. Is Under Threat 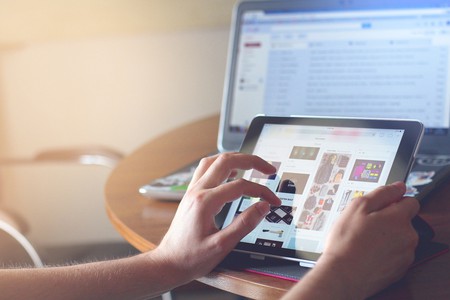 A proposed change in regulations could be about to make the internet in America a lot less equal.

The American Federal Communication Commission has announced plans to dismantle regulations that ensure equal access to the internet. The FCC will vote on the regulations in December, and the proposal to drop net neutrality is widely expected to pass.

It can be difficult to fully understand the basic premise or the repercussions of repealing net neutrality laws. The regulations ensure that telecoms companies, who provide the internet to American users, can’t treat different types of internet use unequally.

If the rules are abolished, an internet provider would be able to charge customers more for using YouTube, for example, or for using a certain type of messenger app. They can also slow down access to certain sites, putting an alarming amount of power in the hands of the likes of AT&T and Verizon.

There are other countries which don’t have net neutrality rules to protect the internet and suffer for it. In Portugal for example, the wireless carrier Meo offers a traditional data package, but on top of that users have to pay for additional packages based on how they want to use their data. These packages include paying €4.99 ($5.86) a month to get more data for messaging apps like WhatsApp, FaceTime, and Skype. There’s another one for social networks like Facebook, Instagram, and Snapchat and yet another for video apps.

In Portugal, with no net neutrality, internet providers are starting to split the net into packages. pic.twitter.com/TlLYGezmv6

Not only does this make it potentially more expensive to access the internet, those opposed to losing net neutrality claim that the move will hinder innovation in the U.S. The say the incumbent big players won’t be challenged by new startups, because users will prefer the apps they pay for in their packages. Meanwhile, telecoms companies will also be able to charge businesses to deliver their services to users faster. That means a young startup probably won’t be able to afford to offer the same product as a technology giant.

Major companies have spoken out against the FCC decision, including Facebook and Google. “We are disappointed that the proposal announced today by the F.C.C. fails to maintain the strong net neutrality protections that will ensure the internet remains open for everyone,” Erin Egan, a vice president at Facebook, said in a statement. “We will work with all stakeholders committed to this principle.”

There will be intense lobbying against the proposal in the run-up to the vote in December, and it’s highly likely there will be a legal challenge to any decision afterwards. In a country which prides itself on being the land of the free, and one which has born so many successful technology companies, it would be a major embarrassment for Americans to lose the freedom to use the internet how they want.