Emily Mortimer Fights for the Life of Literature 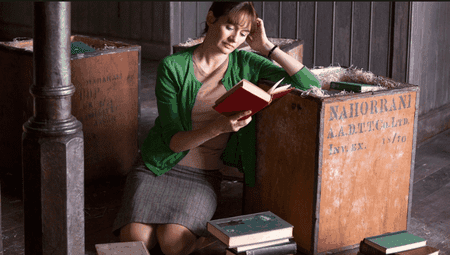 The Book Shop is a movie for everyone who loves reading, books and independent spirits.

If you’ve ever spent hours browsing a beloved bookshop that subsequently closed, your heart will go out to Florence Green (Emily Mortimer). Soulful Florence is not herself a browser, but a lover of reading who bravely resolves to open a bookshop in 1959, then finds that philistinism and local power have combined to wreck her dream. Marshalling exceptional performances by Mortimer, Bill Nighy and Patricia Clarkson, Spanish director Isabel Coixet made The Book Shop a rare kind of heartbreaker. It’s almost a tragedy, but its coda shows the lasting good that Florence does.

Adapted by Coixet from the first of Penelope Fitzgerald’s four semi-autobiographical novels (which she wrote before turning to historical fiction), The Book Shop was filmed in Spain and Ireland. It’s set, however, in the fictitious Suffolk coastal town of Hardborough, where the skies are permanently overcast and gossip and suspicion are rife. (Fitzgerald once worked in a bookshop in Southwold, Suffolk.) 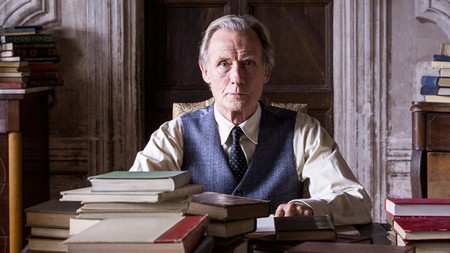 Inspired by the memory of meeting her late husband in a bookshop, Florence purchases a long-empty (and damp) old building on the Hardborough high street, opting to live in it while running her store on the ground floor. She thus falls afoul of Violet Gamart (Clarkson), a stately-home dweller and politically astute meddler who effectively rules Hardborough. Violet had intended to open an arts center on the bookshop premises, yet her interest in the arts is negligible; she only wishes to exert her power and remain unchallenged by anyone.

At first, the bookshop is a success – or at least a novelty. Kind-hearted Florence hires the pre-adolescent Christine (Honor Kneafsey) to help her run it, and they develop a mother-daughter bond. Edmund Brundish (Nighy), a gentleman landowner, becomes Florence’s best customer, though since he is a recluse and never sets foot in the store, she chooses books for him and has them delivered. Eventually Edmund invites Florence to tea. He considers himself too old to court her, but the two scenes in which they are alone are more sigh-worthy than most movies dedicated to romance. 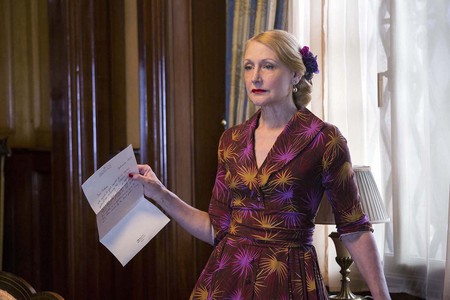 Oozing spite over Florence’s temerity in opening the store, Violet not only contrives to open a rival bookshop in Hardborough, but also enlists two men to help wage her campaign against Florence. Milo North (James Lance) is a smarmy BBC producer who pretends to befriend Florence but heinously betrays her; Violet’s nephew is a prissy Member of Parliament who writes a bill mandating that historically important buildings vacant for five years can be purchased by local councils. Edmund – almost literally Florence’s knight – rushes to her rescue. Money, power and influence are seldom defeated, of course. When no last stand is left for Florence, it is Christine who makes one.

The two literary pillars of wisdom in The Book Shop are Fahrenheit 451 and Lolita. Florence sends the former – Ray Bradbury’s McCarthyism-inspired novel about a dystopian America that burns books – to Edmund for his pleasure and edification. She sends Vladimir Nabokov’s literary shocker to Edmund, seeking his advice on whether she should stock it or not; acting on his opinion, she orders 250 copies. This traffic between them represents an exchange of ideas between mature adults who are liberal, reasonable, generous and non-judgemental; Violet and Milo, in contrast, are the book-burning Herod and Judas.

Tartly narrated by Julie Christie (who starred in the 1966 François Truffaut film of Fahrenheit 451), The Book Shop could have turned into a saccharine hybrid of 84 Charing Cross Road and Notting Hill. Instead, it’s an unsentimental – even strangely violent – and affecting movie that speaks to the current siege on reading, literacy and independent bookshops everywhere. When Florence and Edmund each utter a howl of anguish over the plight of Florence’s bookshop, it resounds.

The Book Shop opens in the US on August 24.