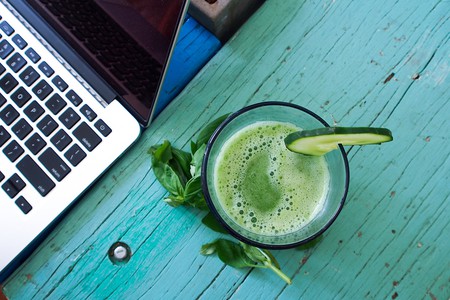 After gorging your way through the holidays (to the tune of 7,000 calories) the idea that green juice and herbal concoctions can atone for gluttony is incredibly appealing, but is there any evidence that detoxing actually works? Medical science says no…

The official definition of a toxin, according to the Oxford English Dictionary, is “a poison of plant or animal origin, especially one produced by or derived from microorganisms and acting as an antigen in the body.” A deviation from the detox industry’s definition, which is used loosely and liberally to imply a purging of mysterious unhealthy substances from the body.

You’ll see this word splashed on supplement bottles and tubs of body scrub, mentioned on swanky meal-delivery menus and applied to any yoga pose involving a twist — the idea being that you can somehow physically squeeze “toxins” from your organs.

The spiel suggests that without active detoxification your body will become a noxious vessel full of festering junk food and alcohol fumes, but this isn’t the case. You have an internal detoxing system that was purpose built for flushing waste products, and if it wasn’t doing its job you would be very dead very quickly.

“The basic concept of ‘detoxifying’ is blatantly flawed, because our natural processes, especially liver and kidney function, cleanse our bodies far better than any extrinsic activities or substances could possibly achieve,” explains Morton E. Tavel, MD, who authored the book Snake Oil Is Alive And Well: The Clash Between Myths & Reality.

He’s wary of the health repercussions associated with products or plans which equate to fasting, noting that “nutritional deficiencies and blood-sugar problems are serious drawbacks. In contrast to the claimed benefits, a fast can actually weaken the body’s ability to fight infections and inflammation. Also, because most of these diets contain very little protein, it can be difficult to rebuild lost muscle tissue.” 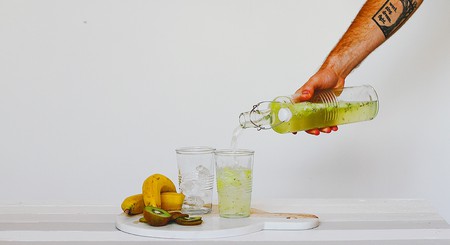 What most detox products are selling is the promise of weight loss, which isn’t necessarily the same thing as healthfulness and often comes at great expense to the body.

If you’re active on Instagram you’ve probably come across “teatoxes” — herbal tea companies that claim to help with “fat burning” and “bloating” and pay influencers like the Kardashian-Jenners up to $500,000 per sponsored post. According to Racked, which did a deep dive into the teatox business earlier this year, “the primary ingredient in nearly every single ‘detoxifying’ tea is senna, an FDA-approved plant found in Ex-Lax and a number of its stimulant laxative competitors.”

It might help you lose a few pounds temporarily, but taking laxatives on a regular basis without the OK from your doctor isn’t a good idea. It can mess with your digestion, causing cramps or an upset stomach, and might even affect the essential good bacteria in your gut.

What about a short stint on a strict “detoxing” diet that omits sugar, red meat, alcohol and caffeine? Could that boost your health? One study, published by the BBC, took 10 party-hearty participants on a 10 day retreat, placing half of them on a vice-free regimen, while the other half were allowed a balanced diet that included foods like chocolate, coffee and beer in moderation. At the end of the retreat the results were revealing: “after testing the kidney and liver functions and measuring the antioxidant and aluminum levels in their blood we found there were no differences between the groups.”

This is not to say you can ingest large quantities of whatever you like, especially in the case of booze. Dr. Natasha Bhuyan, who practices with One Medical in Phoenix, explains that “excessive drinking during the holidays can have unexpected long-term consequences. It can cause inflammation of your stomach, increased blood pressure, liver damage, oral and gastric ulcers, vitamin deficiencies, depression, memory issues, sexual dysfunction, and nerve damage. Even just one night of binge drinking can affect your health.”

So what is the answer? Dr. Bhuyan recommends setting small, practical goals you can stick to rather than making drastic and potentially unhealthy short term changes. “Tell a friend about your health goals so they can make sure you are fulfilling them. Keep a journal or log information into an app,” she says. “Finally, connect with your primary care doctor if you are struggling. We want to be a partner in your health.”

Healthiness is all about the long game, ultimately. Don’t punish yourself for an indulgent December. Just resolve to try and workout every week, walk 10,000 steps a day, drink eight glasses of water and eat more vegetables. Your body will naturally take care of the rest.