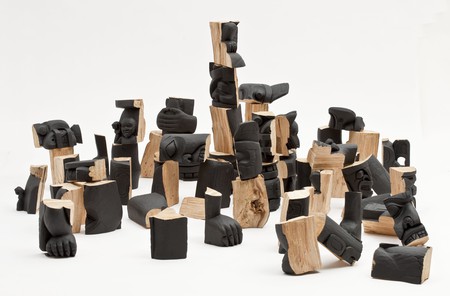 Nicholas Galanin (Tlingit-Unangax) I Think It Goes Like This, 2016 | Courtesy of Eiteljorg Museum of American Indians and Western Art

Artist Holly Wilson is a different kind of storyteller. A multimedia artist dabbling in everything from dreamy encaustics to bronze works, the award-winning stories she tells are showcased in art galleries across the world. And as a member of the Delaware Nation/Cherokee tribes, her talents give life to tales seeped in distinct oral storytelling tradition.

“As I’m building the work, I’m building the story,” Wilson says. “And that, to me, is my direct link to my history. My culture. So everything I have has a reason or a story behind it. And there was always this idea where everyone would tell the stories of their tribe. You would get an influx of a bunch of people, from a bunch of different tribes.”

Across the United States, contemporary native artists like Wilson are finally having their moment. Whereas previously—and erroneously—native artwork was relegated to anthropologic sections of galleries, a handful of institutions are now starting to add more work of native contemporary artists to their exhibits and rotational collections. This means that Wilson’s story, and those of other Native American artists, are finally being told in appropriate artistic spaces. 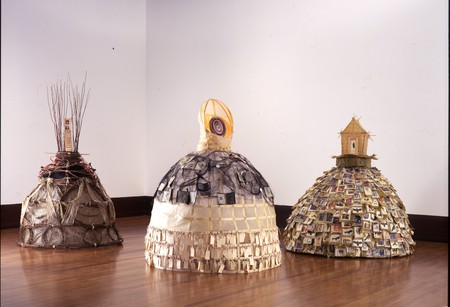 “It’s that idea that there needs to be a broader inclusion of art as a whole across the art world,” Wilson says. “The only other thing is to make sure that we’re in the mainstream. That’s been a big fight within the community and outside.”

“We have work that is of the highest quality and deserves to be in some of these major art collections. But they’re not mostly,” Phillips says. “This is one of the issues that the field of Native American contemporary art has faced for decades.” 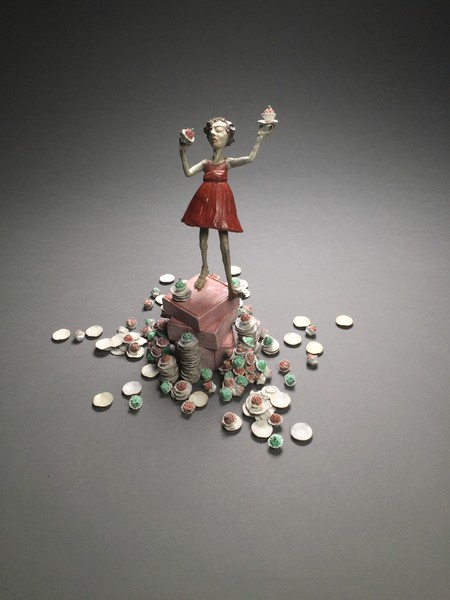 In a society where education about Native American culture is limited to a pre-1800s perspective, major art institutions must, before displaying contemporary native art, reckon with their lack of knowledge about the stories being put forth. As a result, more often than not, they simply choose not to.

“The critics don’t understand it,” Phillips says. “And then the curators kind of shy away from it. But the artists definitely don’t let those venues drive their aesthetics.”

In Indianapolis, at The Eiteljorg Museum of American Indian and Western Art, contemporary native artists also flourish. The largest purveyor of Native American and Western art east of the Mississippi, the museum was set up the Eiteljorg Fellowship for Contemporary Native Art in 1999 with the intention to showcase the talent of these contemporary artists and to offer institutionalized support for their work. Curators specializing in modern and Native American contemporary art select five artists every other year to receive (among other awards) a $25,000 grant and a space in an exhibition. Wilson is one of those fellows.

“It acknowledges contemporary native work, and that can be kind of an oxymoron to some people,” Wilson says. “You’re acknowledged for the work you do.” 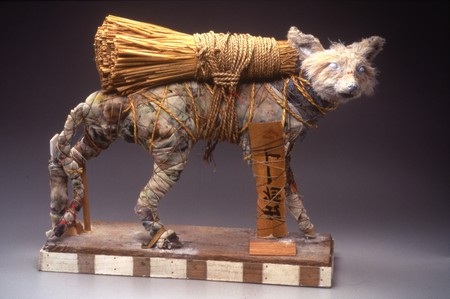 The Eiteljorg fellows’ contemporary pieces are showcased in separate exhibits, which clearly differentiates the aesthetic of the contemporary artists from traditional works throughout the museum. Contemporary Curator Jennifer Complo McNutt says the stories these artists craft in their pieces range from the intensely personal to social commentary, dispelling stereotypes about Native American culture through dynamic visuals.

“People have expectations that they’re gonna see arrowheads and feathers and beads. And some of those things are included in some of the work,” Complo McNutt says. “But then, of course just like any other artist, contemporary native artists want to express themselves.”

Wilson agrees with this assessment. “You can see that there’s a universal connection between contemporary native and non-native art being made,” she says. “I think if we line up art across the world you would see there is a thread all the way across that addresses identity, and family, civil rights, humanity. All the way across.” 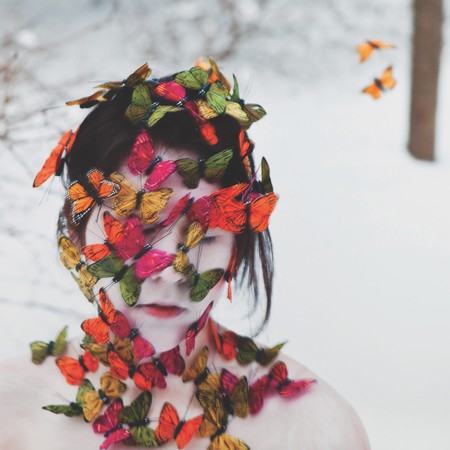 For those working to make native contemporary art a mainstream medium, that thread is essential, as it has the potential to foster understanding and acceptance of their community on a global scale.

Wilson says that sharing those complicated themes through art is an honor.

“You look at people and think, ‘Oh I’m so much different than them. I could never understand how that person is in life’. But if you really step back, that person has love, and great heartache, and suffering, and loss. Just the same as you do.”