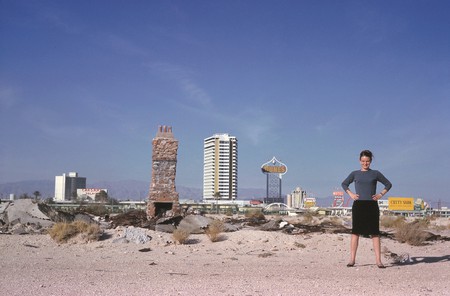 Denise Scott Brown is one of the most important female architects of the 20th century and an equal half of Postmodernist firm Venturi, Scott Brown and Associates, a company she set up with her husband and lifetime collaborator. Scott Brown has also been an avid campaigner for equality in the profession, especially after Pritzker Prize judges famously gave the award to only Venturi rather than both of the architects in 1991.

Zambian-born Denise Scott Brown had grown up believing architecture was women’s work. Strewn among the photograph albums and breakfast bowls on the family’s kitchen table were her architect-trained mother’s blueprints for a new home. It was only when she began her degree at the School of Architecture at the University of Witwatersrand, Johannesburg, that the scales began to fall from her eyes. Genuinely surprised to discover she one of just five women in a class of 65 students, she would sign her drawings with her full name so that everyone would know they were done by a woman. 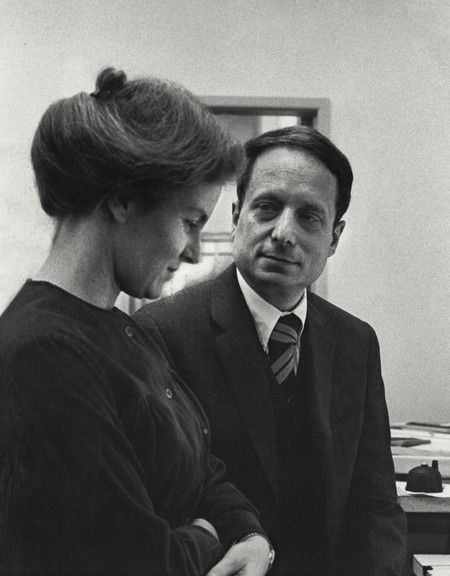 In 1952 Scott Brown moved to London’s Architectural Association (AA) to further her studies while gathering valuable work experience in the offices of Ernö Goldfinger, Denis Clarke Hall and Frederick Gibberd on projects ranging from residential buildings to hospitals. As liberating as she found the AA experience and the progressive ideologies of post-war British architecture, she recalls one particular internship interview where the architect in charge turned to her and said, “I am very sorry but I can’t pay you as much as the men, because the secretaries in my office would object if I did.”

Scott Brown moved to the US in 1958 to develop her interests in city planning and architecture, eventually progressing from student to faculty at the University of Pennsylvania. It was here she met Robert Venturi, and a friendship was formed based on shared interests. It became a two-way dynamic in which they taught courses together, critiqued each other’s writings and edited each other’s work until, eventually, their work became a joint product. 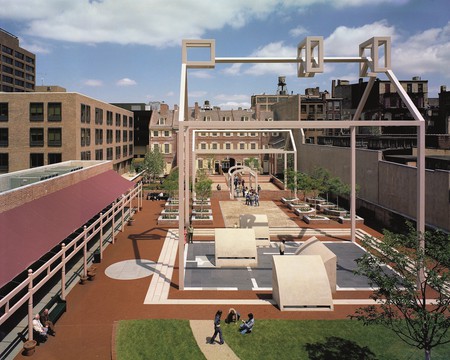 In 1966 they embarked on the road trip that would lead to their famous analysis of Las Vegas, Learning from Las Vegas, which sparked debate through its impassioned critique of heroic and monumental architecture and eventually became a seminal text of Postmodernism. In 1967, Scott Brown joined Venturi’s firm (the same year they married); and in 1969 she became a partner of Venturi Rauch (later Venturi, Scott Brown and Associates). 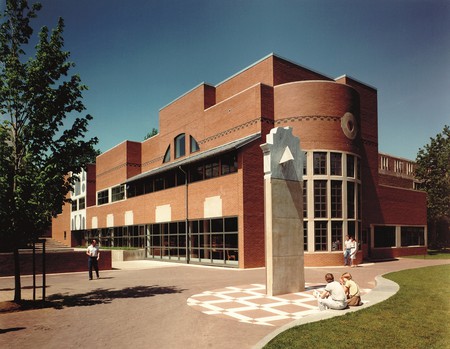 Together they opposed the ideologically stale version of late Modernism that continued to dominate contemporary architectural practice and, instead, through their various publications, superb master plans and many buildings, defined a view of architecture that celebrated complexity and contradiction. Their Fire Station Number 4 at Columbus, Indiana (1968), the Franklin Court Museum and Memorial in Philadelphia (1976), the Gordon Wu Hall at Princeton University, New Jersey (1983), and the Provincial Capitol Building in Toulouse, France (1999), articulated VSBA’s ways of thinking about architecture that were inclusive and eclectic, with intricate and often shocking juxtapositions of materials and ornamental flourishes. 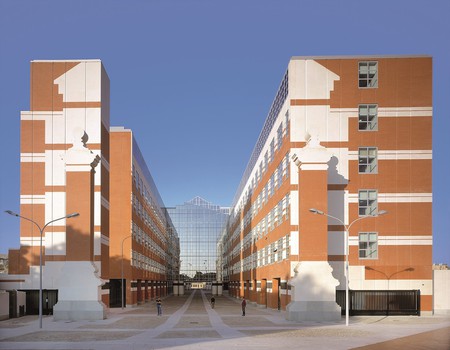 Throughout 1987 Scott Brown worked on two of the firm’s biggest projects in tandem, one as Principal in Charge of the urban planning (street furniture, public pathways, landscaping, traffic flows, cultural planning and commercial development) for an area in downtown Memphis, Tennessee, the other as part of the architectural team for the Sainsbury Wing extension of the National Gallery in London. Despite being at opposite ends of the architectural scale (one an expansive exterior space, the other a container for precious artworks), Scott Brown revelled in the challenge, finding the exchange of skills and extremes of collaboration “exciting intellectually and aesthetically.” As she later added, “There is no immaculate conception of ideas. Collaboration is the truth of architecture.”

In 1991 when Robert Venturi was awarded the Pritzker Prize for architecture (the profession’s equivalent of the Nobel Prize), Scott Brown – despite her co-partnership and the critical position she played alongside Venturi in the evolution of architectural theory and design – was not included in the award’s citation. 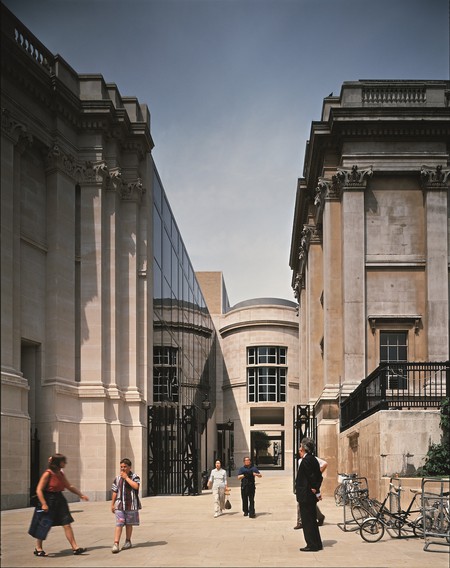 Jubilee Walk, located between the main building (right) and Sainsbury Wing (left) of the National Gallery in London | © Matt Wargo

Venturi naturally demanded that Scott Brown be acknowledged through a joint award, but was told it was not possible. At that time, the Pritzker only acknowledged individuals, not partnerships. Scott Brown was effectively disqualified from Venturi’s professional history.

An attempt to right the wrong was made by students at Harvard’s Graduate School of Design in 2013. With the backing of over 20,000 signatures, their petition demanded that Scott Brown be “retroactively acknowledged for her work deserving of a joint Pritzker Prize”. When he signed the petition, architect and former Pritzker laureate himself Rem Koolhaas added, “The fact that one of the most creative and productive partnerships we have ever seen in architecture was separated rather than celebrated by a prize has been an embarrassing injustice which it would be great to undo.”

While the governing body of the Pritzker refused to undo their injustice, a number of other award bodies, including the American Institute of Architects Gold Medal (2016) and the Architect’s Journal Jane Drew Prize (2017), stepped in to redress the balance. On receipt of the 2017 award for her outstanding contribution to the status of women in architecture, Scott Brown said, “I’m a bit punch drunk on the whole subject of prizes as you can imagine, given my history with them.” 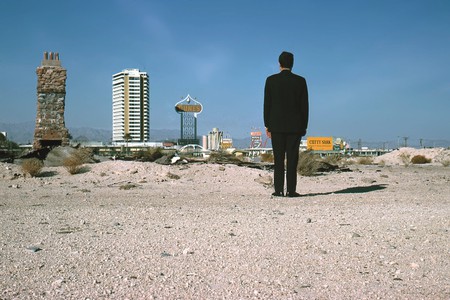 The now iconic photograph from Learning from Las Vegas of Scott Brown standing arms akimbo, legs firmly planted in the Nevada desert, has become pictorial shorthand for the advocacy for women in architecture and gender parity within the industry as a whole. As easy as it would be to read this picture as a lone female protagonist standing against the world, such a view would overlook the intended flipside of the photograph – a picture of Robert Venturi with his back to the camera, supposedly facing Scott Brown. Viewing one without the other might risk prioritising the individual at the expense of the partnership, and stand to reinforce the exact elitist star system in architecture that Scott Brown has rallied against since writing her most poignant text Room at the Top? Sexism and the Star System in Architecture.

This is an edited extract from Women Design by Libby Sellers, published by Frances Lincoln. Buy your copy of the book here. To read more of the Design Masters series, click here.