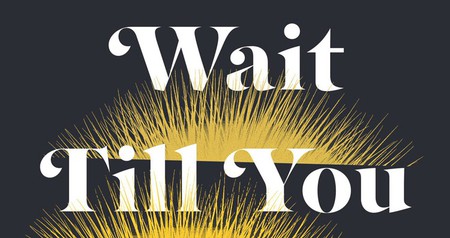 Wait Till You See Me Dance, by the Pushcart Prize-winning writer, is strange, witty, and meticulous. 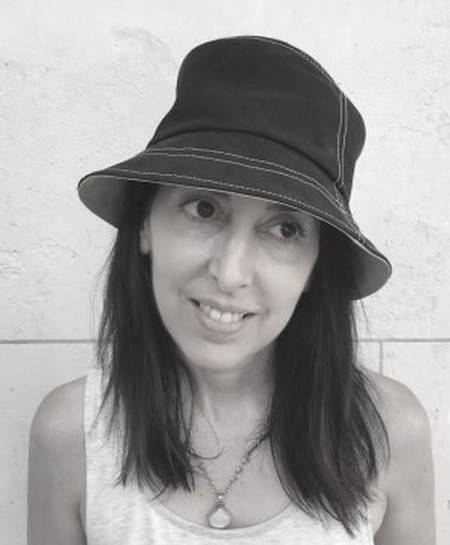 I first encountered Deb Olin Unferth in Issue 213, Summer 2015 of The Paris Review. At the time, I didn’t know it was Unferth, just that her story, ‘Voltaire Night,’ was something to talk about. And I did: I shared it with friends, teachers, family members, anyone who was familiar with Candide, really. I looked her up, couldn’t find her books readily available at the nearest Barnes & Noble, after which, I’m ashamed to admit, her five-syllabled name faded from my mind.

Two years later and I’m turning to page 95 of Unferth’s lovely second collection of short fiction, Wait Till You See Me Dance, and I reencounter that very same story, which follows a creative writing class at a local night school as they put on the so-called ‘Voltaire Night’—where pupils and professor compete to tell “the story of the worst thing that’s happened” to them. And the work, with its keen, darkly executed observations on self-indulgence, frightened and dazzled me all the same.

While Wait Till You See Me Dance is her first stand-alone collection of short stories, Unferth has also penned the collection Minor Robberies, the novel Vacation, and the memoir Revolution: The Year I Fell in Love and Went to Join the War, a finalist for the 2012 National Book Critics Circle Award. Her work has appeared in Harper’s, The New York Times, McSweeney’s, and the Boston Review, and she is the recipient of two Pushcart Prizes (including one for ‘Likable,’ which opens this collection). Rest assured, you’re in good hands with Ms. Unferth.

The stories in this latest release range, in length, from paragraphs Lydia Davis-esque in their pithy wisdom (‘Yesterday’) to nearly thirty pages of strange, murderous intent (the eponymous ‘Wait Till You See Me Dance’). When Unferth chooses to write only a few hundred words, the stories detail the lives of ambiguous he’s, she’s, and they’s, specific in their idiosyncrasies (the mother in ‘Pet’ who becomes obsessed with two turtles who wind up in her care) yet also familiar—without ever being banal, a true accomplishment —in their relatability (‘Draft’ and, for anyone who’s ever Facebook-stalked a date, ‘Open Water’).

When she chooses to take her time, the words become more sinister, the jokes meaner and funnier, while the writing, in turn, becomes more vulnerable. Her protagonists are almost always narrating from the outside: shifty shadows at the periphery, silver-tongued and wry-humored. You’re never sure if they’re wise or deranged, maybe both, but it’s a delight to clatter about in Unferth’s stories, finding bits of insight and little truths at every turn.

‘The First Full Thought of Her Life,’ one of the longer stories, is a rare instance of earnestness in the collection: an idyllic family (Ma, Pa, little girl in pigtails, a babe) takes a day trip to a dune, unknowingly targeted by a trigger-happy shooter with a Bushmaster AR-15 semiautomatic rifle. As the latter prepares to fire, the narration shifts between that of the gunman and those of the various family members, resulting in an unspoken dialogue between both parties. What is remarkable is Unferth’s unapologetic voice; while some writers may opt for sentiment or sap in such a story, hers is a sharp, biting rebuke of gun violence and of the strength and sadness behind every façade of so-called perfection or privilege that such misdirected anger seeks to destroy:

“Oh, if he had any notion of the clatter of deaths and broken bodies behind this family. He thought they didn’t know suffering?

At twelve she’d nursed her mother through an illness that had lasted three hundred days.

She’d had a brother – now in a grave in a desert.

She’d had another baby, before these two, who hadn’t made it out alive.

There had been her grandmother, whom she’d never met, locked up at forty and never seen again so that her father had a hole in him while he raised her.”

Just as in ‘Voltaire Night,’ Unferth has little patience for self-pity—a list of misfortunes collect behind the family matriarch, who, despite it all, has kept going in life—even as she examines the fickle nature of human relationships, such as the standout ‘Stay Where You Are,’ which tells of a British couple who are taken hostage by a soldier in Central America. There isn’t, in fact, a story in Wait Till You See Me Dance that isn’t executed with the same painstaking care, wit, and strangeness as the aforementioned ‘Likable,’ ‘Pet,’ and title piece, all of which come together for a self-assured collection from a seasoned voice.

Ms. Unferth, I apologize for ever forgetting your name.