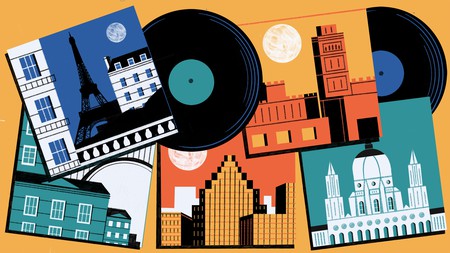 Music is one of the best ways to experience another culture abroad. Whether it’s catching a live gig or picking up some vinyl that’s hard to get at home, your trip could end up expanding your cultural horizons.

Watching your favourite band perform abroad with your closest friends is one of those unforgettable moments that everyone should experience once in their lifetime.

These days, more people are heading abroad to get their musical fix. Whether you’re already travelling and want to be entertained for a few hours or you’ve made the trip especially to see a gig or go to a festival, watching live music is a great way to experience the local culture. Here are Culture Trip’s top five music destinations for 2019.

Head to South by Southwest in Austin, United States

There’s dedication to music, and then there’s giving yourself the nickname ‘Live Music Capital of the World’. Austin, in the state of Texas, more than lives up to its self-appointed label. It’s most famous for South by Southwest (SXSW), a cutting-edge showcase for the best in music, film and interactive media that takes place every year, as well as the Austin City Limits festival. There’s also an incredible array of live venues all over the city including dive bars and ornate theatres.

Take in the Sziget Festival in Budapest, Hungary

Hungary’s capital has everything to keep even the most demanding music fan happy. You can catch a rock gig at a ruin bar, a concert aboard a revamped Ukrainian ship or a show at one of the city’s most beautiful landmarks, St Stephen’s Basilica. The highlight of the city’s arts calendar is the annual Sziget Festival in the summer, which brings together the biggest names in music for what has been dubbed Budapest’s version of Glastonbury.

Dance ’til you drop at Oasis in Marrakech, Morocco

Marrakech has long been a winter holiday favourite, but the Moroccan city is fast becoming the go-to destination for dance fans thanks to two new festivals offering them the chance to get their rave on in the North African sunshine. Oasis festival brings together the finest names in house and techno, while Atlas Electronica, held just outside the city in Villa Janna, prides itself on its intimate atmosphere.

Enjoy everything from opera to rock in Paris, France

Paris isn’t just the most romantic city in the world; it’s also one of the best for live music. The French capital is home to several legendary concert venues and a host of smaller, cosier spaces. Catch an opera at the magnificent Palais Garnier, watch an indie gig at La Cigale, or check out new acts at L’International. Numerous festivals are held throughout the year including Pitchfork Paris, We Love Green and Rock en Seine.

The Portuguese city has long had a reputation as a relaxed coastal destination with a charming old town and great wine bars. But in the past few years it has become increasingly popular with music fans due to NOS Primavera Sound, an offshoot of the trendy Barcelona festival, which people visit so they can listen to the incredible line-up of indie artists while sipping port.

For more of this series, check out our wishlist article on fashion destinations in 2019.