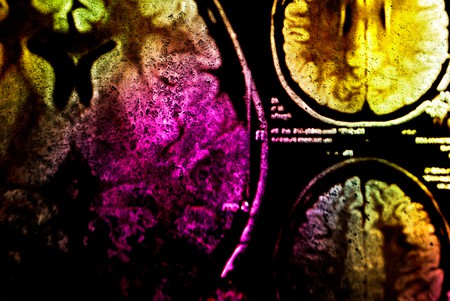 Of the 111 brains of deceased National Football League (NFL) players examined recently, chronic traumatic encephalopathy, more commonly known as CTE, was discovered in 110 of them, according to a new study published in The Journal of American Medical Association.

CTE is a degenerative brain disease found in people or athletes who have suffered repeated blows to the head. Symptoms include headache, dizziness, memory loss, and even depression or dementia.

“There’s no question that there’s a problem in football. That people who play football are at risk for this disease,” Dr. Ann McKee, director of Boston University’s CTE Center and co-author of the study, told CNN. “And we urgently need to find answers for not just football players, but veterans and other individuals exposed to head trauma.”

The study examined 202 brains from deceased football players from a brain donation program. CTE was diagnosed in 177 players (87 percent) across all levels of play, and in 110 of 111 samples (99 percent) of those who played in the NFL. Unfortunately, diagnosing CTE can only happen through autopsy.

The researches in this study, the largest of its kind, did note a potential bias because the brains donated by players’ relatives to be studied were submitted because the player had shown symptoms of CTE while alive.

Of the brains in the study, 44 were from linemen—who are more prone to head-on-head collisions—followed by running backs (20) and defensive backs (17). Even one punter and place kicker had their brains examined.

Will Rackley, a former offensive lineman with the Jacksonville Jaguars and Baltimore Ravens, had to retire from the NFL after sustaining three concussions in a nine-month span. He has suffered from post-concussion syndrome since 2014.

“Right now dealing with the issues I’m dealing with, I’m a prime candidate for CTE,” Rackley said after a 2016 CTE study. “A lot of guys may have CTE and live normal lives, but with my issues I’ve been having every day for the last couple of years it’s concerning what might happen over the next 5 or 10 years.”

The NFL is certainly aware of the links between playing football and CTE. Jeff Miller, the league’s senior vice president for health and safety policy, has acknowledged the link, and USA Football, the governing body of amateur football, has implemented various changes at the youth level to increase safety and awareness of head/brain trauma and injury.